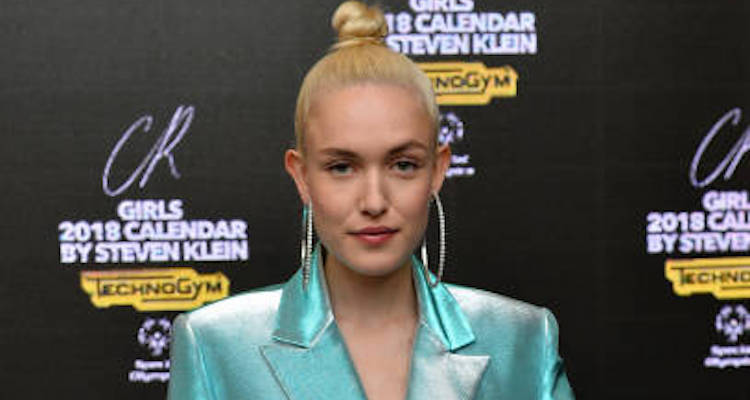 Since Lena Dunham’s public break up with Jack Antonoff, fans have been wondering, who is Jack Antonoff dating? As it turns out, Jack Antonoff’s girlfriend is photographer Carlotta Kohl, and fans of the 33-year-old musician want to know more about the new woman in his life! To find out more, have a look at our Carlotta Kohl wiki.

Carlotta Kohl’s age is unknown, but there are far more interesting facts about the German-born, Paris-raised photographer, who currently lives in New York City. On top of that, she’s a model, painter, and sculptor who has a BFA from the School of Visual Arts. For Carlotta Kohl’s pics, you’re better off heading over to her Instagram and checking out her posts. Many of the shots are focused on fashion, friends, and relaxing in the sun.

She Self-Identifies as an Artist

It can be hard to answer what you do for a living when you have so many job titles, but when asked about being a model or photographer, Kohl prefers to be identify in a broader term.

“I would say it’s half and half,” she told Paper magazine. “When people ask me what I do, I say I’m an artist. That’s always what I identify as. Modeling is a job. It’s what I do to pay my bills and support my art. There are times when the two are able to blend and that’s been exciting. I’m lucky to be working at a time where it’s encouraged and almost expected to do other things. The industry has changed a lot in that regard. You’re no longer cast based solely on appearance.”

She also mentioned how hard it is to be taken seriously as an artist, saying, “I think people can get preoccupied by my working as a model. Being an artist has definitely helped my career as a model, but the same can’t be said the other way around. Modeling still has this stigma attached to it. Then there’s the whole being a woman thing.”

Her Parents Were in the Fashion Industry

“My parents were in the industry for a long time,” she told Paper. “I grew up seeing two different sides of the industry and how they came together to create something powerful. I got to see how both my parents brought their unique sensibilities to a photograph. Being so close to that world definitely shaped my interests subconsciously.”

She added, “I became aware of the power of photography and started taking photographs of my own at a young age. I ended up going to SVA and graduating with a BFA in photography. I didn’t necessarily think I would end up in fashion, but it’s been cool to bring my aesthetic and ethos to fashion shoots.”

For a while, Antonoff’s fans thought that singer Lorde was dating Antonoff, but that wasn’t the case. The two had been working on music together and their relationship was nothing more than two friends working together.

“When I came to New York, [Jack and I] had only written together a couple of times and we were very obsessed with each other on a creative level and as buds,” Lorde told People.

Looks like Jack Antonoff and Carlotta Kohl fans have nothing to worry about!