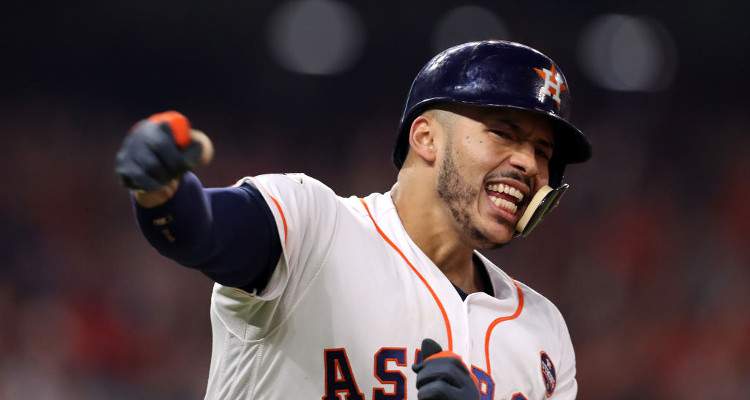 The world seems to be talking about Carlos Correa’s proposal. Immediately after winning the World Series, the Astros’ shortstop proposed to his girlfriend, Miss Texas Daniella Rodriguez. Is she the future Mrs. Correa? Read on to find out.

Houston Astros star Carlos Correa is no stranger to the game. His performances as a player have always exceeded expectations. This time around, he’s in the news for something other than his game. Fans jumped out of their seats when Carlos Correa proposed to his girlfriend, Miss Texas Daniella Rodriguez, after winning the World Series. Correa had been wanting to propose for a while, but was waiting for an occasion to do it on a national stage. In Game 7, the Astros’ 5-1 win over the Dodgers gave him precisely the opportunity he hoped for. He said, “I was like OK, so we have a championship caliber team, so let me wait it out to see if we can be champions and do it at the big stage. So, we were able to win the game, which was the first part of my day to accomplish, and then I was able to do it.” How adorable! Well, he surely makes a great boyfriend —now fiancé. We have some sneaky facts about him in Carlos Correa’s wiki.

Born on September 22, 1994, Carlos Correa is 23 years old. He is of Puerto Rican nationality and a shortstop for the Houston Astros. In 2015, he made his MLB debut and won the American League Rookie of the Year Award. In the 2012’s MLB draft, he was the first overall pick by the Astros. Correa is an honor roll graduate of the Puerto Rico Baseball Academy and High School, and has so far been the highest selection to come directly from a Puerto Rican high school. After Alex Rodriguez and Adrian González, Correa is the third Latino to be the first overall selection in an MLB draft.

It turns out that Correa surprised everyone but his parents when, immediately after winning the 2017 World Series, he went down on one knee and asked his long-time girlfriend to marry him. All this happened on live TV! Rodriguez came to support her boyfriend and was in the stands at Dodger Stadium. This beautiful woman was with Correa for much of his professional career. She won the Miss Texas pageant in 2016 and was the third Latina in a row to win the title.

It is difficult to guess what Carlos Correa’s salary is. He makes a jaw-dropping $535,000. Unreal, isn’t it? His net worth has not yet been calculated.

With his live proposal on national TV, Carlos Correa proved that he’s not just an ace baseball player, but also a thoughtful and loving boyfriend. Well, fiancé. After seeing that adorable proposal, we sure can’t blame Rodriguez for saying yes!