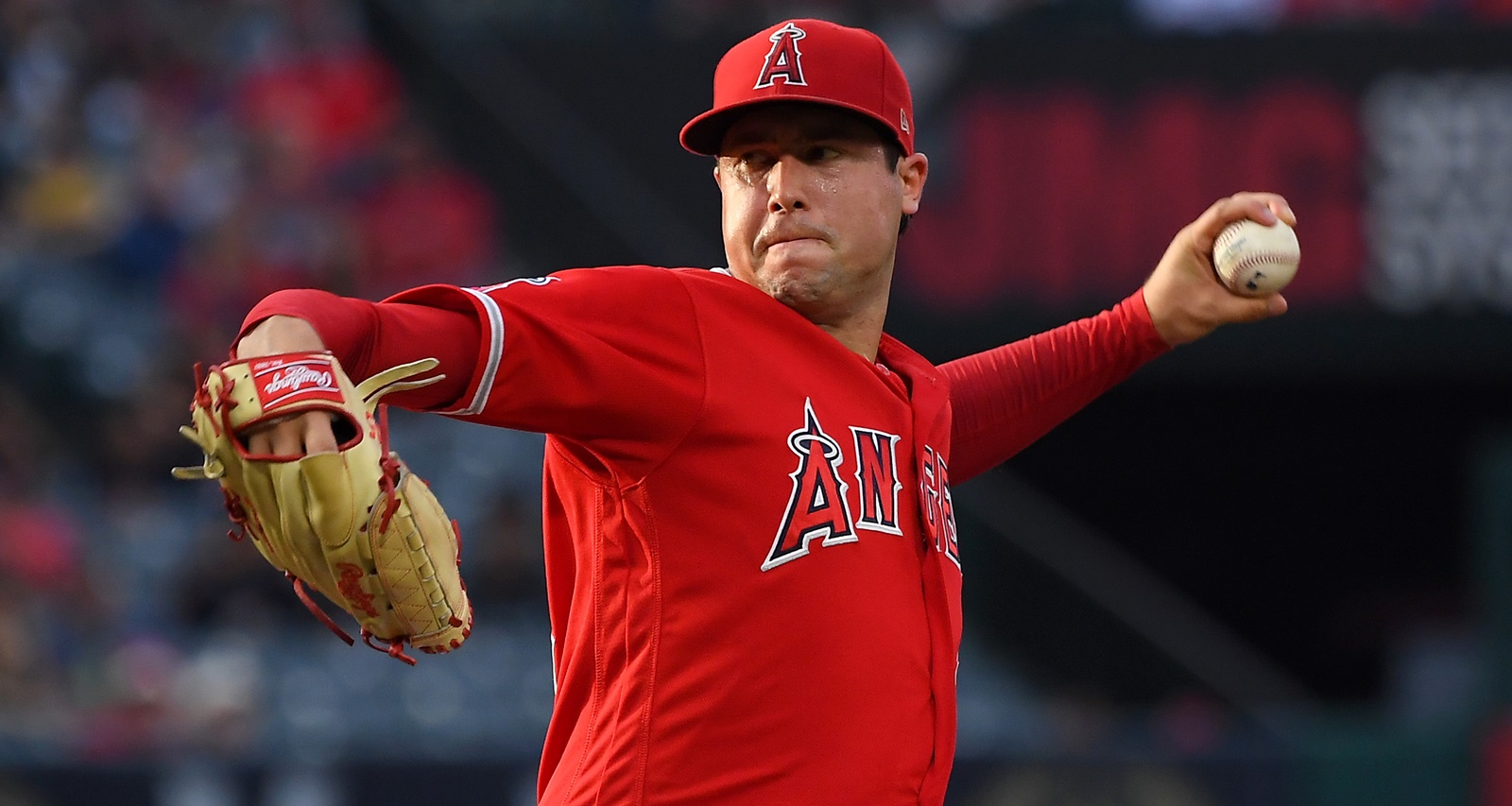 Tyler Skaggs #45 of the Los Angeles Angels pitches in the first inning of the game against the Oakland Athletics at Angel Stadium of Anaheim on June 29, 2019 in Anaheim, California. (Photo by Jayne Kamin-Oncea/Getty Images)

Los Angeles Angels pitcher Tyler Skaggs was found dead in a Texas hotel room on July 1, 2019, ahead of a game against the Texas Rangers. The team confirmed the news of his passing while also sending condolences to his family, including his newlywed wife. Skaggs is survived by his wife, Carli Skaggs, whom he married less than a year ago. Here’s what you need to know about Tyler Skaggs’ wife in Carli Skaggs’ wiki.

Carli Skaggs Is from California

Born Carli Miles on January 26, 1987, she is a native of Los Angeles, California. Her family also lives in the Golden State, including her mother, Nina Miles, and brother, Skyler.

Happy 30th birthday to the love of my life! @carmiles #catchla ❤😍

Tyler Skaggs was drafted by the Los Angeles Angels in 2009, but he played in the minor leagues before his 2012 MLB debut. He first played for the Angels in 2014, and again from 2016 until his untimely death in 2019.

The couple recently bought a home in Santa Monica, California, where they lived together.

Tyler and Carli Married during the 2018 Off-Season

It’s unclear how the MLB pitcher met his wife. They’ve appeared on each other’s social media accounts as far back as 2014.

They celebrated their anniversary in November and it was in November 2017 that Skaggs proposed to his then-girlfriend while they were vacationing in Bora Bora. She said yes and a year later they tied the knot.

The love of my life said Yes! 💍 ❤️ #BoraBora

Tyler and Carli married on December 1, 2018, during the MLB off-season. The wedding took place at Calamigos Ranch in Malibu.

They nearly had to call off the wedding because of the California wildfires, but it went ahead without any apparent problems. They had occasionally shared pictures from their special day on social media.

“Being a so-called baseball wife has a stress all its own,” Carli said. “Since Tyler’s regularly on the move, we lack that traditional stability.”

Yesterday one of my closest friends got married to the love of her life! 😍Honored to be apart of that special day! #MrandMrsSkaggs #loveMyCarliBoo #gorgeousbride #bridesmaids

Less than a year after their wedding and days away from his 28th birthday on July 13, Skaggs was found dead in a hotel room in Southlake, Texas. The cause of his death has yet to be determined.

Carli, who previously shared her life as an MLB WAG on Instagram, expressed her grief on the platform. Her Instagram is now private, but she reportedly shared glimpses of their wedding as a tribute to her husband.

Carli Is a Travel Advisor with Her Mother

Even before she was a WAG, Carli was an adventurous jetsetter. Her social media pictures detail her travels with her family to places like Alaska, Myanmar, India, Cambodia, and Vietnam, just to name a few.

She knows a thing or two about traveling, which she uses to help other prospective globetrotters. Carli is a travel advisor for a San Diego-based travel agency where her mother also worked.

Carli and Nina Miles, together, form the mother-daughter travel duo, Miles2Travel. They not only travel together, but they also provide recommendations and make itineraries for clients so they can get the most out of their trip.