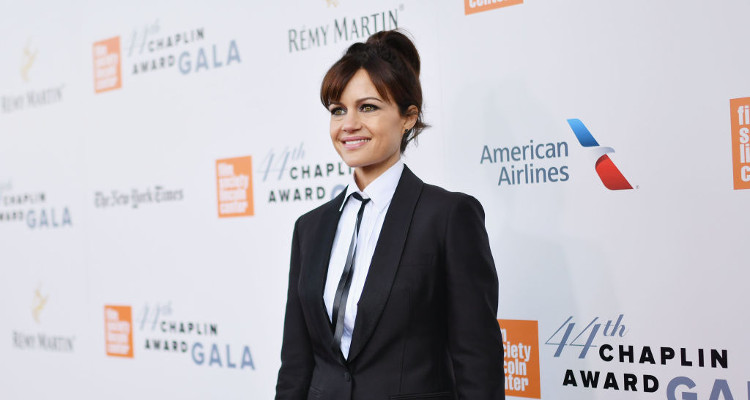 Carla Gugino started acting at a young age and, over the years, has emerged as one of the finest actresses Hollywood has today. She made the decision early on to work in both films and TV, and this move has paid off handsomely. She has kept a low profile throughout her career, which is full of substance and merit. Though she has had a steady boyfriend since 2005, Gugino insists that she doesn’t need to marry him.

Throughout her long career in Hollywood, Carla Gugino has proved her worth in both films and TV shows to become the talented actress that she is known as today. Carla Gugino’s TV shows and films include several landmark projects that have done well both commercially and critically. She is considered one of the best actresses of her generation and is a true professional to work with. Keep reading for more details about her in our Carla Gugino wiki.

Born on August 29, 1971 in Sarasota, Florida, Carla Gugino’s age is 45. Her parents separated when she was just two years old, after which she lived alternately in her father’s house in Sarasota and her mother’s house in Paradise, California. Gugino says about her upbringing, “I lived in a teepee in Northern California and a van in Big Sur. With my dad, I lived in a beautiful house with a swimming pool and a tennis court and went to Europe for the summers. So I feel like I lived two childhoods.” Gugino worked for a while as a teenage model and also took acting classes. She started supporting herself financially at the age of 16.

Had an amazing time shooting with @schonmagazine on a winter day in a chilly spacious loft in Brooklyn. Thank you @alexandersaladrigas for your uniquely beautiful images. @itsmatin ❤ @anthonycampbellhair @jennyhaapala and @naomikotter_stylist for the rad threads #fashion #photography #thingscarlaloves

Gugino started her acting career by appearing in TV shows such as Saved by the Bell, Who’s the Boss?, ALF, Doogie Howser MD, The Wonder Years, and Falcon Crest. This led to her getting the chance to act in films like Troop Beverly Hills and Son in Law. Gugino always chose to take on more substantial roles in which she could sink her teeth into, rather than in big budget blockbusters where she was just an ornamental piece. Since then, Gugino has acted in films like This Boy’s Life, Jaded, Snake Eyes, the Spy Kids franchise, Sin City, Night at the Museum, American Gangster, Woman in Trouble, New Year’s Eve, San Andreas, and Wolves.

Gugino has also acted in TV shows like The Buccaneers, Entourage, Californication, New Girl, Sin City, Chicago Hope, Threshold, The Brink, and Political Animals. She has also appeared in TV movies such as A Private Matter, Motorcycle Gang, A Season for Miracles, She Creature, and Hide. She has also done work in theater and has acted in plays such as After the Fall, Suddenly Last Summer, and Desire Under the Elms. Her performance in Desire Under the Elms impressed critics tremendously with The New York Times declaring, “Gugino displays a depth and range of expression that I cannot imagine any other actress achieving with such blazing honesty and wrenching truth. She’s simply magnificent.”

Thanks to her long career in acting, Carla Gugino’s net worth is a healthy $14.0 million!

Home is Where the Heart Is

We all have to love each other's melons!! 🙂 Not only has my cozy hat kept me warm this winter but in 2016, @jcu_lymcrew @loveyourmelon donated 40,083 beanies and $1,543,259 to fight against pediatric cancer. Wow. That is so awesome. THANK YOU. #makingadifference #pediatriccancer #loveyourmelon

As of 2005, Carla Gugino’s boyfriend has been Sebastian Gutierrez, a writer, producer, and director. They have not gotten married despite their long time together, about which Gugino said in 2009, “[Marriage] isn’t important for us. We like being boyfriend and girlfriend; there’s something sexy and fun about that. We’re very much about, ‘There’s nothing holding us here other than our desire to be together.’” She is very proud of her apartment in New York City. Carla Gugino’s house is very open concept, with high ceilings and a kitchen that opens to the living room. On one wall, there is a bookshelf while another wall has some of the art and photography that she has collected over the years. Another thing Gugino has received over the years is the respect and admiration of fans and others in the entertainment industry. She has received awards for her acting and contributions, just adding to the many accolades this impressive starlet already has under her belt.