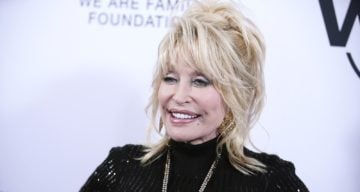 As the Queen of Country, Dolly Parton has never shied away from the spotlight. But the same can’t be said of her husband of five decades, Carl Thomas Dean. Even though he’s reclusive, remaining distant from the Backwoods Barbie’s fame, their marriage is legendary. In fact, their different personalities are what many believe make them soulmates. Though he completely shuns the spotlight that his wife covets, the curiosity surrounding Dolly Parton’s husband never ceases. So we’ve got Carl Thomas Dean’s wiki for more on this fame-shy famous spouse.

Carl Thomas Dean was born on July 20, 1942 in Nashville, Tennessee. He is one of three children born to Edgar Henry Dean and Virginia Bates Dean.

His mother passed away in 1991 and his father in 2007. His younger sister, Sandra Chafin, resides in Hermitage, Tennessee with her husband. His brother, Donnie Dean, and his wife reside in Brentwood, Tennessee, as do Carl and Dolly.

According to several reports, Carl had owned an asphalt-laying business in Nashville since 1977. But he’s enjoying the retired life now.

It was seemingly “love at first sight” for Parton and Carl Thomas Dean. According to Dolly Parton’s website, which features a rare photograph of a young Dean and Parton, their legendary romance began in 1964, when Parton was 18.

She first saw Dean outside a Wishy Washy Laundromat in Nashville, Tennessee, on the very day she moved there to pursue music. She wasn’t really looking for a relationship or marriage, but there he was, ready to sweep Parton off her feet.

“I was surprised and delighted that while he talked to me, he looked at my face (a rare thing for me). He seemed to be genuinely interested in finding out who I was and what I was about,” the icon said when asked about her first encounter with Dean.

It was two years later, on May 30, 1966, that the couple got hitched in a very simple and private ceremony in Ringgold, Georgia. The only people present at the Memorial Day wedding were the preacher and his wife, along with Parton’s mother, Avie Lee Owens.

Today, in 1966, Dolly Parton married Carl Thomas Dean in Ringgold, Georgia. They had met at the Wishy-Washy Laundromat two years earlier on her first day in Nashville. They renewed their wedding vows on their 50th wedding anniversary in 2016. . . An article from Country Living states that "She was impressed that he actually looked at her face, and was "genuinely interested in finding out who I was and what I was about," she said on her website. They were married two years later in a small, simple ceremony on Memorial Day, with only the preacher and his wife there to witness it." (Friedman, Country Living, June 9, 2016) Happy Anniversary Dolly! . . #countrymusichallofhistory #dollyparton #carlthomasdean #countrylivingmag #countryliving #wishywashylaundromat #nashville #tennessee #tennesseewedding @dollyparton

The couple celebrated their 50th wedding anniversary in May 2016 by renewing their vows. And just like their wedding, this, too, was a very simple and private ceremony.

Parton has said she was very close to Dean’s mother, Ginny Dean. She would call her “Mama Dean,” and they were best friends.

Ginny initially wanted to throw a big wedding for her son and daughter-in-law. But the label that had invested a lot in making Parton a big star wanted her to postpone her wedding for a bit. Parton didn’t want to and got married in a clandestine ceremony, forgoing hers and Ginny’s dream to have a grand wedding.

With a big family that included 12 siblings, the Partons always had a celebration going on at their end. And although Dean and Parton never had any kids of their own, they had more than enough children in their lives who they were close to.

Parton Says Dean Is a Romantic

Though married to one of the greatest living icons of country music, Dean preserves his privacy and keeps a distance from Parton’s fame.

There’s almost never a sighting of them together. And Parton has confessed that he has seen her perform only a handful of times.

“He gets nervous seeing me perform. It’s almost like seeing your kid in a recital. He’s afraid I’ll mess up. Actually, he has seen me a time or two and it did relax him a little. He saw that I do mess up and it’s okay because people are not gonna punish me for it,” she told Ellen DeGeneres.

Even though we don’t see him often, it doesn’t mean that Dean has any disdain for Parton’s business. Between Parton’s tours and public life and Dean’s very successful attempts to avoid it, they manage to spend a lot of time together. Parton even proclaimed that her husband is quite the spontaneous romantic.

Dean has respected her independence throughout their marriage. And Parton found a best friend in him. “They say that opposites attract, and it’s true,” Parton said in an interview. “We’re completely opposite, but that’s what makes it fun. I never know what he’s gonna say or do. He’s always surprising me,” Parton added, gushing about her husband.

While Dean loves to spend time around the house and takes things slowly, Parton is all about going places and keeping busy. “But when we’re together, we have enough things in common that it works,” Parton said. “We love the simple life. We can be calm and just have a good time.”