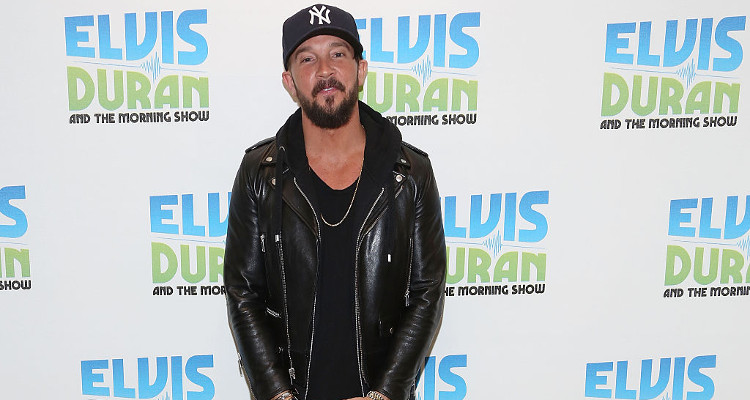 Pastor Carl Lentz to the rescue! Carl Lentz and Justin Bieber grabbed a bite at Nando’s in suburban Sydney. While leaving the restaurant, the “Sorry” singer was surrounded by a crowd of fans, who rushed to the singer’s side to take pictures with him. Pastor Carl Lentz stood in front Bieber to protect him from the overwhelming crowd and led him towards their vehicle. Now, if you want to know more about the man seen with Bieber, take a look at our Carl Lentz wiki.

Justin Bieber is currently in the limelight because it looks like he has taken a break from music after an apparent spiritual awakening. Sources claim that the 23-year-old singer canceled his tour to rededicate his life to Christ. However, Bieber denies these rumors and says that he canceled the tour because of exhaustion. Further reports claim that his crew is angry with him for disrupting their financial standing without warning.

Over the last few months, it has been reported that Bieber was attending Pastor Carl Lentz’s church events at Sydney Hillsong Church in Australia. It was further stated that Pastor Lentz did not ask Bieber to cancel his tour.

In the past few days, the relationship between the two has become quite intense, with Lentz being said to influence the singer’s decisions. And, according to a source, “The church didn’t tell Justin to cancel the tour. He made his decision based on spiritual soul-searching and his own view of the path in life he should be taking.”

If you look at Lentz, it’s hard to believe that he is a pastor. He wears chic clothes and sports tattoos and a rocking hairstyle. Keep reading if you want to know more about Carl Lentz.

So proud of my husband today!!!…I pray that more people will stand up and say something coz saying nothing says something…. #Repost @hillsongnyc with @repostapp ・・・ “At THIS church, we are not saying ‘all lives matter’ right now because this is a logical assumption that most reasonable people agree with. All lives are not at risk right now. We ARE saying BLACK LIVES MATTER. Because, right now, black lives apparently are worth LESS on our streets. It’s “our fight” not “their fight.” [email protected] You don’t want to miss this message – see you HERE! ____ MIDTOWN: PlayStation Theater 1515 Broadway, New York, NY 5PM, 7:30PM ____ DOWNTOWN: Irving Plaza 17 Irving Pl, New York, NY 5PM, 7:30PM

Born in Virginia on November 6, 1984, Carl Lentz’s age is 32. Initially, he studied at Kings Seminary in Van Nuys and worked at a Gucci store on Rodeo Drive. However, he dropped out and attended Hillsong International Leadership College.

Carl Lentz’s Instagram account currently has 473,000 followers. He also wrote books such as The One: Experience Jesus and Own The Moment.

Carl Lentz as a Pastor

So today is THAT DAY for @richwilkersonjr first book, SANDCASTLE KINGS, to hit the streets…I’m proud to be a friend to Rich, and to watch and be inspired as he does his job: get the gospel to everybody regardless of social status or lack there of.. I had the privilege of writing the forward in this book and I know the topic, finding Jesus in a spiritually bankrupt world, could not be more timely… You can get it here on Amazon! http://goo.gl/UCyI9J …love you Rich!! #occupyallstreets #imsmilingontheinside #freezingrainwaspeltingme #sandcastlekings

Lentz is one of 12 lead pastors worldwide for Hillsong Church, in their New York chapter. He wants to serve the city and make a difference in the world.

Carl Lentz and his wife, Laura, are the lead pastors and have embraced a comfortable and simple life. They have an enormous amount of faith in Jesus and believe in teaching the gospel in a way that will be easier for the younger generation to understand.

LOVE these two legends…and speaking of love…A wise man named Paul once said…”Love never gives up. Love cares more for others than for self. Love doesn’t want what it doesn’t have. Love doesn’t strut, doesn’t have a swelled head, doesn’t force itself on others, isn’t always “me first,” doesn’t fly off the handle, doesn’t keep score of the sins of others, doesn’t revel when others grovel, takes pleasure in the flowering of truth, puts up with anything, trusts God always, always looks for the best, never looks back, but keeps going to the end. Love never dies.” If somebody says they “love you” but you don’t SEE THESE THINGS? Gaurd your heart! If you have experienced love like this? Best thing you can ever do, is share it w/ as many people as you can… another wise man named Christopher Wallace said “spread love, it’s the Brooklyn way..” May it be OUR way, day by day.. #occupyallstreets #aviatorsmountup #longerthetrafficlongerthecaption

Earlier, there were speculations that Lentz paid Bieber to attend the Hillsong conference. Lentz denied the rumors by saying, “We don’t pay him to attend. He comes on his own.” He further added, “I think that Justin is a good Christian. I don’t think his problems are behind him, but we all have to deal with other stuff to come. His relationship with Jesus is changing his life daily. It is one of those things where you never really get it, it takes a while to keep growing as a person.”

It’s @lauralentz BIRTHDAY! I love this radiant, excellent, gorgeous and selfless human being.. She is classy, she is kind, she is secure and she is threatened by no-one! Which is why she is so quick to cheer others on, promote others, forgive quickly and help them shine. She is the strength of our family, and our church. My children don’t have to leave our house to find their role model because she’s there. Everyday. Navigating each new season of life with passion and improper Australian grammar. I have no doubt that had Laura and I never met, she would be impacting people and making a difference. I also have no doubt that if I DIDN’T MEET HER? I would NOT be.. She’s that special. I need her way more than she needs me! And I’m ok with that… Laura Lentz, happy birthday my love. I’m grateful that I get to be by your side, this side of eternity.. I’m blessed to be your husband..

Lentz met his wife at Hillsong International Leadership College, where she also graduated from. Laura is from Australia and has lived there most of her life. The adorable couple got married in 2003 and have three kids together: Charlie, Roman, and Ava.

Laura is excited to be a part of Hillsong NYC and believes that God has an amazing plan for her and the city. Besides teaching and spreading the gospel, Laura is also passionate about building a church.