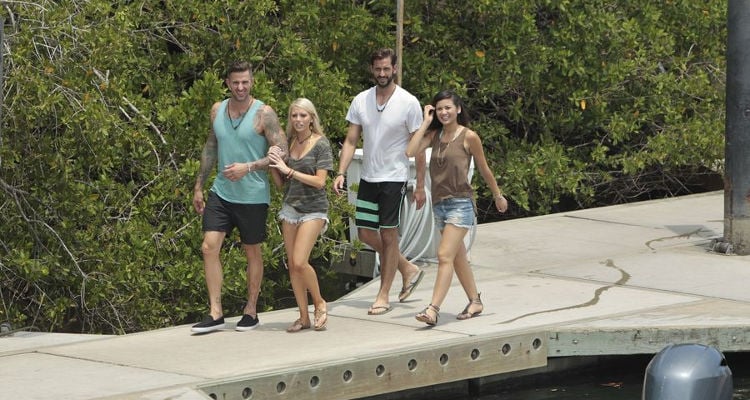 He Was a Previous Contestant

Some may vaguely remember Carl King from Season 10 of The Bachelorette, but his time on the show was short-lived as he didn’t make it past Episode 2. Now he’s back to give everyone a second glance at his potential!

Carl King’s Instagram has photos of him working out at the gym, doing CrossFit and playing sports at the beach. He also shows off his muscles and his flexible yogi skills -and we’re not complaining! It’s a good thing he’s into fitness, especially with the career he has… which you’ll learn about next.

Not only can King lift heavy weights, he’s also a firefighter! Does it get any better than this? The 32-year-old works out to maintain his dream career fighting fires in Florida and he is very proud of his accomplishments. He’s certainly heating things up in Paradise!

Carl King has too many tattoos to count – here are just a few! He has a giant owl with wings across his upper back, surrounded by clouds, and the Om symbol across both his hands, clearly reflect his spiritual interests as a yogi. On his right thigh, he has a giant elephant, and several tattoos across his arms, chest and side, which you will have to inspect yourself during Bachelor in Paradise. This could be a fun game, so get ready to scope out his ink!

If you’re searching for “Carl King Bachelor in Paradise”, just check out his photoshoot on Wilhelmina modeling agency’s website! King signed a contract with the agency and poses in a variety of shots, which include him doing many of the things he loves: yoga, running, firefighting and stretching.

Check out more of the Bachelor in Paradise contestants here!