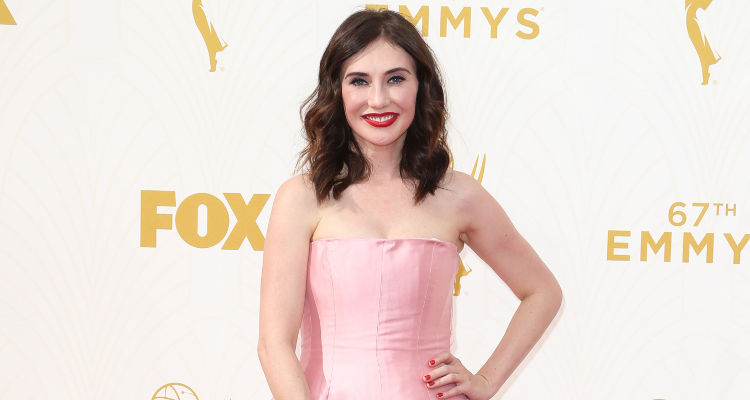 After her success and popularity in Hollywood, people are asking, “What is Carice van Houten’s net worth?” It is a cool $5.0 million and is poised to grow significantly after the success of her TV serial, Game of Thrones.

Many are taking to Google to search, “how much worth is Carice van Houten?” The short answer is plenty, especially since she acts in European as well as Hollywood films!

Houten was born on September 5, 1976 in Leiderdorp, Netherlands. Her mother is an educator, while her father was a writer and broadcaster. Houten grew up watching silent movies and prefers acting roles with less dialogue. She has a younger sister named Jelka van Houten, who is also an actress. Houten started her career acting in Dutch films. She got her first leading role in the movie, Suzy Q. She won her first Golden Calf award for the same film. The Golden Calf is the award of the Netherlands Film Festival that is held every year in Utrecht.

She received another Golden Calf for her role as the kitten who turns into a girl in the film, Undercover Kitty. American audiences saw Houten for the first time when her 2001 film, Amnesia got a small theatrical release. She won yet another Golden Calf for her role in Paul Verhoeven’s epic World War 2 drama, Black Book. She has won the Golden Calf five times in total, proving without any doubt that she is one of the best actresses of her generation. She has been nominated twice for the Saturn award in the USA.

After her success in Netherlands, Houten started getting offers to act in Hollywood films. Her first English spoken film was, Dorothy. She then did a small film on domestic violence titled, Singing in the Dark. She then played a role in the sci-fi movie, Repo Men. However, the role that made Houten really famous was her role in the television blockbuster series, Game of Thrones. She plays the role of Melisandre in the HBO fantasy series. In 2016, she also acted in the movie, Race.

In March 2016, it was announced that Carice van Houten was pregnant with actor Guy Piearce’ child. Though Houten is receiving many offers in Hollywood, she has signed very few movies, dividing her time between work in European cinema and work in Hollywood. In fact, Houten is unhappy in Hollywood. She said in an interview that even though she has no problem with Hollywood, it’s not her life. She prefers to stay in Europe and her agent is horrified by her decision. She said that if she was offered a great part in a Hollywood movie she would do it, but she just doesn’t want to live there.

Before Pearce, Houten was in relationships with Sebastian Koch, her co-star in Black Book and previously with Dutch director, Kees van Nieuwkerk. What most people don’t know is that Houten is also a singer. That’s right! She released a pop-rock album in 2012 titled, See You on the Ice. She has been compared with Hollywood actresses like Sharon Stone and Scarlett Johansson. With tons of acting talent and a patient temperament, Houten looks like she’s all set to have a career where she will get the best of both Europe and Hollywood!