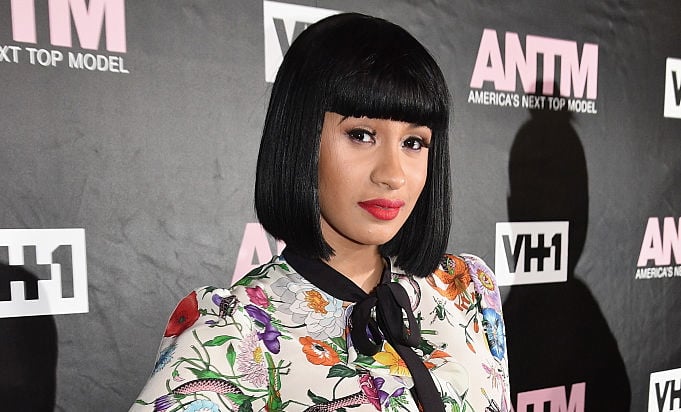 In a recent article by hip-hop site XXL, female rapper Cardi B talked about her feminism and how she raps to represent the underdog and encourage female empowerment. If you want to learn more about one of the biggest female rappers of today’s hip-hop music scene, keep reading our Cardi B wiki.

What is Cardi B’s real name? Her birth name is Belcalis Almanzar, and if that makes you wonder what Cardi B’s nationality is, she is of Dominican and Trinidadian descent. She was born and raised in The Bronx, however, and was a former exotic dancer that gained online fame for her Instagram and Vine video posts. Considered the breakout star of the reality television series Love & Hip Hop: New York, her fame only increased with publicity.

Cardi B’s sister is Hennessy Carolina, and many people have speculated as to whether or not that is her birth name. To the surprise of many, that is her real name and the story behind might make some laugh, and others cringe. According to a celebrity gossip blog, when Cardi B’s mom was in labor with her younger sister, her dad left a party he was attending to join their mother at the hospital. He was allegedly tipsy from drinking that night, and since Hennessey is his favorite liquor, he chose to name his newborn daughter after the booze. Cardi B and Hennessey Carolina are three years apart, Cardi B being the eldest. According to In Touch Weekly, Cardi B is currently in a relationship with rapper Offset (Kiari Kendrell Cephus). She and her boyfriend were recently seen at a Met Gala after party together.

If you’ve never heard of Cardi B before, you’ll be surprised to hear her net worth value. Cardi B’s net worth is listed at $600 thousand, which may come as a surprise to those not heavily involved in the world of reality TV. The personality’s wealth is mostly attributed to her role in Love & Hip Hop, as well as her music video presence, exotic dancing career, and social media fame. Cardi B’s age is 24 years old, she has over seven million Instagram followers, and based on her social media pics, she is more than content with her life of fame.

Billboard reported last month that despite Cardi B’s rise to fame from Instagram, rap career, and reality TV fame, she can’t seem to get a deal in the fashion industry. “A lot of designers, they did tell me no,” she said. “They didn’t really wanna work with me.” So, she bought their pieces and wore them with the intention that eventually they would want to work with her. “I’m gonna prove to them that I’m a fashion [expletive] icon.” The rejections still have not stopped her from putting together unique and often unusual pieces together and wearing them in style.

In the recent interview with XXL, Cardi B explained what feminism means to her. She said she inspires women to find their niche and make the best of themselves to “make money out of it.” Unlike the message that seems to be conveyed through her music videos, she doesn’t believe feminism is about sexual liberation. She simply wants women to get a “boss” personality, and work together to benefit each other. When asked about what gives her strength, she responded, “I get my strength because I want the money and my fans. They constantly are asking me for music. I can’t give up.”