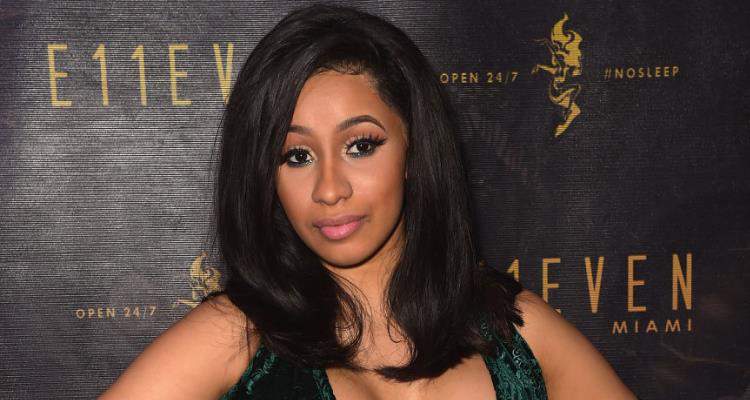 For those who don’t know, Cardi B was raised in The Bronx, New York City, so anyone who’s familiar with the area will pick up on the accent. In the cringe-worthy interview, the “Bodak Yellow” rapper explained the origin of her name to Fallon.

“My name come from…You know what? My sister name is Hennessy. You know what I’m saying? My sister name is Hennessy, right? So, everybody used to call be Bacardi. So, I always call myself Bacardi, right?” said the rapper, whose birth name is Belcalis Almanzar. “Then it was my Instagram name—like Bacardi, Bacardi B—but for some reason, my Instagram kept getting deleted; I think it was Bacardi that had something to do with it, so I just shortened it to Cardi B.”

What’s Up with Fallon?

Did Fallon enjoy the 25-year-old’s charming personality? Most social media comments agreed that the late night host/actor seemed off in a way that made it seem like he didn’t enjoy Cardi B as a guest! Is it a generational thing? Is he too old to get her hip jokes? Or maybe he’s just unfamiliar with how she carries herself. Cardi B is considered an acquired taste but she’s also described as funny in the same sentence. During the interview, it was obvious that Fallon was taken by surprise when the rapper started making noises after almost every response.

Throughout most of the interview, Cardi B had the audience laughing over her repeated use of the word “okurrrr!” and Fallon eventually couldn’t help but laugh at her jokes, despite looking previously confused. He even mimicked her catchphrase at one point in the interview, like someone who finally loosened up at a party they didn’t want to go to.

An example of when she dropped the popular catchphrase was when she explained why she’s not buying Christmas gifts.

“Once you start making money, everybody wants you to be their kids’ godmother!” she said. Later, she showed him her engagement ring, warning him, “Don’t get too close because I didn’t put no lotion on my hand!”

She later talked about her engagement to rapper Offset, saying “I mean, you know, he always used to tell me, like, ‘I’m going to marry you. I’m going to marry you.’ And it’s just like, ‘Mmm. It’s the right thing to do. But, I mean, I knew he was going to give me a very expensive gift because he wasn’t there for my birthday, but I thought he was going to give me a watch or something. He just went out of his way, okurrrrr!”

Yes, Cardi B is one of a kind and her real life attitude is part of why people love her. She’s unapologetic about being from The Bronx, and it shows in the way she acts and speaks. Maybe next time Fallon will be ready for her and join in on the fun? The interview was similar to Girls Trip star Tiffany Haddish’s interview with Ellen DeGeneres, who seemed taken off guard by the actress’ lively personality.

Bartier Cardi (Cartier is taken) is out Friday December 22, okurrr! Until then, watch the hilarious interview below!

Also Watch: Cardi B Has a “Money Bag” Full of Surprises Co-Hosting “The Tonight Show with Jimmy Fallon”