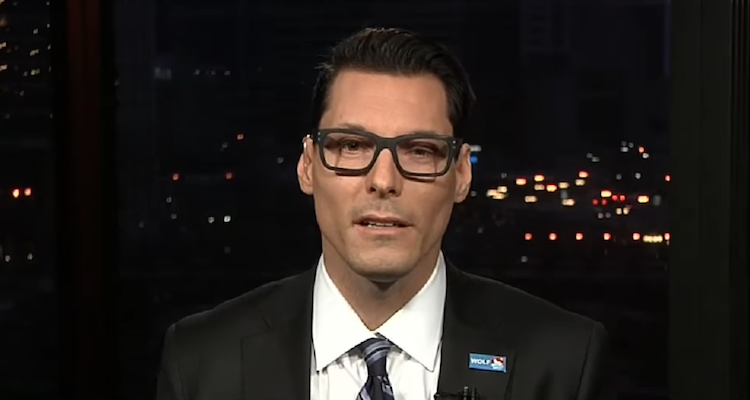 Illinois Democratic congressional “cannabis candidate” Benjamin Thomas Wolf, has been accused of physical abuse by his former girlfriend.  His campaign has already drawn a lot of media attention and now that he was accused in a time full of sexual harassment claims, many are wondering if there’s any truth to it all.

Word of the “cannabis candidate” is spreading fast and we want to keep you up to date with the latest on him with our Benjamin Thomas wiki.

Who Is Benjamin Thomas Wolf?

Benjamin Thomas Wolf, 42, grew up in Kent, Ohio and was raised by his parents, who were school teachers. By age 12, Wolf discovered what it felt like to be in public service by working for the local parks and recreation department. In his formative years, he continued volunteering for the city and state organizations. He graduated from Kent State University with a bachelor’s degree in political science, and has a master’s degree in national security studies from American Military University.

After finishing a university internship on Capitol Hill, Wolf was sought out by the FBI. He graduated from the FBI Academy in Quantico, Virginia and worked as an FBI specialist. He’s also a Chicago professor with a Ph.D. —from the Chicago School of Professional Psychology— in international psychology. His doctoral dissertation was heavily based on equality of basic human rights.

Wolf has a “modern multicultural family” and raised his twin sons in Africa during his diplomatic postings in Senegal and Algeria. On his website, he appears to be pictured with his children and a woman, who could be his wife, but not confirmed.

Also Read: Levi Sanders Wiki: Who Is Bernie Sanders’ Son? Is He Running for Congress?

He’s known as the “cannabis candidate” because he wants to promote his progressive views on marijuana and gun reform, and connect with the younger liberals in Chicago’s 5th District areas. He’s also known for his “cannabis candidate” ad, which was preceded by a campaign clip of him holding an AR-15.

It’s no secret that people sometimes exaggerate or get creative with their resumés, so is it possible that Wolf did the same with his own? According to reports, he has been accused of lying about the time he served in the military, but denied the allegations.

“People in the military get upset when I say I served in Iraq. The military doesn’t have a patent on the word ‘served,’” said Wolf.

In his website biography, he stated that he was a diplomat in the Foreign Service and served “multiple times” in Iraq. But Politico reported that he never served in the armed services.

But that’s not the only discrepancy in his glowing resumé. According to The Chicago Tribune, Wolf never served in the military and was never an FBI agent, he was an FBI specialist. Wolf’s time at the State Department as a special agent was confirmed, and he stated that it’s “the same job” as being an FBI agent.

In a statement, Wolf’s opponent, Democratic incumbent Mike Quigley’s campaign spokesman Thomas Bowen said, “Ben Wolf has made numerous claims about his background and experience that are simply untrue. His lies about his biography are a disservice to all those who have served honorably and raise serious questions about whether voters can trust a word he says.”

Wolf’s ex-girlfriend, Katarina Coates, said the congressional candidate “doxxed” (the publishing of private information online) her on social media by revealing her home address and name. She also claimed that Wolf allegedly abused her numerous times, including throwing her on the ground and stepping on her chest.

“I thought it was normal. I cannot explain the logic. It seemed like he cared about me when he did that,” Coates told Politico. “After that time he stood on my chest, he went and took me for chocolate cake. I kind of associated it with his caring…There were times I would ask him: ‘Do you ever regret hitting me?’ He would say: ‘No, but I’m relieved when you put your head down so I don’t have to do it again.'”