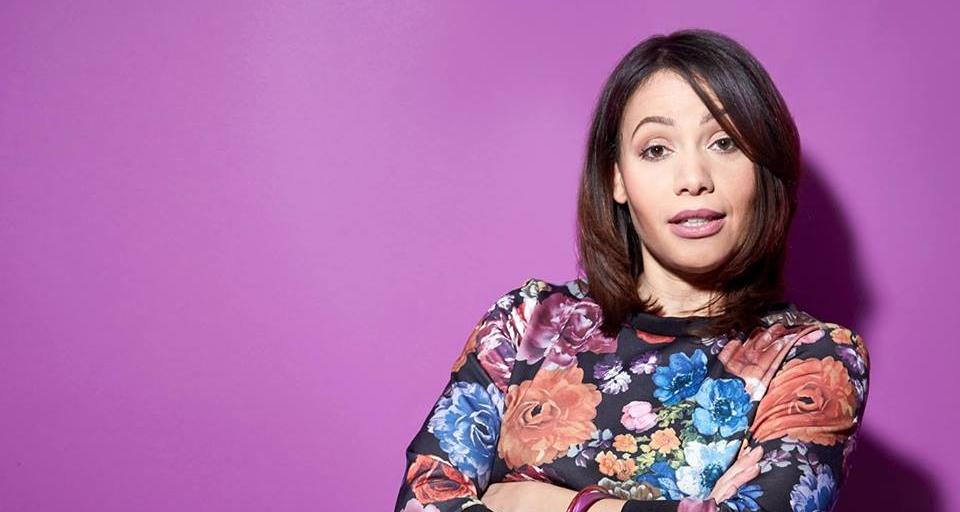 Comedian Candice Thompson comes from a mixed-race African-American and Native American family, and was born in Queens, New York. She is best known for her stand-up comedy and appearance on The Tonight Show with Jimmy Fallon. Thompson was a finalist of NBC’s comedy competition, StandUp, back in 2016. Here are some details from Candice Thompson’s wiki.

Candice Thompson was recently featured on “The Joe Rogan Experience” podcast and spoke about many personal experiences, including the time she had a “peeping Tom” outside her home two years ago! She said that she could hear someone whispering while she was watching a mystery movie, and when she muted the remote, she heard him through her window say, “C’mon baby, rub that sweet pu**y.” Ew.

But she’s taken the uber creepy experience with a grain of salt, and even inserted it into her stand-up routine!

The comedian also spoke about other experiences she encountered, which you can watch in the video below.

She was born in Queens, New York, and lived there for at least 10 years of her life. She was born to Howard and Joyce Thompson, and she has an older sister named Danielle Thompson. 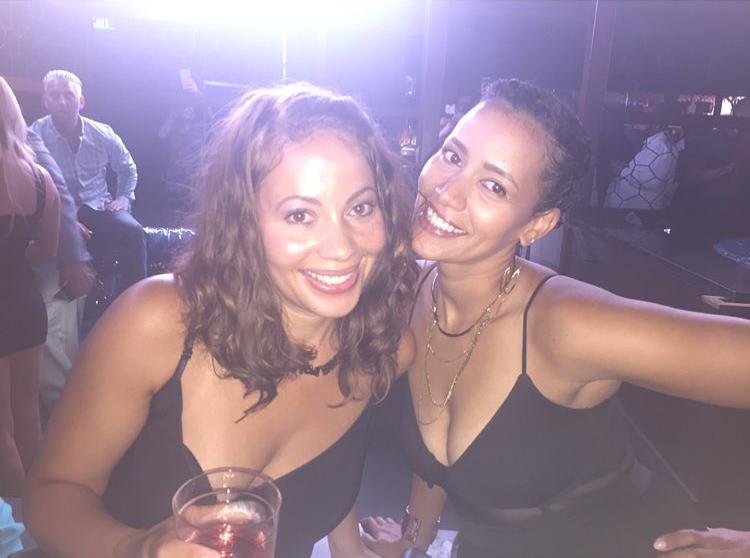 Candice Thompson’s age is unknown as she prefers to keep it a secret. But we do know that she celebrates her birthday on March 30. And during a “Worst Birthday” podcast with Michael Kosta, she admitted being a little over 30.

When she was a child, Candice Thompson’s family moved to Cincinnati, Ohio, as her father’s job demanded the move. She lived in Ohio throughout high school and even attended Miami University in Oxford, Ohio.

Comedy has been a huge part of Thompson’s life since her childhood. She even did gigs at local restaurants as a kid!

“We all have our protective gear. Some kids chose bullying, others chose being “cool.” I chose punchlines. Although, I never had to study jokes. They just kind of came out of me. Which makes me feel like I was born to do this,” Thompson wrote in a post.

Though she didn’t know anything about comedy or stand-up, she started saving during and after college to move to Los Angeles.

She Has a Passion for Stand-Up

It’s not news that stand-up comedy as a career is very difficult to pursue. And it must have been a very daunting experience for Thompson, who seems to have learned on the job. But, like her “peeping Tom” encounter, she uses other real-life experiences as a base to many of her jokes and lines.

Had an amazing time this weekend at @thecomedyattic in Bloomington, IN w/ @roywoodjr. My family came to see me & I hope I thoroughly embarrassed them.

Thompson didn’t know much about living life on the stage, but she had a passion for it anyway. She moved to Los Angeles after convincing her parents that she really didn’t want to use her degree. Instead, she wanted a career as a comedian.

She spent the first couple of years in Los Angeles working a regular 9-5 job and getting to know the vibe of the city and the place, which was very different from Ohio! Soon, she used the time after work to do gigs and open mic nights, even performing her first impression of Aaron Neville.

Also Read: Everything You Need to Know About Todd Barry

She has appeared in Acting Out on MTV, Roast Battle on Comedy Central, and Last Comic Standing on NBC.

Candice Thompson is the co-creator of sketch web series, Creepy Caress. She and fellow comedian Brenda Colonna joined to make Creepy Caress back in 2011.

You can watch the videos on YouTube channel of the same name. The series is about awkward situations and dark comedy blended with exaggerated expressions.

Videos like The Fista Sistas, The Condom Tasting, and The Check Up have all received views in the thousands. Meanwhile, Candice Thompson’s podcast, “The Struggle,” is equally successful. She usually has celebrity guests talk about various everyday experiences.

When there’s exaggerated comedy, Candice Thompson is behind it!

She Was Sexually Assaulted

One Saturday night, Thompson went out for some drinks with her good friend, Jason. She was three months away from graduating and had just turned 21 years old.

She was “tipsy” at the club and decided to go home. Jason said that he was leaving, too.

Thompson had had a Long Island Iced Tea. She hadn’t been a very active drinker and was hung over only once in the past.

Jason was in Thompson’s class, and he was a basketball player at their college. She knew him well and had had him over at her apartment before, too.

Once they decided to leave the club, they drove separately to Thompson’s apartment after she agreed to let him come over. She said that she doesn’t recall much and believes that her drink had been spiked because one drink couldn’t have caused her to black out like that.

She then remembers sitting on her bed in her bedroom, with Jason next to her. The next thing she remembers is him kissing her, and her saying, “No.”

Thompson woke up the next morning feeling dirty and violated, and she immediately knew that she had been penetrated and date-raped. She also recalls that it wasn’t anything violent or abusive.

The next day, she showered and locked herself up in her room for three days—not eating and feeling traumatized.

She was staying with her sister at the time, who became very concerned about Thompson. She went to her room to ask her what happened, and Thompson opened up to her about it all.

Candice Thompson’s sister suggested that she go to the hospital and get herself checked. But the comedian felt that she wasn’t ready.

At the time, Thompson was associated with a rape crisis center as a sexual abuse counselor, and she had received a call from the center asking to help out with a case. She couldn’t control her emotions and began bawling over the call, telling her head counselor that she had been raped.

The head counselor then told Thompson that she needed to go to the police, and that she should get out of her home and her room. She then went to the hospital for a thorough check for bruises and evidence. But since it had been over two days and she had showered, nothing concrete came up.

Thompson went to the cops with her case and was assigned a detective whose own daughter was a sexual abuse victim. The detective was very understanding of her and he brought Jason in for questioning.

Jason denied everything and even went to the extent of bringing some of his friends to the police station. They told the detectives that they were all there in the apartment that night, and that nothing happened between Thompson and Jason.

Unfortunately, a case couldn’t be made against Jason since there wasn’t enough physical evidence.

Candice Thompson has been very brave about the incident, and her comical approach to it now makes it easier for her to cope with the ordeal. But she did say that it’s still a sensitive topic to her.