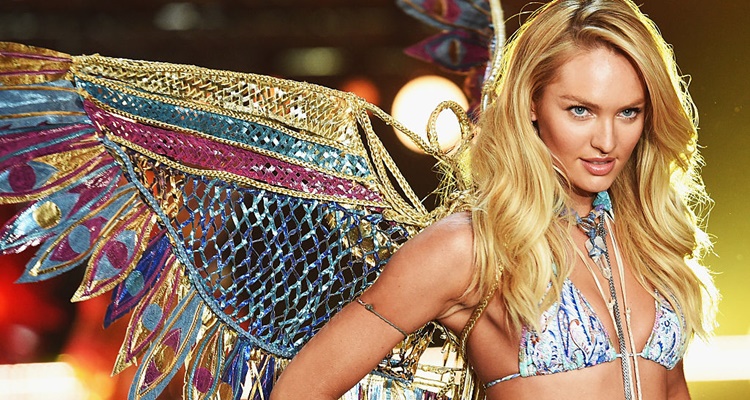 Here is everything you need to know about Victoria’s Secret Angel and supermodel, Candice Swanepoel’s wiki, including her age, family, diet, and net worth.

It is the busiest time of the year for Victoria’s Secret Angels as they get ready to walk the runway at the prestigious Victoria’s Secret Fashion Show, in Paris today (November 30). However, two beloved Angels, Behati Prinsloo and Candice Swanepoel, will be sitting this one out to take care of their brand new babies! After the South African duo announced that they would not be returning to the stage this year, fans looked to the Internet to find Candice Swanepoel’s wiki and learn more about her family, net worth, and diet. Keep reading to learn everything there is to know about the gorgeous 28-year-old supermodel!

The new mother became the envy of women everywhere after announcing the arrival of her first son, Anaca Nicoli with fiancé Hermann Nicoli in October. Although she will be missing from the line up at the Victoria’s Secret Fashion Show 2016, Swanepoel shared a sweet post on Instagram captioned, “Good luck in Paris beautiful ladies! So sad to be missing this show! No doubt it will be magical. So hard for me to disappoint the people that always root for me, I wish I was there making you all proud. Girls, enjoy the moments together, can’t wait to see the show and can’t wait for 2017!”

Not many people know this, but the exotic five-foot-nine model is actually South African! The blonde-haired, blue-eyed stunner hails from an Afrikaner family of Dutch descent and was raised in Mooi River, South Africa. Born to Willem and Eileen Swanepoel on October 20, 1988, Candice also has a brother named Stephen Swanepoel. Having a multi-cultural upbringing has resulted in Swanepoel being fluent in Afrikaans, Portuguese, and English. Her career kicked off when she was discovered by a scout in a Durban flea market when she was 15. Since then, there has been no looking back for the long-legged beauty who has graced the covers of Vogue, Elle, Harper’s Bazaar, V, W, GQ, Lush, and Allure magazines.

Swanepoel is best-known as a Victoria’s Secret Angel, and has strutted her stuff for top-notch designers such as Oscar De La Renta, Givenchy, Versace, Tom Ford, Tommy Hilfiger, Ralph Lauren, Michael Kors, Guess, Nike, and Diesel. The sought-after supermodel has appeared in the legendary lingerie brand’s commercials along with fellow models Rosie Huntington-Whiteley and Behati Prinsloo, and has also modeled for the Kardashian swimwear line. The fashion icon was christened as the cover model of the coveted Victoria’s Secret Swim Catalogue, and was subsequently chosen to wear the $10.0 million “Royal Fantasy Bra” in 2013. The eye-catching bra was created by Mouawad, and contained over 4,200 rubies, diamonds, and sapphires making it the most expensive Fantasy Bra. 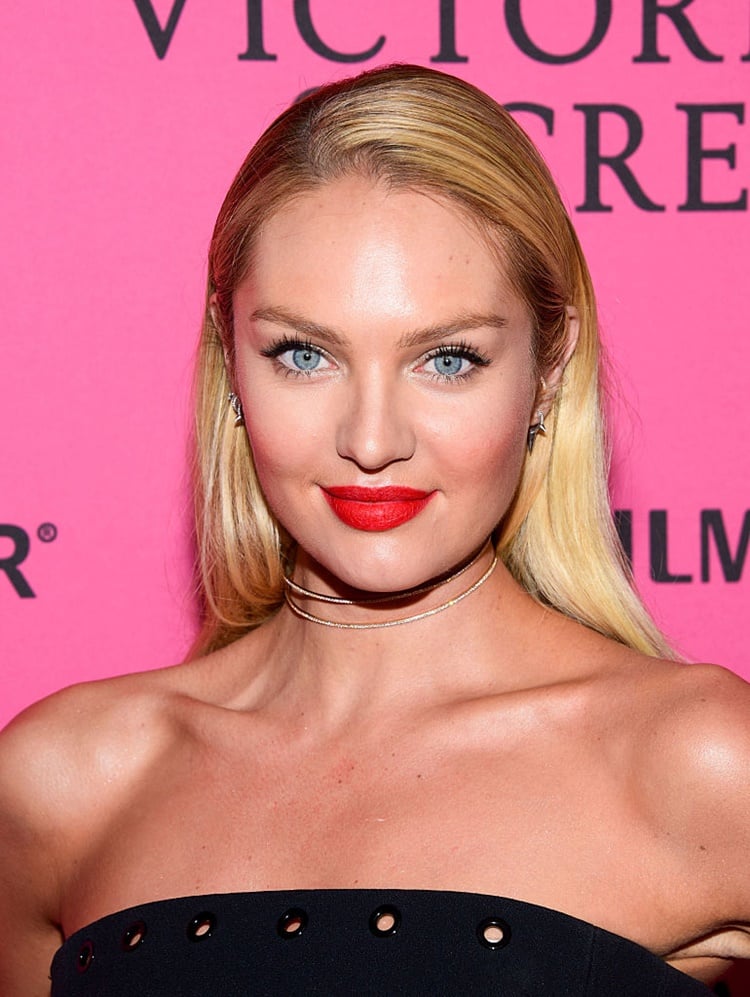 Swanepoel is one of the most famous Victoria’s Secret Angels and has 10 million followers on Instagram, with whom she shares glimpses of her perfect life with her son and fiancé. Managed by IMG Models and Elite Model Management, she is consistently listed among FHM‘s annual “100 Sexiest Women in the World” poll, coming in at number 36 in 2015. Swanepoel ranked top place in Maxim‘s “Hot 100 List,” in 2014. Naturally, her fame and success helped Swanepoel earn her tenth place position on the Forbes top-earning models list. She may be only 28 years old, but Candice Swanepoel’s net worth is a whopping $10.0 million! 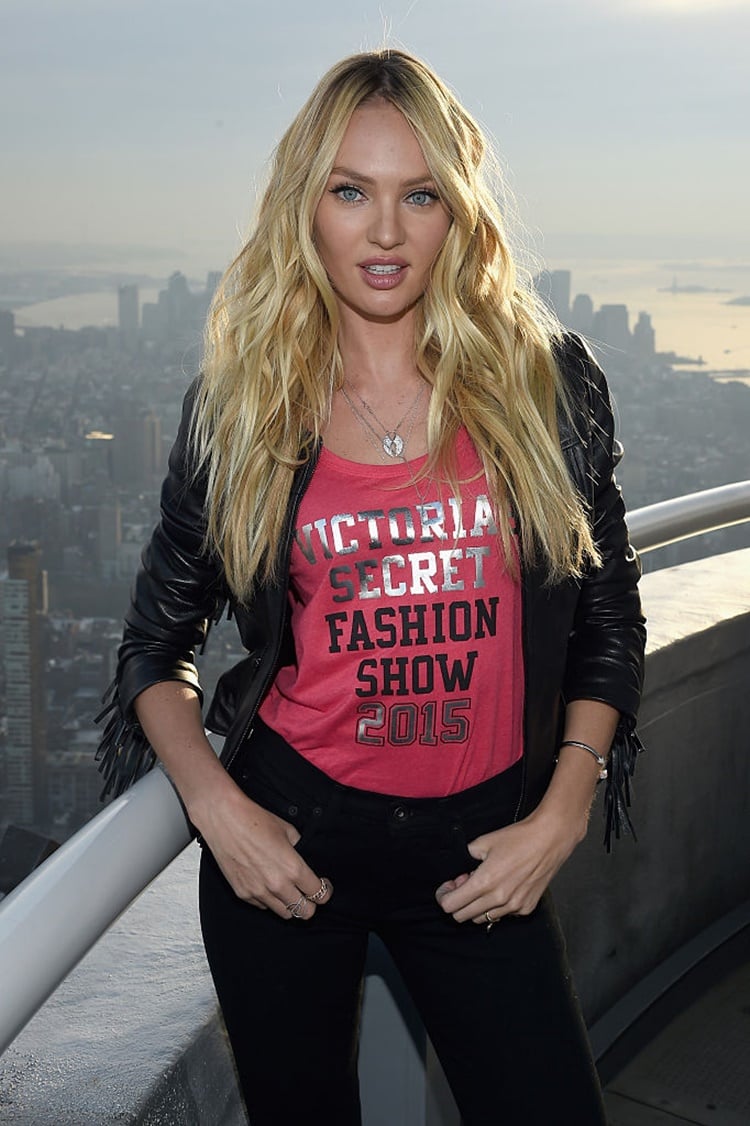 Unlike her counterparts who have enjoyed a string of high-profile relationships with celebrities, Candice Swanepoel is a one-man woman. The mother of one met Brazillian model Hermann Nicoli in Paris when she was just 17, and the couple has been together ever since. The attractive pair announced their engagement in 2015 and in October this year, Swanepoel gave birth to their son Anaca Nicoli. Celebrated for her drop-dead gorgeous good looks and outgoing personality, the star shares a close friendship with fellow models Doutzen Kroes, Lily Aldridge, Behati Prinsloo, and Rose Huntington-Whiteley.

Victoria’s Secret Angels are well-known for their fabulous figures and legs that go on for miles. If you’re wondering about Candice Swanepoel’s diet, she advocates a “good breakfast” along with “some good protein in lunch.” Her best fitness advice is to stay hydrated and drink lots of water. The stunner confessed that breakfast is her “favorite meal of the day,” and she loves having bacon, eggs, coffee, orange juice, and “sometimes, pancakes.” Well, now you know the secret behind her flawless hourglass figure! 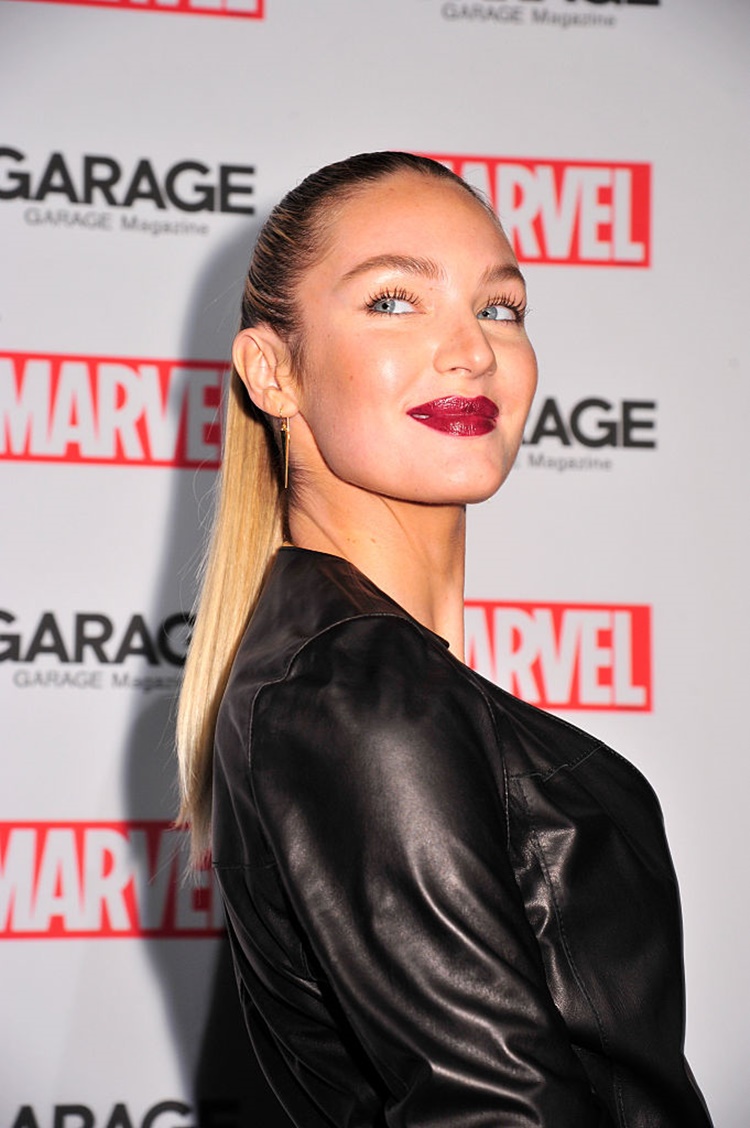