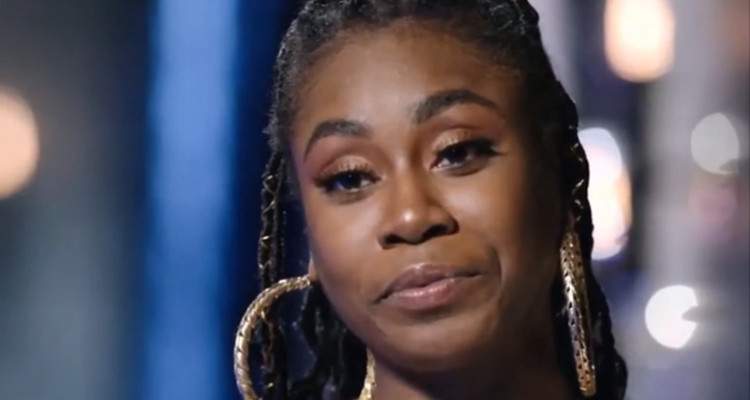 Candice Boyd took the lead by covering “I’m Going Down” by Mary J. Blige, sending chills down everyone’s spines! Her performance was brilliant and she became a clear frontrunner as she hit all the right notes. She feels that she has spent way too much time in the background and now it’s her turn to bask in the glory. Let’s find out more about Candice Boyd on The Four.

Fox’s The Four: Battle for Stardom is a reality music competition show that is quickly generating a lot of buzz. Produced and created by Armoza Formats, the show is based on Israel’s The Final Four. Hosted by Fergie, the show has four judges: Charlie Walk, Sean “Diddy” Combs, Meghan Trainor, and DJ Khaled. But it’s unlike any other reality singing competition we’ve seen; every week is different as hopefuls (who are good enough) get to participate in a sing-off to try and steal a seat among The Four. The lucky winner of the competition will receive the honor of being iHeartMedia’s “On the Verge” artist and a recording contract with the infamous Republic Records, through Universal Music Group. Well well well, this ain’t no ordinary show! So, let’s get to know a little more about on of The Four‘s top contestants. One of them who is turning heads is Candace Boyd. She pretty much stole the show last night after going head to head with Ash and taking his place among The Four. Learn all about her in our Candice Boyd wiki.

For those of you wondering how old Candice Boyd is, the answer is 27. Yes, she’s young, beautiful, talented, and from Rancho Cucamonga, California. Being the daughter of a preacher, she grew up on gospel music, but would secretly listen to popular ’90s R&B hits. Even today, she claims that church and music are the driving forces in her life, and she manages to balance them both with ease. She worked towards her passion early in life and began singing in church. Intending to pursue a music career, she started uploading videos of herself singing on YouTube. Those videos helped her immensely and she started to get discovered, soon being offered a deal with APG/Atlantic Records. Boyd revealed that initially, she had no idea that representatives from Atlantic Records were really “sliding in her dm.” But after a few messages over three months, she opened up for a discussion that finally led to a deal.

Once signed to Epic, Candice Boyd is a contemporary R&B singer and songwriter. Having entered the industry as a vocalist in the background and foreground of tracks by David Guetta, Flo Rida, and Nelly in the early 2010s, she paved her way ahead and began working with Ne -Yo, joining his Compound University roster. Afterwards, she recorded with Nicki Minaj and was heard on The Pinkprint. Later, she appeared on Ne-Yo’s “She Said I’m Hood Tho” and received her very first songwriting credit as a co-composer of “Never” by Tamar Braxton. In 2016, she appeared on DJ Quik and Problem’s “Rosecrans.” That June, she made her solo debut for Epic with the song “Damn Good Time.” Her second single, “Make Me Over” came out in March 2017. A few months after the release of her second single, she was featured on Eric Bellinger’s Cannabliss EP.

She’s felt she’s been on the cusp of greatness all this time, having been put in the shadows and cast as a backup singer for many great artists. But not anymore! Candace Boyd believes that now it’s her time to shine! (And we can’t disagree, just check out her chops in the jaw-dropping performance of this popular Mary J. Blige cover below!)


With her winning attitude and great talent, Candice Boyd definitely has the potential to be the ultimate winner. We wish her luck and hope she continues to stand out!