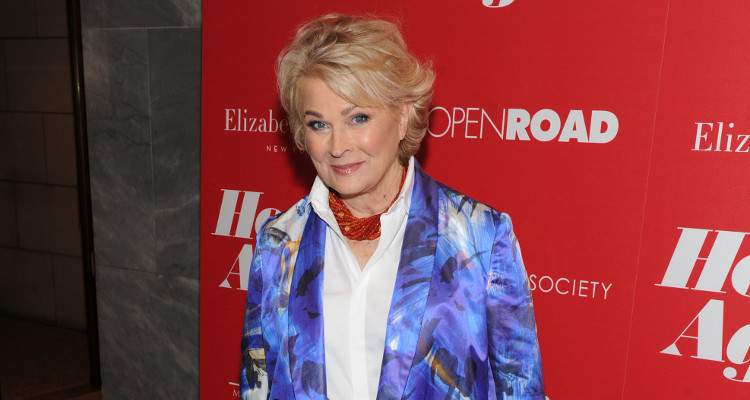 Actress Candice Bergen is known for her role in the sitcom Murphy Brown. On the show, she played the role of a fierce reporter, which won her five Emmy Awards and two Golden Globes. Her last significant role was in the series Boston Legal. Due to her impeccable acting skills, many fans are missing her on the TV screen and are wondering where Candice Bergen is today. So, where Candice is Bergen now? Keep reading to find out!

Born on May 9, 1946, Candice Bergen’s age is 71. Besides being known for the series, Murphy Brown, Bergen is also famous for playing the character of Shirley Schmidt on the ABC drama, Boston Legal.

Throughout her career in the film and TV industry, Bergen has worked in several movies and TV shows. She has been seen in movies like Getting Straight, 11 Harrowhouse, A Night Full of Rain, Starting Over, Gandhi, 2010, Miss Congeniality, Sweet Home Alabama, View from the Top, Sex and the City, Bride Wars, Rules Don’t Apply, and Home Again.

Ali MacGraw and me in Venice. The one in LA not Italy. Friends for fifty years.

Everybody remembers young Candice Bergen. She was also a famous model who was featured on the covers of Vogue magazine. Over the years, Bergen has retained her charm and has become an excellent actress.

There is good news for Candice Bergen fans! She is all set to reprise her role on the CBS sitcom, Murphy Brown! The show ended over 30 years ago, and it was perhaps one of Candice Bergen’s finest works.

Shittiest week ever and then today I find out that “Murphy Brown” is coming back for 13 episodes. Murphy Brown was one of the reasons I wanted to be a journalist (though the world was one of the reasons I quit journalism.) So happy to see one of my favorite shows and favorite actress return to television! . . #murphybrown #murphy #cbs #returningtvshows #lovethisshow #FYI #cantwait #happiness #journalism #candicebergen #dianeenglish #somanyemmys #sohappy #goldenageoftelevision @murphybrownpod @bergenbags

However, Bergen will again play the role of the beloved TV reporter, Murphy Brown. She is also the executive producer of the sitcom along with the creator, Diane English.

Murphy Brown is getting the reboot with a 13 episode pickup at CBS. And yes, Candice Bergen will be returning. . . #murphybrown #candicebergen #cbs

CBS released a statement about the show, which read, “As its 30th anniversary approaches, Murphy Brown returns to a world of cable news, social media, fake news and a very different political and cultural climate.”

If you want to take a sneak peek into her life, then make sure you follow Candice Bergen’s Instagram account. It has almost 52K followers, and she often posts photos for her fans.

There is hardly any difference between young Candice Bergen and the way she looks now. Undoubtedly, she still looks just as charming and beautiful as the young Murphy Brown we originally came to know and love!