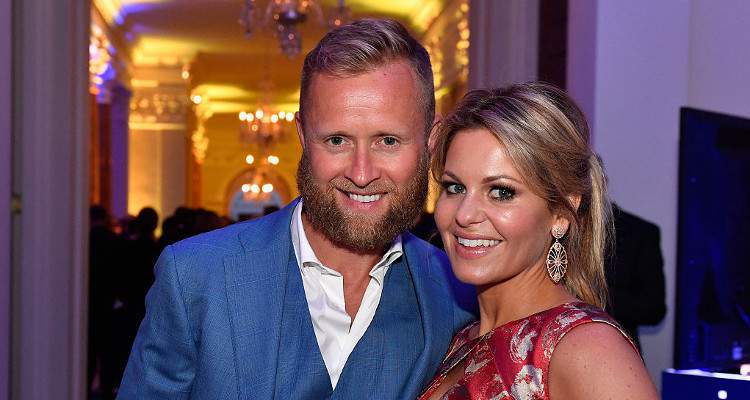 Valeri Bure was born into a Russian family that loved sports, and he decided early on to become a hockey player. He played in both amateur and professional leagues, even representing Russia at the Olympics! He is now married to actress Candace Cameron, and the couple has three children together. Bure’s passion is building his own wine company and becoming a wine expert. With a healthy net worth of $10.0 million and a good woman behind him, he has reason to feel secure about his future.

Candace Cameron’s husband does not like seeing his wife kiss other guys on TV, but it’s kind of unavoidable considering she is an actress. She also dislikes kissing scenes and understands why her husband does not often visit her on set. Who is Valeri Bure? He is a Russian-American former hockey player who played 10 NHL seasons with the Montreal Canadiens, Florida Panthers, Calgary Flames, Dallas Stars, and St. Louis Blues. Valeri Bure and Candace Cameron got married on June 22, 1996, and have been together ever since. People want to know more about him, so we have some details from Valeri Bure’s wiki.

Born on June 13, 1974, in Moscow (then USSR) to Tatiana and Vladimir Bure, Valeri Bure’s age is 43. His father was an Olympic swimmer who won four medals for the USSR at three Olympic Games between 1968 and 1976 and encouraged his sons to play sports. His youngest son, Valeri, was only nine years old when he and his wife separated and moved to North America with him and his older son, Pavel. The Bure family settled in Los Angeles where Vladimir trained and coached his sons to play hockey and improve their physical conditioning. After playing in the USSR for a short while, Valeri joined the Spokane Chiefs of the Western Hockey League, becoming the first Russian player to do so.

He turned pro in the 1994-1995 season and made his NHL debut for the Montreal Canadiens against the New York Islanders on February 28, 1995. His brother, Pavel was already a hockey superstar, and after an initial struggle in his shadow, he worked hard to become a better player. In his international career, Bure played for Russia and was on the team that won the silver medal in the 1998 Olympics, and bronze in the 2002 Games.

Bure met his future wife at a charity hockey game, and sparks immediately flew. With Cameron, Valeri Bure’s kids are: Natasha, Lev, and Maksim. He said that he retired from hockey in 2005, not due to his injuries, but because he wanted to spend more time with his kids and so that his wife could return to acting.

A Passion for Wine

Bure tried his hand at being a business owner, so he and his wife opened a winery called Bure Family Wines, in Napa Valley, California. He developed an interest in wines very early in his NHL career, and it soon became an all-consuming passion. “I fell in love with the behind-the-scenes work and being able to start from the vineyard and put it into a bottle,” he said, adding, “It’s an amazing process.” Improvising his great-grandfather’s Russian imperial seal, it became Valeri Bure’s winery label. Thanks to his successful hockey career and now his businesses, Valeri Bure’s net worth is a healthy $10.0 million and growing. With his passion for wine combined with his hard work and dedication, there is little doubt that Bure will see even more success.

Bure and Cameron have a happy marriage because they respect each other and don’t tell the other what to do. Cameron explained, “He’s always held a position that ‘I don’t want to ever tell you not to or stop you from your job,’ and all that, but he doesn’t want to watch [Fuller House], and I respect that. And it’s the boundaries.” With his marriage giving him strength, complete with healthy, loving kids and a head full of ambition, Valeri Bure seems to have it all. Their future certainly looks bright!