Netflix’s latest documentary, Crip Camp: A Disability Revolution, is the feel-good entertainment we need during this self-isolation period. The documentary, which premiered at Sundance 2020, first made a mark on public consciousness when we heard that Barack and Michelle Obama were producing it through their collaboration with Netflix. Camp Jened, the subject of this documentary, is a real camp that was lauded for inspiring a social movement and a whole generation of disabled teens. Ahead of the March 25 premiere, take a look at our Camp Jened wiki for more insight into this amazing place.

According to Crip Camp documentarian and Camp Jened alum Jim LeBrecht, Camp Jened was “a summer camp for the handicapped run by hippies.” It was launched in 1952 in the Catskills, New York, by families of children with cerebral palsy.

The camp welcomed young adults with developmental disabilities. Camp Jened was at its peak during the ‘60s and ‘70s, hosting some young campers who would go on to become notable names in the disability rights movement.

Judy Heumann is one prominent Jenedian and camp counselor. She has advocated for disability rights while working for the Clinton and Obama administrations and the World Bank.

According to Heumann, the disability rights revolution began brewing among her fellow Jenedians at the Hunter, New York camp during the ‘70s, when they were on the verge of going to college.

Jenedians at a Camp Abelard concert, submitted by Dave Arnou

The camp fostered a community feeling and awareness about the ill-treatment of the disabled. These inspired youths would go on to become very visible personalities in public discussions for disability rights.

Camp Jened’s latest incarnation had a pool, radio station, and animal farm for the campers. They could also explore nature in the Catskill Mountains. They also got to participate in boating, a sensory room, and performing arts. 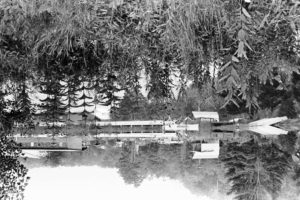 Financial difficulties caused the camp to close in 1977. But it wasn’t closed for long.

The camp reopened in 1980 in Rock Hill, New York. And it thrived for over 25 years under the umbrella of the Cerebral Palsy Associations of New York State.

Camp Jened continued to offer a recreational space for its campers until it again closed in 2009 “for good,” because of financial difficulties.

However, in 2017, the town of Rock Hill bought the 175-acre camp property for $1.5 million, with the intent of converting it into a town park. The status of the camp is unclear at the moment.

What Were Camp Jened’s Rules?

Besides the usual ban on drugs and alcohol, campers were not permitted to go off site without permission.

The camp did, however, allow smoking, but only in the designated area called the “smoking table.” This zone was also a center for gossiping and just hanging out.

The dress code was also designed for practicality. For instance, camp-goer’s shoes needed protect them from possible infections and being run over by a wheelchair. Campers also needed to have their whistle on them at all times, for safety.