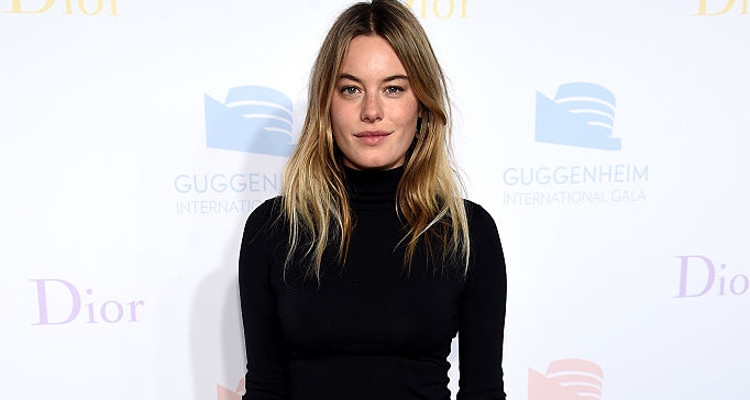 This will be the first time that French-American model, Camille Rowe will be walking in the Victoria’s Secret 2016 Fashion Show. Here is what you should know about the model.

The stage is set and the models are gearing up to strut their stuff for the biggest fashion show of the year! The Victoria’s Secret 2016 Fashion Show will be held in Paris this year. The show is on November 30, however, you will have to wait a bit to watch it, as the show will not be aired until December 5. While some models are accustomed to walking the Victoria’s Secret 2016 Fashion Show, there are some newbies who are nervous and honored to have the opportunity to walk during the show this year.

Camille Rowe was born on January 7, 1990 in Paris, France. This French model is only 26, and is already well-established in the modeling industry. Her mother is American, and was a model and dancer at Le Lido Club. Her father is of French ethnicity and is in the restaurant business, thus making Camille Rowe’s ethnicity French-American. Most of Camille’s childhood was spent traveling between Paris, California, and Brooklyn. To further pursue her modeling career, Rowe recently moved to Los Angeles.

While studying at a French University, Rowe got an offer to model. In 2008, she was spotted by a modeling agency in a café in Le Marais. Her modeling career took off and she has appeared in various advertisement campaigns since then.

She was featured in a Dior Homme ad, and was cast alongside famous English actor Robert Pattinson. Since then, has been seen in several other advertising campaigns for Louis Vuitton, Tommy Hilfiger, H&M, Gap, Victoria’s Secret, Chloé, and Abercrombie & Fitch.

She has even graced the cover of several magazines including Elle, L’officiel, Marie Claire, Crash, Madame Figaro, and Vogue Paris. Apart from modeling, she was also in the French film, Our Day Will Come. She was also in the music video for “Call Me Back” by The Strokes. Camille Rowe was also named April 2016 Playboy Playmate of the Month.

She has worked with a couple of modeling agencies, including Stage Tokyo Model Agency, WM Model Management and MODELWERK. Currently her modeling agency is The Society Management.

Rowe is very active on social media, her Instagram account, FingerMonkey, has 251 thousand followers and she regularly updates her page with interesting photos of her life and work. There is no information about Camille Rowe’s net worth, but it will surely spike after she walks in the Victoria’s Secret Fashion Show 2016! During an interview with Marie Claire, Camille Rowe claimed she was nervous as well as excited to walk with all the Angels in the show.

If you are excited to watch Camille Rowe walk with other Victoria’s Secret Angels, don’t forget to watch the fun and exciting performances at the Victoria’s Fashion Show on December 5, 2016 at 10:00 p.m. EST on CBS.