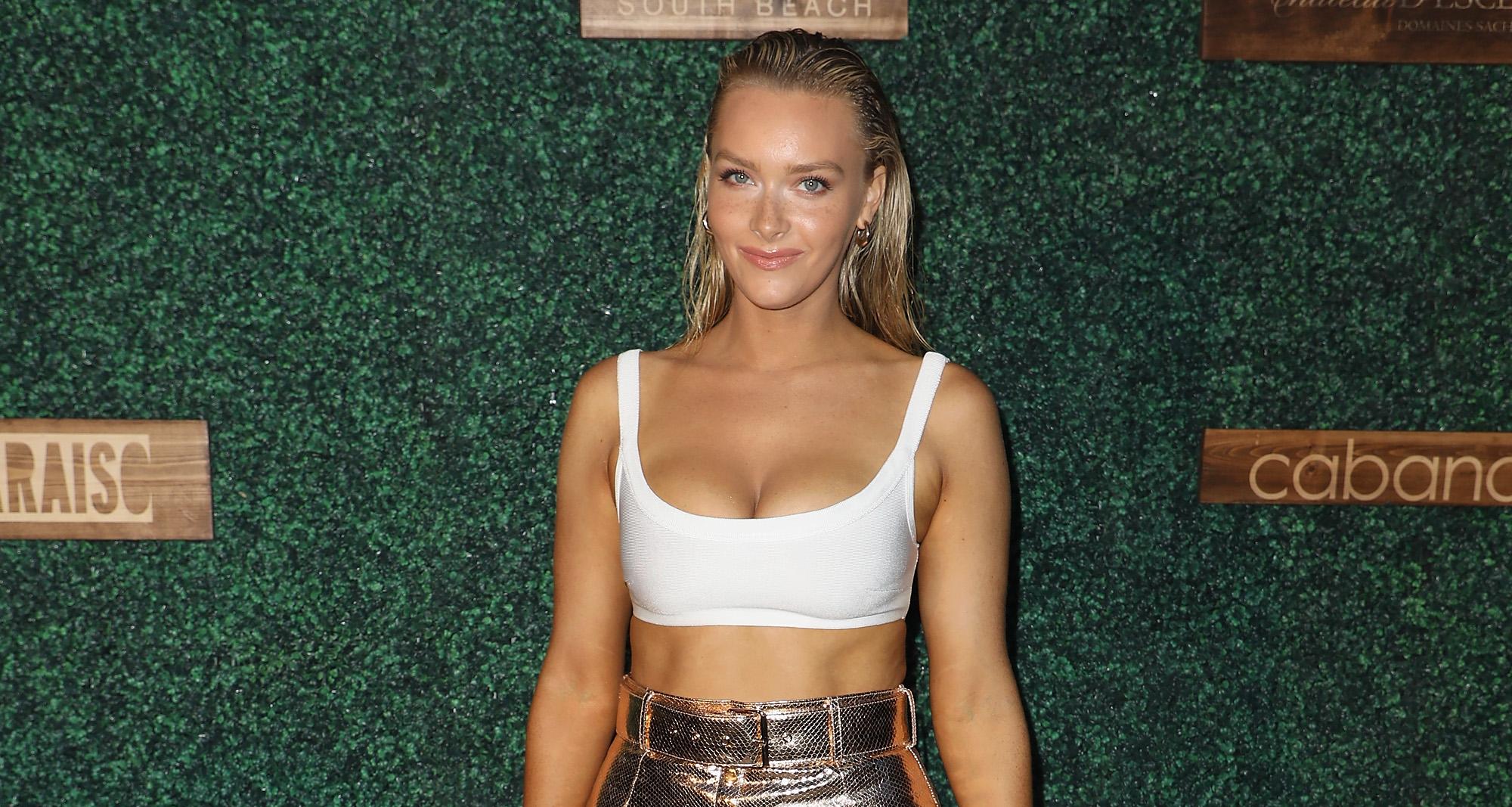 Rob Gronkowski and the New England Patriots may have lost Sunday night’s game to the Jacksonville Jaguars, but The Gronk is getting a lot of attention thanks to his fabulous WAG, Camille Kostek. Gronkowski and Kostek dated on and off before reuniting in April 2018. Now, they’re back at and giving everyone new #couplesgoals.

Since Rob Gronkowski and Camille Kostek rekindled their romance in April 2018 (around the same time The Gronk decided to continue with the Patriots), Kostek has been embracing the WAG life.

She’s not just cheering on her beau at home games, either; she’s making the plane rides to Jacksonville and clapping back at Jalen Ramsey for talking smack about her man!

The former Patriots cheerleader is getting attention everywhere she goes, which sounds like a great opportunity for a Camille Kostek wiki.

She Dated the Gronk On and Off

Camille Veronica Kostek is from Connecticut and was born on February 19, 1992, making her 26 years old.

She was a cheerleader in the New England Patriots franchise but became a well-known face when she was romantically linked to the team’s star tight-end, Rob Gronkowski.

The two actually, connected outside the team dynamics, when Kostek had retired as a cheerleader in 2015. “We first got in touch once I resigned from the team.

I always knew who he was before I was even a cheerleader. I knew who he was on the roster. I just never paid any mind. Once I resigned is when we finally met,” she said.

Their dating rumors made the rounds, but Gronkowski had publicly declared he was single around that time.

However, the rumors persisted and then in September 2015, much to the disappointment of hopeful ladies everywhere, it appeared that Rob and Camille graduated from a casual romance into something deeper.

They made their relationship Instagram official that month, too. Kostek was the Gronk’s date to the 2016 Kids’ Choice Sports Awards and they celebrated his 27th birthday together.

They went through an off-period in 2017 before getting back together just in time for Gronk’s 28th birthday.

But their sightings together became fewer in 2018, with speculation about Gronkowski’s future with the Patriots. During the uncertain time of his career, he spent time with Kostek.

Then in April, Kostek posted an Instagram story of the both of them playing around in the pool at her grandmother’s home, where she called Rob her “human water ski.” It was pretty clear that these two were going strong and to top it all off, Rob decided to continue his career with the Patriots.

watching you practice is cool, but the end is my favorite part #onfieldkisses #yousweatybutyoucute ?❤️ shoutout to my sexy photog @jessiejamesdecker ? welcome to #PatsNation ?

Kostek is always there to support her boyfriend at his games. When Jacksonville’s Jalen Ramsey commented that Gronkowski is “not that good” as a tight-end, Kostek clapped back saying, “Rob’s sexier than you, and he’s a better football player.” Obviously, she got her man’s back!

She Was a Patriots Cheerleader

Kostek is the oldest of four children born to Christina and Alan Kostek. Her father is a contractor who built their family home in Killingworth, Connecticut himself. Her mom was the manager of a gym. Kostek boasts Polish, Irish, and Jamaican ancestry from her parents.

She graduated from Haddam-Killingworth High School in 2010, where she was the lacrosse team captain. She was also a cheerleader in high school.

She always knew she wanted a career in the spotlight. Her parents sent her to ballet classes when she was just three to give her performance aspirations a boost. By the age of seven, she was dancing in national competitions.

Kostek pursued a cheerleading career to combine her love for sports and dance. When she was 19, she was training to be a cheerleader for the Patriots. The following year, she snagged one of the 20 spots on the squad, beating out 500 other girls!

With her intense training, Camille said there was no room for romance, especially with the footballers. “When you make the team, you’re completely two separate entities.

Although you’re a Patriots cheerleader, you are not one team. As cheerleaders, we would be removed, cut from the team. It’s now allowed.”

She quit the squad in 2015 and that’s when dating rumors with Gronkowski followed.

Kostek changed professional paths from dancer to model and snagged her dream job with Sports Illustrated. But as a teen, Kostek didn’t see a place for a 5’8” girl with a curvy dancer’s body in the modeling industry.

The unjust body standards for a model discouraged her for a while, until Ashley Graham entered the scene and initiated a “body positive” movement in the industry. Kostek finally felt that modeling was for her.

She signed with Maggie Inc., went to casting calls, and turned down jobs when they wanted her to change her body. She moved to L.A. where a host of active-wear brands were specifically looking for models like her.

She entered the SI video contest and competed against 8000 hopeful women to emerge as a finalist for the SI Swim Search. With enough fan votes, she would be the newest addition to the SI 2019 Rookie class!

Camille’s dream came true and she was featured in a Sports Illustrated issue. She truly believes the magazine sends an empowering message to women.

“I just want to send the best message possible to women. And I’m just so thankful because I honestly never thought I could model.

I’ve always been told I wasn’t tall enough, I wasn’t thin enough. It’s motivating when someone tells you it’s possible to do something that seems impossible,” she said.

Gronkowski, the ever-supportive boyfriend, also showed his support for Kostek by commenting on her Instagram post saying, “O baby, I would be considered a super plus size if I modeled and I’m damn sexy… own it, embrace it, be different, respect all types and just do you baby!!” (Did we mention he’s quite funny sometimes?)

She Planned to Pursue Broadcast Journalism

During her journey, Kostek had kept her career options diverse. She had studied communications at Eastern Connecticut State University and had tried out for broadcast jobs at ESPN, too.

She does have some experience as a broadcast reporter at her high school and university TV stations.

She collaborated with Dirty Water Media to interview personalities like her idol, Maria Menounos.

With healthy habits and a fit lifestyle instilled in her by her mom, Kostek even trained to become a certified fitness instructor.

But after the end of her dance career, she was set on pursuing modeling.

Well, it certainly worked out for her!