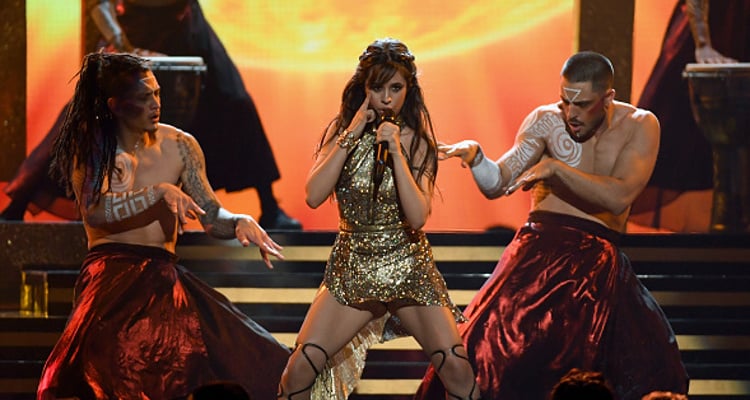 Camilla Cabello has been linked with a number of people, and not many of those rumors have actually been true. So who did the “Inside Out” singer actually date? After much speculation and many other rumors about her love life, the singer is keeping mum about who she’s dating. Here’s a list of people that Cabello allegedly dated, and a lot more names of those who were “just friends” with her.

The former Fifth Harmony singer is a sizzler, and she opened Bruno Mars’ 24k Magic World Tour on July 20, 2017 with her new song, “Inside Out.” Camilla Cabello had the crowd in the palm of her hand when she asked them to close their eyes and imagine that they were in Jamaica, before debuting her new single. We all know that Cabello left Fifth Harmony to start her solo career, but who is Camila Cabello’s boyfriend? Is Camilla Cabello dating anyone at the moment, or is she happily single? Read on to know all about the Cuban singer, right here!

Camila Cabello is making headlines for her new songs, meaning that her exit from Fifth Harmony proved to be a good move after all. The “Crying in the Club” songstress is totally surpassing the expectations of her fans, and is focusing on making her own music. Fans saw Cabello open for Bruno Mars’ tour and she looked like a million bucks! Can a hottie like her stay single for long? Well, after her split with Austin Mahone, there hasn’t been much going on in her love life, but it is rumored that she was dating Shawn Mendes. But, then again, Cabello has been linked to so many people that we cannot separate fact from fiction! She almost always chooses to be silent about her love life, and keeps people guessing. Here’s a look at what people think Camila Cabello’s dating timeline looks like.

We definitely know that Cabello was dating Mahone. It may have been just for one year, but the they looked like they were made for each other. Fans were heartbroken when the two split up and there has been no news of them even being “good friends.”

There is definitely a connection here, and everyone was excited when they heard that Cabello was possibly dating Mendes. Unfortunately, the couple shut down the rumors, saying that they were “just good friends” and nothing more.

Well, this is a total possibility right? A former One Direction star dating a former Fifth Harmony singer is just too cool not to be true! Fans were ahead of the game and had #loumila trending, hoping that the two singers would confirm the news. But there is a lack of proof, other than the fact that they hung out at Project Club L.A. and left around the same time (in different vehicles).

i want 10k bye the end of this year aw #loumila

Not too long after her fellow Fifth Harmony member came out as bisexual, Cabello was immediately linked with her. Fans went ahead and edited photos of the two with #carmen. But the rumors were squashed by Jauregui who said it was a lie and kind of disrespectful to herself and her friend.

Though the rumors never cease, Camila Cabello might currently be single. She is concentrating on her career for now, and nobody can take that away from her!