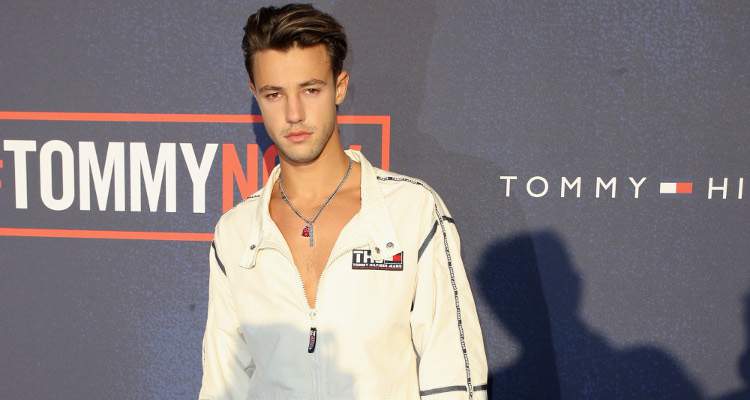 Cameron Dallas, who rose to prominence thanks to YouTube and Vine, seems to be madly in love. Or, was it just for a photo shoot?

The 23-year-old recently posted a picture on Instagram that has many wondering if he has a girlfriend or not. The real question here is; who was Cameron Dallas kissing?

Since the photo, you could hear hearts breaking around the world, causing much interest in the new mystery lady. Many people are now wondering who Cameron Dallas is dating; we have the details right here!

Who Is Cameron Dallas Dating?

Dallas posted a photo on Instagram showing himself kissing a woman, with the caption, “Officially taken,” followed by two heart emojis.

Many his fans commented that they were happy for him, whereas others mentioned their heartbreak. However, there is a twist to this story: Dallas is actually not dating anyone!

Reportedly, the woman in the photo is Italian blogger and model, Giorgia Caldarulo. She has over 115k followers on Instagram, and she is undoubtedly a stunner! Caldarulo’s account is filled with photos of her looking gorgeous and killing it in every single picture.

So, it looks like we all can take a deep breath and relax, as Cameron Dallas is seemingly single, and possibly still looking for love!

From uploading videos on YouTube to getting a reality show, it seems like the stars are finally aligning for Dallas’ professional life. His show, Chasing Cameron, is officially available on Netflix.

In a 2017 interview, the star confirmed that there will be a season 2 of Chasing Cameron.

Dallas said, “For sure. 100% there will be a season 2. […] I think it’s gonna dive deeper more into my relationship between my mom and sister, and then kind of a more in-depth view on where we’re going and what’s continuing to go on, because we’re only taking steps forward, so I feel like the more we go, the more interesting it gets. [sic]”

Although we do not yet have a premiere date, we hope that Chasing Cameron will be released sooner rather than later!