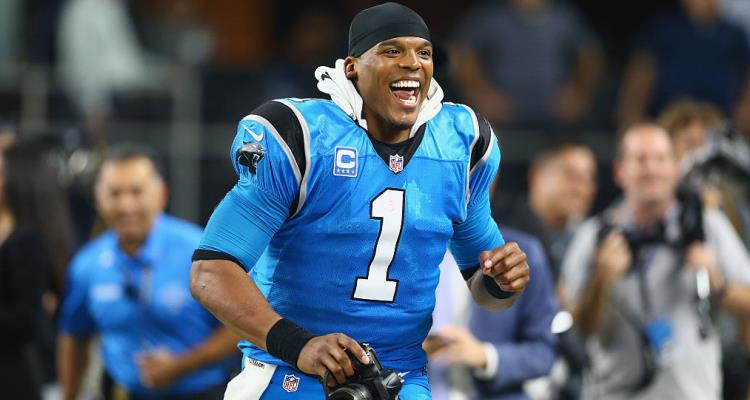 Cam Newton’s injury status is currently set to “questionable” on Fox Sports’ player profile, after the football quarterback suffered a head injury in a game against the Falcons in Week 4. The National Football League player did, however, miss the following game against the Tampa Bay Buccaneers. In the press conference,the Panthers QBspoke about his concussion and said, “Part of me is happy for it, just to know and go through it. Part of me is like, that could have been preventable. Just run through the damn end zone Cam, and everything will be alright.” Newton continued to say he learned his lesson. For more information about Cam Newton’s past injuries in the NFL and if he will play in Week 8 here’s what you need to know.

NFL.com says Newton must face the task of picking apart the Arizona defense, which has been playing extremely well lately. Newton has maintained his status as a top-end fantasy single-caller—he scored 21 or more fantasy points in three of the four games he’s played. Thanks to Newton being at home base, he is expected to do quite well in Week 8. That being aid, the Cardinals are a force to be reckoned with and are guaranteed to bring their best game forward. The match kicks off Sunday at 1:00 p.m. EST and you can stream it with NFL Game Pass, DirectTV, or watch as it airs October 30 on the NBC network.

Thankfully, Newton was only out for a week and returned with a slow start in Week 6. He and the Panthers faced the Cardinals in Week 7, and now fans are questioning if he will lead in Week 8. Stay posted for more updates as we follow the NFL 2016 season! Until then, check out our Cam Newton wiki to learn more about the star QB!