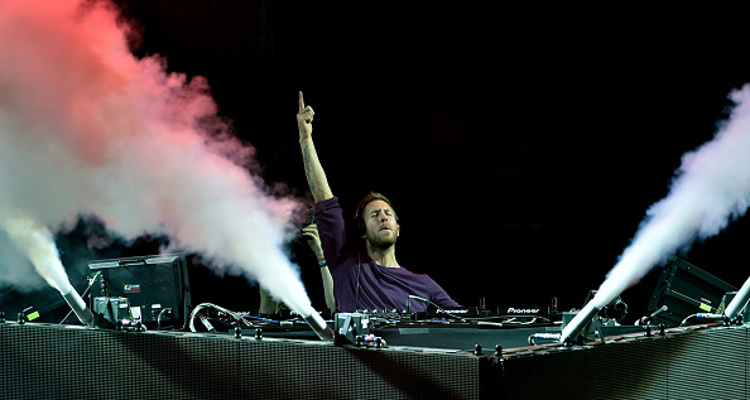 While Calvin Harris may now be talked about for his personal life (and his not-so-great break up with ex-girlfriend, Taylor Swift), his music is looking to make a very public comeback. And rightfully so. Calvin Harris is one of the highest paid DJ’s in the world, holding the top spot for three years (2013 -2015). He has a very well paying residency at the Omnia club in Las Vegas and, for better or for worse, he has an incredibly high profile due to his past relationship with Taylor Swift. All things considered, it’s a great time for a Calvin Harris release. We’ve gone looking high and low for as much information as we could find on the upcoming songs of Calvin Harris to get you up to date before the album drops.

Of the upcoming album releases of 2017, the new Calvin Harris album is probably the most awaited in the dance music/EDM world. Harris is incredibly high in demand right now for touring and recorded music. Given that some of his peers are slowing down at the moment, now would be a great opportunity for Harris to put a new album out there. Pressure from his record label might be intense if Harris wasn’t his own boss of sorts. You see, most of Calvin Harris’s music is produced (at least initially) by Fly Eye Records. The head of Fly Eye Records is Calvin Harris himself. Fly Eye has partnerships with some other labels for distribution, but for all intents and purposes, Harris is his own label and therefore his own boss. The good news about this is that Harris can take time crafting tracks and albums, and he can work at his own pace without a record company breathing down his neck. The bad news is that Harris can take as much time as he needs to put out albums and singles, which can result in a long wait for fans.

New Album on its Way… Or is it?

The first glimpse of new music we’ve gotten from Calvin Harris was in July of 2015 when he released, “How Deep Is Your Love?” with producers known as the Disciples. It did exceptionally well, as the track ranked in the top 10 of charts in 22 different countries! The song was followed by his collaboration with Rihanna, “This Is What You Came For” in April 2016, “Hype” in July 2016, and then “My Way” in September of 2016. All of these songs have charted well and you would think the next step would be an album. He’s essentially already got half of an album done, he just needs five more songs!

However, there is a rumor that Calvin Harris may either be done with the album format entirely, or just for the time being. These rumors state that Harris will no longer release full-length albums, but will continue to release singles. In a time where iTunes, Spotify, and Youtube are the primary access points for music, it wouldn’t be too surprising if this is Harris’s tactic. There are several artists who keep releasing singles, and bundle them together to create a new album. If that’s the case here, the Calvin Harris song list for his new album would include “How Deep Is Your Love,” “This Is What You Came For,” “Hype,” and “My Way.”