The Los Angeles Clippers and Dallas Mavericks are going to face off in the 2020 NBA Playoffs. Whichever team wins, Callie Rivers is the real winner. The daughter of the Clippers’ coach, Doc Rivers, is married to the Mavericks’ star player, Seth Curry. The mystery is, however, which team Callie is rooting for. The Rivers vs. Curry rivalry on the court has never been more exciting! This Callie Rivers wiki elaborates more on the NBA’s royal family.

Callie Rivers, born on September 17, 1989, is the only daughter of four children born to NBA coach Glenn “Doc” Rivers and his wife, Kristin “Kris” Rivers. Born in Atlanta, Georgia, she was raised alongside her brothers, Jeremiah, Austin and Spencer, in Winter Park, Florida.

Doc Rivers is a celebrated basketball coach who has worked with the Orlando Magic and Boston Celtics and is currently with the Los Angeles Clippers. And his kids are also talented athletes in their own right.

Callie tried track and soccer before settling on volleyball as her chosen sport, while her brothers stuck to basketball. The Rivers kids attended Winter Park High School where they won multiple basketball and volleyball championships.

While the kids played, Kris Rivers was an ever-present team mom assisting her childrens’ teams wherever she could. Meanwhile, Doc never missed his children’s games, flying back and forth between NBA venues to Winter Park. Kris, however, bemoans her kids inherited Doc’s competitive drive. The coach admitted that of all his kids, his daughter is the most competitive.

The oldest of the Rivers kids, Jeremiah, played basketball at Georgetown University and later at Indiana University. He’s played professional basketball internationally and in the NBA D-League (now G League).

Callie’s younger brother, Austin, plays for the Houston Rockets in the NBA. The youngest, Spencer, played for UC Irvine.

Austin’s close friend and teammate, Adam Jones, had a very difficult life until Doc and Kris stepped in. The coach and his wife attained guardianship of Jones and raised him alongside their kids.

Blessed with the Rivers family’s athletic talent, Callie Rivers pursued her own path to the volleyball court. She was affiliated with the Orlando Volleyball Academy and won several honors throughout her student life.

She was able to lead Winter Park High’s volleyball team to three championships before graduating. She played for the USA Junior National A2 Team at the USA Junior Olympic Girls’ Volleyball team and was named MVP of 2006 USA High Performance Championships. She became the first athlete in her high school’s history to have her number retired.

Rivers attended the University of Florida where she studied telecommunications production and played for the Gators volleyball team. She finished her collegiate career with 386 sets and 835 kills with the Gators.

She flirted with the idea of working in sports broadcasting one day. Instead, after graduating in 2010, Rivers pursued a professional volleyball career internationally.  She officially joined the Leonas de Ponce in the Liga de Voleibol Superior Femenino before retiring later.

When Paul George moved to the Clippers from Oklahoma City Thunder, NBA fans anticipated there might have been some awkwardness between him and the coach. After all, George did date and reportedly cheat on Coach Doc Rivers’ daughter.

Callie Rivers dated Paul George years ago. She was even seen cheering for him during his time with the Portland Trailblazers. 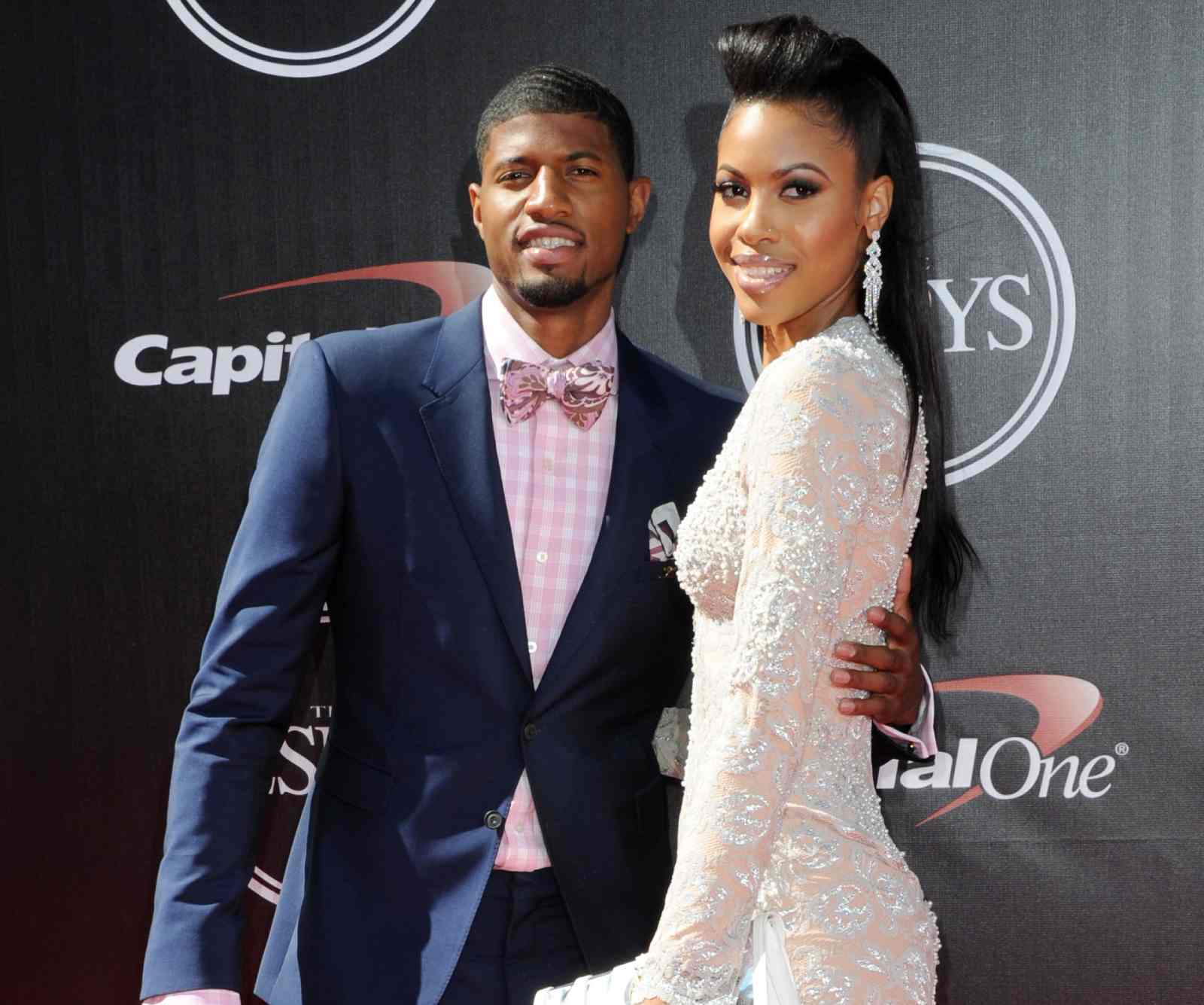 George caused the Rivers some embarrassment when it was reported that he cheated on Callie with a stripper. The stripper in question is Daniela Rajic, George’s baby mama and current girlfriend.

In 2014, Rajic accused George of paying her $1.0 million to get an abortion. Rajic and George were even locked in a paternity battle. After it was proved that Olivia is his daughter, George and Rajic reconciled.

Safe to say, Callie and George broke up. There are, however, no confirmed reports of tension between George and Coach Rivers.

Callie Rivers and Seth Curry Have a Daughter

Rivers swiftly moved on from Paul George and dated Dallas Mavericks’ Seth Curry. The Rivers and Curry families, of course, go way back.

Their fathers are legendary NBA players, Doc Rivers and Dell Curry. They were rivals on courtside in the ‘80s and ‘90s, but great friends and golf buddies off the court.

happy valentines day to my forever valentine @sdotcurry a year ago today you asked me to spend the rest of our lives together. this past couple of years has been the best of my life. through ups and downs you are always level & most of the times it’s what makes me feel most secure (& other times it makes me lose my mind that you don’t lose your mind like my crazy ass) anyways love you more today than i did yesterday and less than i will tmrw. thanks for your last name 💗🍊🍋

Austin was the typical skeptical brother when he first heard his sister was dating another NBA player. But when he found out it was Seth, he felt his friend was a deserving partner for Callie.

Seth and Callie welcomed their first child, a daughter they named Carter Lynn Curry, on May 9, 2018.

After getting Coach Doc’s permission, Seth proposed to Callie on Valentine’s Day 2019 at a friends-and-family dinner in Charlotte, North Carolina. Callie and Seth married on September 14, 2019 in Malibu.