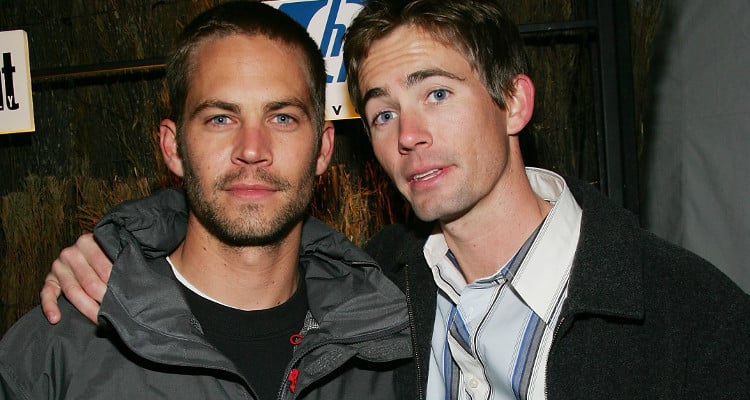 Many may know Caleb Walker more for more being the late Paul Walker’s brother than for his actual body of work. The actor, who filled in for Paul in Fast and Furious 7 after his untimely deatj, turns 39 today. Caleb and his brother, Cody, are trying to keep their eldest brother’s legacy alive with the Paul Walker Foundation. If you’re curious to know more about Caleb Walker and his family, his wife, and Paul Walker, you’ve come to the right place.

Here are some must-know facts about Caleb Walker:

The Walker family had five children of which Paul Walker was the eldest, followed by Caleb, then Cody and their two sisters, Ashlie and Amie Walker. Their mother was a fashion model and their father, who was a fighter and two-time Golden Glove Champion, worked as a sewer contractor. While one of his grandfathers had a boxing career, the other used to race factory cars for Ford.

Caleb Walker was deeply affected by his brother’s death. The eldest Walker had died in a car crash, leaving behind his teenage daughter and a grieving family. At that time of his death, he was filming the seventh installment of the Fast and Furious franchise. The filming was halted until the movie’s producers spoke to Walker’s family. Caleb and Cody Walker then stepped in as stand-ins for their brother to complete the movie, instead. Both Caleb and Cody Walker have a striking resemblance to their elder brother in both face and build. However, they needed the help of an acting coach because their experience in front of the camera was next to none. Throughout the course of filming, it was visible how close Caleb Walker and Vin Diesel really got to one another. When Paul Walker was alive, Vin Diesel referred to him as his brother and even named his daughter after him.

Not a day goes that were not feeling your energy and presence… @RealPaulWalker pic.twitter.com/3xl80kHLv4

He Has Worked as an Actor Before

Before standing in for his brother in Furious 7, Caleb Walker debuted as an actor in the 2012 short drama film, The Ultimate Sacrifice. Caleb and Cody Walker recently spoke with Entertainment Tonight and revealed that their brother’s character, Brian O’Connor, could possibly make a comeback in the future movies of the Fast and Furious franchise. Apparently, Vin Diesel and the filmmakers contacted the Walker family about the idea to make sure that it was okay with them. The family gave a positive response as it would keep their brother’s name alive. Who knows, maybe the brothers would once again step in for Paul?

In October of 2013, just a few weeks before Paul’s Walker’s death, Caleb Walker married Stephanie Branch. Their wedding was at a country club in California, where the Walkers lived their entire life and Paul Walker was his best man. Caleb Walker is also a doting uncle to his nieces, especially his eldest brother’s daughter, Meadow Walker.

He Tries His Best to Keep Paul Walker’s Legacy Alive

It must not be easy for them, but Caleb and Cody Walker, along with the rest of the family aim to keep their brother’s name alive through the goodness of their hearts, as they know the eldest Walker certainly had a big one. Caleb Walker helps his niece Meadow Walker with the Paul Walker Foundation. She started the foundation in memory of her father and the family raises funds that provides students with scholarships to study marine science, the field that Paul Walker studied in college. While Caleb Walker helps with the Paul Walker Foundation, Cody Walker manages Reach Out Worldwide, the organization started by Paul Walker when he was alive. He also founded ROWW in the wake of the devastating Haiti earthquake of 2010, and the organization provides skilled personnel and resources to people in the time of disasters.