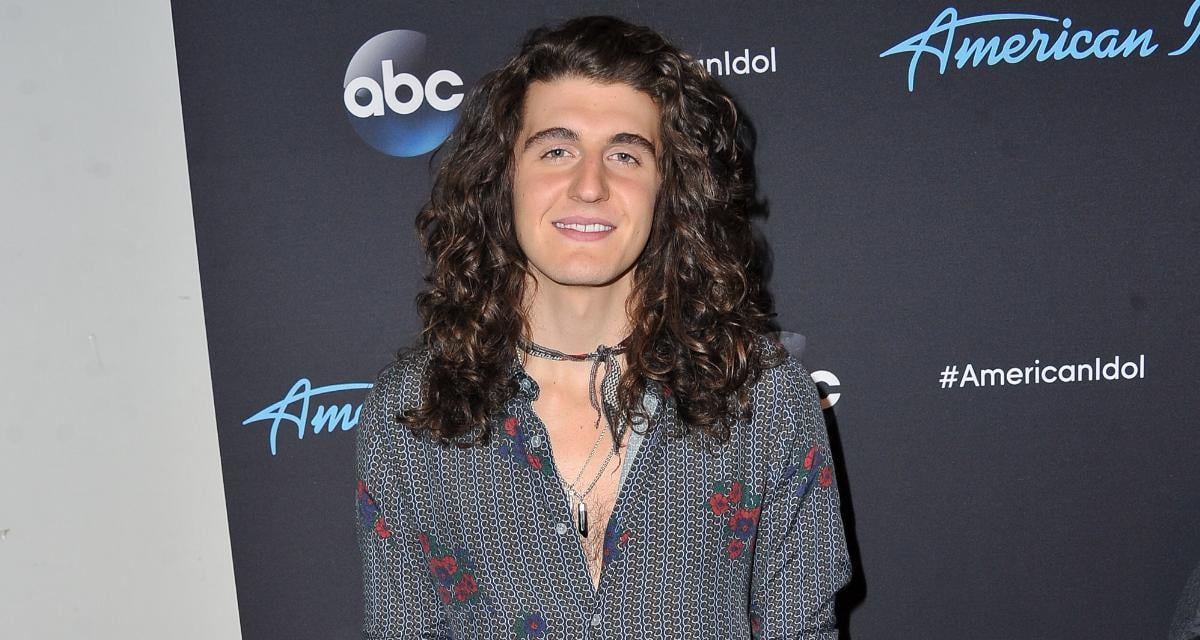 Cade Foehner, age 21, is considered a rock god already, and why not! The singer is taking American Idol to a whole new level with some quality performances in his kitty. He has already got a fan following, and it’s only a matter of time before he makes it big in the industry. The Texas native was raised on a farm, and we are in love with him!

It’s only a matter of time before Cade Foehner becomes a household name in music, especially rock. He has already shown he has what it takes to go home a winner.

Cade’s journey up until American Idol is very inspiring. And, he’s only 21!

Has Cade become your favorite American Idol contestant, too?

First things first, we have to point out what a good-looking family the Foehners are!

Cade Foehner was born on July 24, 1997, in east Texas. And after some serious snooping around, we found out that he is the youngest of his siblings, sisters Blaine Goodwyn and Krystina Lout.

According to his American Idol bio videos, Cade was raised simply on a 100-acre farm in Shelbyville, Texas. He was a rodeo cowboy up until the age of 13.

Singing came naturally Cade, which he’s been doing for some time now. But growing up in the country did not give him all the opportunities he needed to make it big.

Cade Foehner’s Instagram and Facebook accounts are full of his songs and band practices. And he is here to bring rock ‘n’ roll back!

The rocker’s idols are Led Zeppelin and Jimi Hendrix. He is a big fan of The Black Crowes, too.

This Texan knows his rock. But he loves to give it some Southern spice!

Cade’s mother, Kelly Foehner, is a teacher at Center Elementary School. She has been his biggest support, and he makes sure he conveys that to her on his Instagram account.

The musician’s family has been promoting him on social media ever since Cade Foehner auditioned for American Idol. They are confident that he will reach new heights now.

“When I saw him walk out with that golden ticket, it was like he made it. He did it,” Blaine Goodwyn said. “I’m crying now thinking of it. He finally got the yes he needed to keep him going. It was motivation.”

Nothing but love. #LA

Rock God of the Millennium?

American Idol is not the first competition Cade has entered. His social media account states that he has been a part of The Voice season 11. He was also a Dallas International Guitar Festival’s 10 Under 20 contestant and Louisiana Music Prize finalist.

Here are some more details about Cade:

Cade is a college student at Panola College and Liberty University in Texas. He says that he started his band, Johnson’s Lost Crowes, when he was 15 years old with other high school students. Now, where have we heard this before?

Johnson’s Lost Crowes has been in the public eye in the Southern belt. The boys have performed at various venues, too, like Maklemore’s Ale House & Bistro.

This self-taught guitarist has been playing at gigs since he was a freshman in high school. He has come a long way from local performances.

Cade loves his instruments, and his Teye Apache guitar with the feather on American Idol has become infamous now. He also has a Gibson J-45, a Marshall AVT150H, and an Epiphone Les Paul Standard.

Bringing Back the Magic of Rock

Cade’s American Idol journey began when he auditioned for the competition in August 2017 in Dallas. Since then, he has been leaving everyone who listens to him starry-eyed and nostalgic, transporting them back to the ‘60s and ‘70s!

In a music industry where EDM and pop are very popular, Cade brings rock back to its glory. He feels that his music adds dynamic to the genre, which is kind of lost. And, we agree!

Cade has already been proclaimed the “rock god” of 2018. His American Idol performances at the Solo Round, the Top 24 Selection Round, and the Top 24 Solos have been proof enough that he is a singer to watch.

The judge’s expressions after watching Cade’s performance in the clip below says it all:

The musician’s talents are not just limited to rock. Cade also sings in choirs from time to time, and his “Hallelujah” rendition on the piano was perfect in every way.

With 27k followers on Instagram alone, Cade is making it big one step at a time. And those on his social media accounts are sure he’s going to win American Idol this season.

Cade Foehner also has a YouTube channel of the same name. Head over there to see him do many covers from big names like Bob Dylan, Santana, and Jimi Hendrix.

You can check out his cover of “Black Magic Woman” by Santana below: