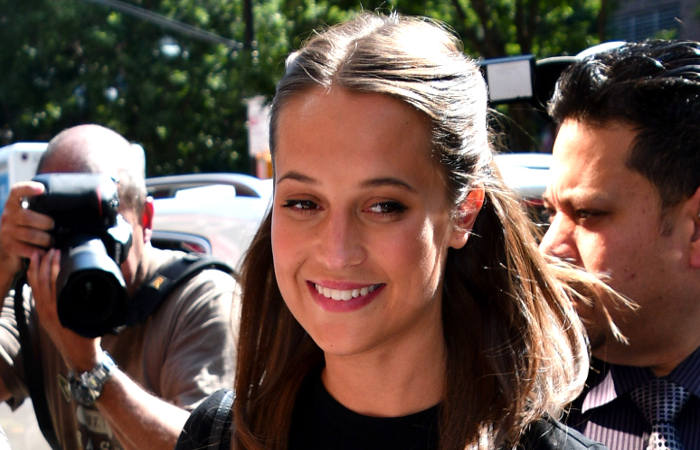 Oscar-winning actress Alicia Vikander is the new Lara Croft in the upcoming Tomb Raider reboot, directed by Roar Uthaug. The 27-year-old The Danish Girl star will play Croft in the story of a younger and untested version of the badass heroine, who has to fight for her life on her first adventure.

Variety reported that while others such as Daisy Ridley, Emilia Clarke, and Cara Delevigne wanted the role, Vikander was always a first choice, but the news was delayed due to the studio waiting on a draft of the new script.

Lara Croft was the lead in a 1996 video game, called Tomb Raider, about a British archaeologist, who is described as a beautiful and intelligent woman, who ventures into tombs all around the world. She was raised as an aristocrat born to a Lord (in her case, Dad for short) but wasn’t your typical girl growing up. In the earlier game manuals, she survives a plane crash at the age of 21 and is stranded for two weeks in the Himalayas.

Angelina Jolie famously paved the way as the first live-action British adventurer in 2001’s Lara Croft: Tomb Raider and 2003’s Lara Croft Tomb Raider: Cradle of Life. The movie series grossed $432.0 million worldwide. The franchise helped make Jolie a household name and established her as strong female lead, allowing her to be considered an international power house. Hopefully Vikander will get the same result if she proves herself to be as fierce as Jolie was.

Vikander won an Oscar for her performance in The Danish Girl and also gained attention for her role in Ex Machina. Her next upcoming project is starring alongside Matt Damon in the next installment of the Jason Bourne franchise and The Light between Oceans with Michael Fassbender.

The Tomb Raider series may be just what Vikander needs to make herself into a bankable star, just like Jolie. The fact that she was first choice for the role speaks well for her, and she’s on her way to becoming an international star.
Though a detailed premise for the reboot hasn’t been released, it’s safe to say that the usual elements of action, wit, danger, and adventure will be included in the latest Tomb Raider remake. And who doesn’t love an English accent?

Do you think Vikander will make a good Lara Croft?