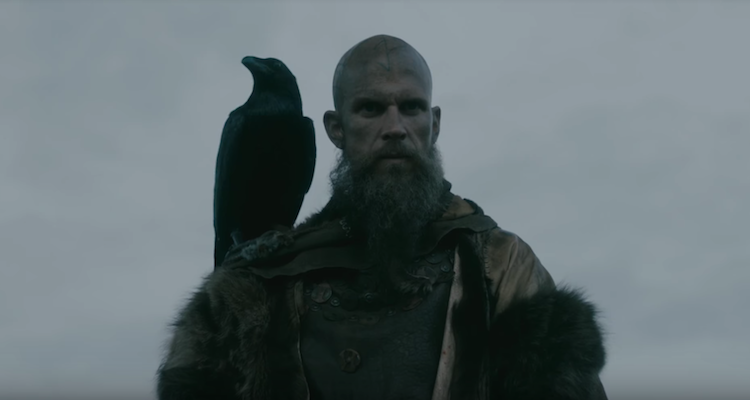 Vikings season 5 is well underway, and we are already almost at the halfway point of this season! Episode 9 airs tonight but if you can’t wait that long, we’ve got a few spoilers for you right here! So strap yourself in, because it looks like the war might not actually be over.

Okay, you have been warned, but just in case it didn’t stick: This article will contain Vikings season 5, episode 9 spoilers! If you don’t want to know what happens in tonight’s episode, you might want to stop reading now.

But before we go forward, we need to take a quick look back at the last episode. The big focal point of episode 8 was the conflict between the armies of Lagertha, Bjorn, and Ubbe and the armies of Harald, Ivar, and Hvitserk.

Bjorn and Lagertha gain the advantage over Harald’s forces, Ivar can’t send his troops to help, and then Heahmund is wounded. But instead of having him killed, Lagertha spares his life and he is taken captive.

Where Does This Leave Us for Episode 9?

The trailer for episode 9 gave us a number of small tidbits of information to build on. We get to see a small piece of a conversation between Lagertha and Heahmund. Heahmund considers the pair to be equals, but Lagertha shoots him down pretty hard.

Talk about a PLOT TWIST… ↩️

But there appears to be something going on here. According to sources, in episode 9, Heahmund tells Lagertha that, “I will fight for you, Lagertha. I will die for you.” That is some pretty heavy wording! Is romance in the air or is Heahmund trying to fool Lagertha?

Or is the trailer a red herring? Let’s be honest here, it’s been a while since Vikings lost a major character, and we are about due for a tragedy soon!

While we haven’t seen the next batch of episodes, we do know for a fact that episode 10 is the mid-season ender. The show will go on a small hiatus before the other 10 episodes are released later this year.

What does that mean? Well, if we had to bet, there is a very good chance a main character is going to bite the big one! As we previously mentioned, we haven’t had a major death on Vikings for a while now, and we think we know how it will be set up.

When somebody reminds me that there’s only 2 episodes left of #Vikings ?

Episode 9 is most likely going to lead to another battle in episode 10. It’s a good way to ease us into a break in the seasons. In that battle, we have a very strong feeling that someone is going to be mortally injured.

If producers are nice, we’ll know right away if they survive. But more than likely, the injury will occur towards the end of episode 10 with the resolution and death coming in episode 11. (It’s more likely they’ll leave us hanging!)

But who will be the one to die? Will Lagertha die in season 5? There is a strong possibility that may occur and, while it would be a huge shock if it does before the season goes on hiatus, we wouldn’t be entirely surprised.

If not Lagertha, our money is on Heahmund. He seems too “over the moon” for Lagertha in episode 9 and if we’ve learned anything from Vikings, sometimes being too into something or someone can lead to your downfall!