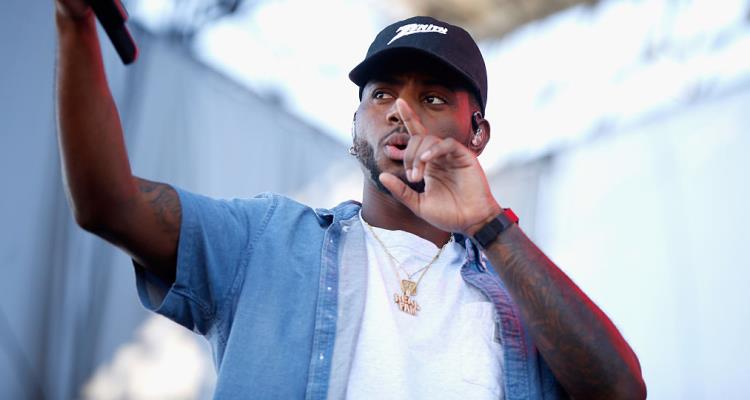 So far, 2017 has proven to be a pretty stellar year for R&B singer and rapper, Bryson Tiller. At just 24-years-old, the Louisville, KY native has managed to build up quite an astonishing career for himself in the music industry and he seems to be on a constant upward trajectory. But where is Bryson Tiller’s new album & songs for 2017? We’ve got the scoop on Bryson Tiller’s upcoming album and how 2017 could be his year!

He started showing an interest in making music when he was just 15 years old, drawing influence from artists like Omarion. Also, he had to overcome a great deal of tragedy and struggles throughout his youth, including the death of his mother when he was just 4 years old. Listening to his music, it’s easy to tell that Tiller has channeled a lot of his emotions and strife through his songwriting. Clearly, all of the tenacity and hard work he puts into his craft is paying off big time because on May 26th, 2017, Bryson Tiller released his new album featuring the two songs that were dropped earlier this year, Somethin’ Tells Me and Run Me Dry. It’s not secret that fans were looking forward to Bryson Tiller’s upcoming songs in 2017 and as promised, he delivered in spades. True to Self is Bryson Tiller’s second studio album and it was so highly anticipated that he released it a month earlier than originally scheduled! Here’s everything you need to know about Bryson Tiller’s new 2017 album!

As mentioned, Bryson Tiller’s latest masterpiece, which features a whopping 19 new songs, was initially set to be released in June. However, due to the overwhelming hype, his soaring popularity in the western hemisphere, and the fact that the album was completed sooner than expected, he was able to give the people what they wanted one month early! Fans and critics alike were definitely not disappointed, nor was it a rushed project by any means. In fact, during an interview with Rolling Stone magazine, Tiller claimed that he was close to completing the album in late 2016 when he met music producer, Nes.

After becoming acquainted with Nes’s producing style and his musical tastes, Tiller decided to totally overhaul the entire album and start fresh from the beginning! The final result (fittingly titled True to Self) was well worth his exceptional efforts and the album debuted at number one on the Billboard 200 chart! Throughout the course of his career thus far, Tiller has already garnered a number of prestigious accolades and awards, including BET’s Best New Artist and Best Male R&B/Pop Artist awards in 2016. It seems like Bryson Tiller can do no wrong and any upcoming songs he releases in 2017 will be no exception.

Before True to Self dropped in May of this year, Tiller decided to tease fans online by posting the official album artwork on social media. Of course, fans ate it right up because it features a picture of his adorable 4-year-old daughter, Harley! Anyone who follows Bryson Tiller on Instagram knows that he’s constantly posting striking and professional looking pics of his daughter along with cute father-daughter selfies documenting the quality time they spend together.

If this image of Bryson kissing his daughter’s cheek while sitting in the passenger seat of a car doesn’t give you the feels, then you might just have a big old lump of coal where your heart should be.

Bryson Tiller has spent most of 2017 either in the recording studio laying down some awesome new tracks or touring to promote his new album. He kicked off the year by performing at various venues and festivals around the world. As for Bryson Tiller’s tour? He is currently headlining his own worldwide tour called “Set It Off,” which will be running from August 3rd until September 16th, 2017. Not bad for a guy who started off as an opening act for The Weeknd, right?