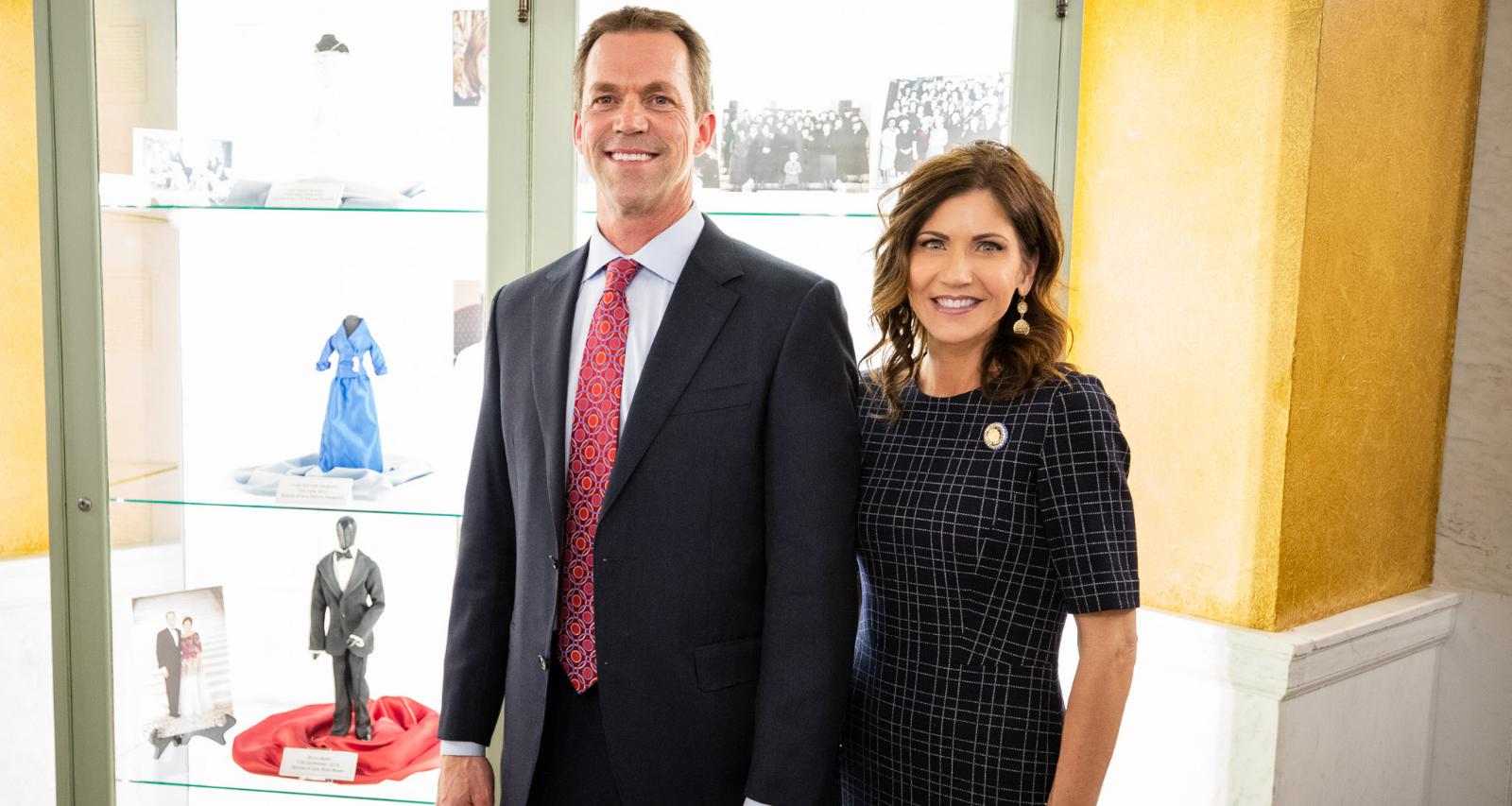 Kristi Noem made history as the first female governor of South Dakota, and her husband, Bryon Noem, became the first-ever First Gentleman of The Mount Rushmore State. Kristi and Bryon Noem had never dreamt of being in the political space until Kristi decided she wanted to work for her home state. Since becoming First Gent of the state, Bryon has become increasingly active in supporting the small towns and businesses of South Dakota. With Kristi Noem’s speech at the 2020 RNC, the focus is also on her husband and her family. This Bryon Noem wiki provides more insight into Kristi Noem’s marriage.

Bryon Noem was born on December 18, 1969 to Al and Sharon Noem. He grew up in Hamlin County, South Dakota on his family’s farm.

It’s Bryon’s birthday today everyone!! If you see him, give him a hug for me as I am in Pierre and he is coaching…

Bryon and his wife, Kristi Noem, come from similar backgrounds. She, too, was raised on her family ranch in Hamlin County. Both are also alumni of Hamlin High School.

After graduating from Hamlin High School, Bryon Noem attended Northern State University in Aberdeen. After his marriage to Kristi Arnold, Noem would join her in helping run her family ranch after her father’s sudden demise.

They spent a decade running and improving the farm. With Bryon’s support, Kristi expanded the ranch into a hunting lodge and restaurant business.

Bryon also worked as an insurance agent at Bryant State Bank. He eventually bought out the insurance department of the bank. Thus started Noem Insurance Inc.

Farms and small businesses have been a big part of the couple’s lives. Noem Insurance Inc., especially, provides crop insurance for local farms. And as the first First Gentleman of South Dakota, Bryon has spearheaded initiatives to support small towns and businesses.

He started the “This Is South Dakota” initiative to promote the small towns of the state. He also aims to spread awareness about what these towns have to offer.

When not occupied by his business and the initiative, he spends his downtime coaching high school basketball.

Though they went to the same high school, Bryan Noem and Kristi Arnold would first meet at Northern State University. They married on May 23, 1992, when Kristi was 20.

Kennedy graduated from Hamlin High School and South Dakota State University. She currently works for her mom as a political analyst.