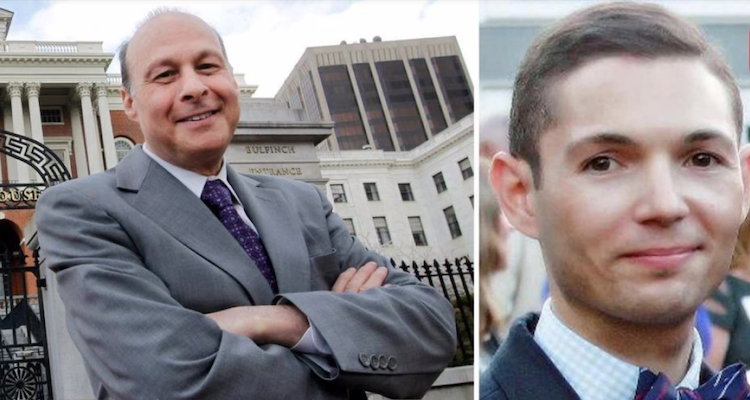 It seems like ever since the allegations against Harvey Weinstein were made public, every second day, a new set of accusations are released against other people. Today, it’s Stan Rosenberg’s husband. In this Bryon Hefner wiki, we’ll take a look at what we know about Stan Rosenberg and Bryon Hefner and the current allegations that have been lobbed at the politician’s husband.

While he does have a somewhat public profile, Hefner is a private citizen and therefore a lot of his life is not publicly known. We do know that Bryon Hefner’s age is 30. He grew up with a rather rough childhood as he was in and out of foster care for a number of years. He graduated top of his class in high school. After he was done with his schooling, Hefner began to work at one of the biggest PR firms in Massachusetts. Bryon Hefner has no kids and began dating Stan Rosenberg in 2008.

Hefner and Rosenberg initially met when Hefner worked at Rosenberg’s office. Despite the 38-year age difference, the two men bonded over the fact both grew up in foster care and had difficult childhoods. They began dating in 2008 and their relationship started making waves. Rosenberg often credits Hefner with being able to come out and live life in the public eye as a gay man. Hefner served as the head of Rosenberg’s political strategy and fundraising organization, The Rosenberg Committee.

Eyebrows rose after Rosenberg and Hefner’s engagement announcement. Rosenberg came under fire for tweets that Hefner sent out, which attacked one of Rosenberg’s political rivals. There were also reports of Hefner boasting about the political influence he held due to his relationship with Rosenberg. The Massachusetts Senate president stated that this wouldn’t be an issue, and that he put up a wall between his personal and professional lives. This was called into question in 2015 when Hefner started voicing the idea that he would run for a seat in the Massachusetts Senate. While ultimately, it didn’t end up happening, many in the Massachusetts political scene questioned it due to Rosenberg’s position and the fact that Hefner didn’t live in the area where he would be running.

The Boston Globe released a story that covered in fair detail the allegations of at least four different men who claimed that Hefner sexually assaulted and harassed them over the period of a number of years. The stories are all very similar. Three out of the four men claim that Hefner grabbed them by their genitals, the fourth claims Hefner tried to force a kiss on him. One of the accusers states that the harassment occurred more than once, one particular occasion was in a public setting. They stated that they kept quiet about their accusations due to fear of possible political retaliation from Rosenberg. The accusers also stated that due to Rosenberg’s position in the Massachusetts Senate, Hefner did not seem to be worried about any accusations. In fact, at least one of them would not have come forward if The Boston Globe hadn’t contacted them as part of their story.

Hefner has since denied the accusations, and Rosenberg released a statement revealing that he had no knowledge of Bryon Hefner’s sexual harassment accusations.