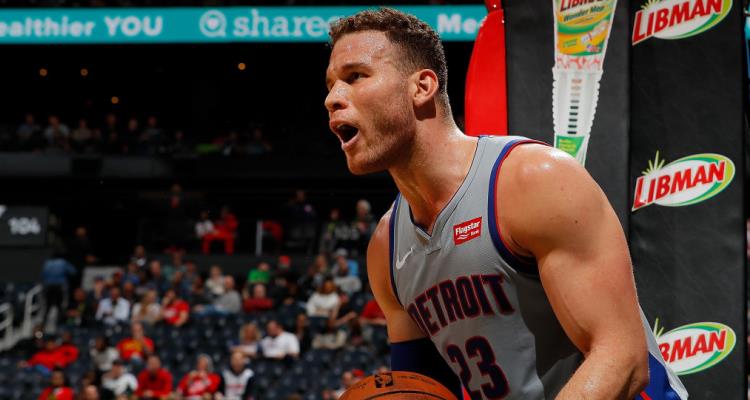 Love is in the air, just not for Blake Griffin’s ex-girlfriend. A lawsuit was filed against the basketball player on Valentines’ Day and his ex demands that he pay up! (Nothing says love like a lawsuit, right?) But who is the girl demanding the dough? For more details on Griffin’s ex, have a look at our Brynn Cameron wiki.

Who Is Brynn Cameron?

Anyone who knows the name Blake Griffin, knows about his shared history with his girlfriend-turned-fiancée-turned ex. Before devoting her time to becoming a full-time mother, she had a sports marketing and interior design job.

Cameron has three children, all under the age of 10, two of whom are from the NBA star (a son named Ford Wilson and a daughter named Finley Elaine). Cameron has another son, Cole, from her previous relationship with former quarterback, Matt Leinart. Her age is unknown and her Instagram can’t be found.

In a 2014 interview with GQ, Blake Griffin talked about fatherhood and how it impacted his life.

“This is what everybody says, and I didn’t really get it. People were like, ‘Oh, it’s so life-changing, it makes you think about things in a different way,’ and you’re always like, ‘Oh yeah, totally.’ But then, when it happens, you’re like, ‘Whoa. All those people were right!’ I just feel changed, in a way,” he said. “I really look forward to spending time with this little person who can’t talk, can’t do anything for himself besides chew and eat,” he added.

When asked if he was the kind of father he hoped he would be, Griffin said: “I wish I was able to be around more. The thing I hate the most is being gone for like two weeks and only seeing him on FaceTime.”

He continued, “I missed the first time he rolled over, which isn’t a huge thing, but at the time I was like, “Man.” I had—not a breakdown, but I just had a moment where I was like, “This sucks!” You know, just missing stuff like that. But at the same time, it makes the stuff that I don’t miss that much more special.”

According to TMZ Sports, Cameron is demanding palimony (money paid after separation from one person to another, who aren’t married), after claiming that Griffin promised he would take care of her after when she quit her job.

According to her lawyer Bryan Freedman, the suit says that, “Cameron was not just the mother of Griffin’s children and their caregiver, she was also a constant support for Griffin — his personal assistant, meal planner, scheduler, stylist, publicist, party planner, nurse, nutritionist, branding expert, therapist, cheerleader, basketball and fitness consultant, and more.”

The suit also included love letters which “Blakey” wrote to “Brynnie,” where he went over how grateful he was for all her sacrifices.

Cameron said that she and the kids are cash-strapped and living with her brother for support. She also stated that Griffin made an oral arrangement in 2013, where he promised to take care of her no matter what.

Griffin has since been traded from the L.A. Clippers to the Detroit Pistons and as many remember, he asked her to sign a prenup a month before their wedding, which contradicted their oral arrangement.

The amount of money Cameron wants isn’t specified but it’s suspected to be in the millions! Cameron also claimed that Griffin hasn’t been a good father and left his family for Kendall Jenner, whom he has been rumored to be dating.