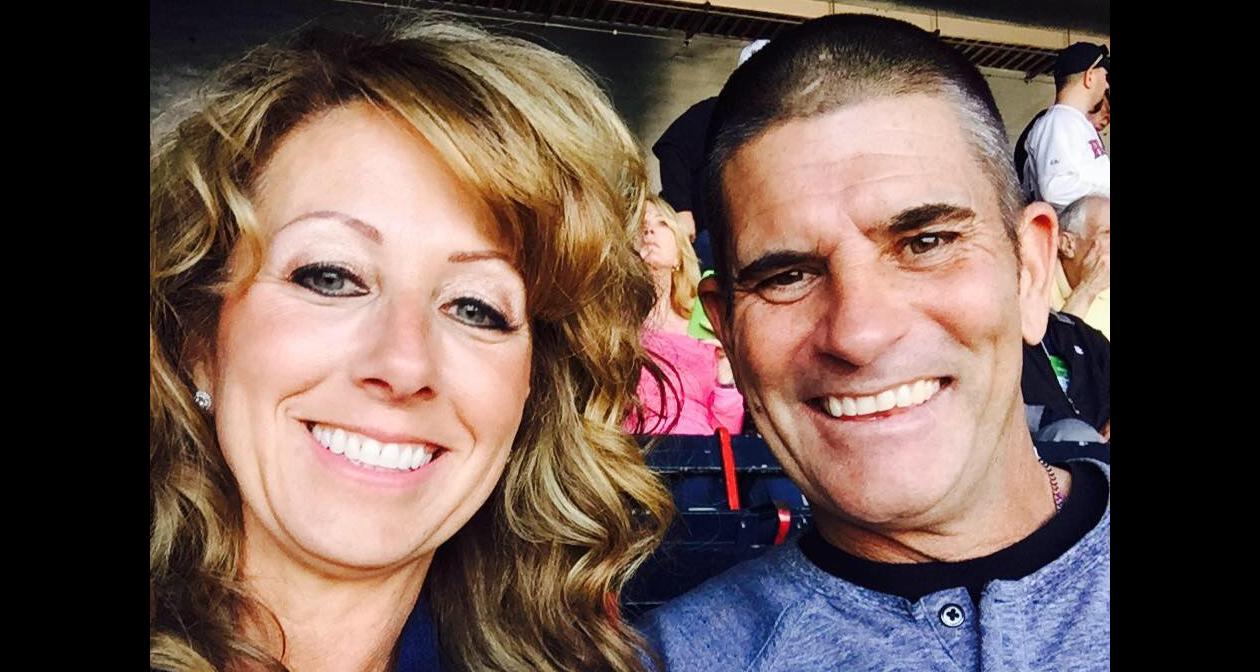 Washington Nationals’ Bryce Harper credits his parents Sheri and Ron Harper for all that he has achieved today! A youth baseball field was named after the Right Fielder, and his emotional speech about how his parents helped with his journey has increased a curiosity in fans about who they are. That, and the fact that his dad’s biceps are quickly causing more buzz than anything!

Bryce Harper, 25, has been an inspiration to millions of kids who love baseball, but the man himself is inspired by his macho father, Ron Harper. He credits his inner strength and his ability to stick to his roots to his mother, Sherilyn Harper. Their kids have made their parents immensely proud, by living life to the fullest!

Ron and Sheri Harper Are Parents to Three Children

While most fans might recognise Bryce’s older brother Bryan, they may not know that the handsome brothers have a sister named Brittany, too.

Sheri’s kids have always complimented her cooking, and growing up, it looks like she was always there for her children no matter the circumstances. Sheri Harper is reportedly a paralegal in the Las Vegas area.

The family of five has lived in Las Vegas, Nevada since the beginning and enjoy spending time with their growing families in their hometown.

Ron Harper was born and raised in Las Vegas, and had always worked as an ironworker with the Reinforcing Ironworkers Local 416, in Sin City. Any casino you look at downtown, Ron Harper likely had a hand in building it! 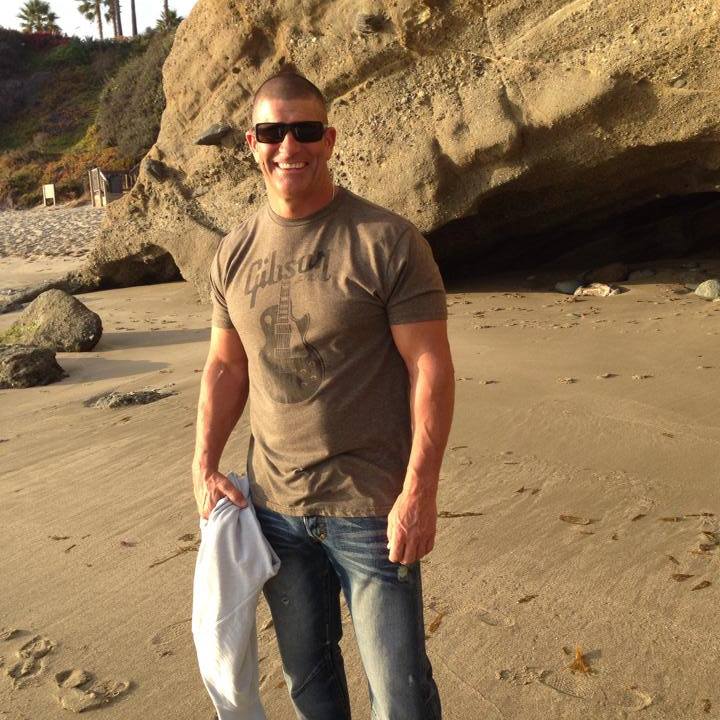 Speaking of pumping iron, Ron has been making headlines lately for his own “pipes!” After his helping out his son for the 2018 Home Run Derby in Washington on Monday, July 16, Twitter erupted with comments over Bryce Harper’s jacked dad!

And now, he being hailed as being one of the sexiest dad’s of the baseball family! Aside from his impressive dad bod, Bryce made it clear that he was also the ideal father figure and got emotional when discussing how lucky he is to have him growing up. 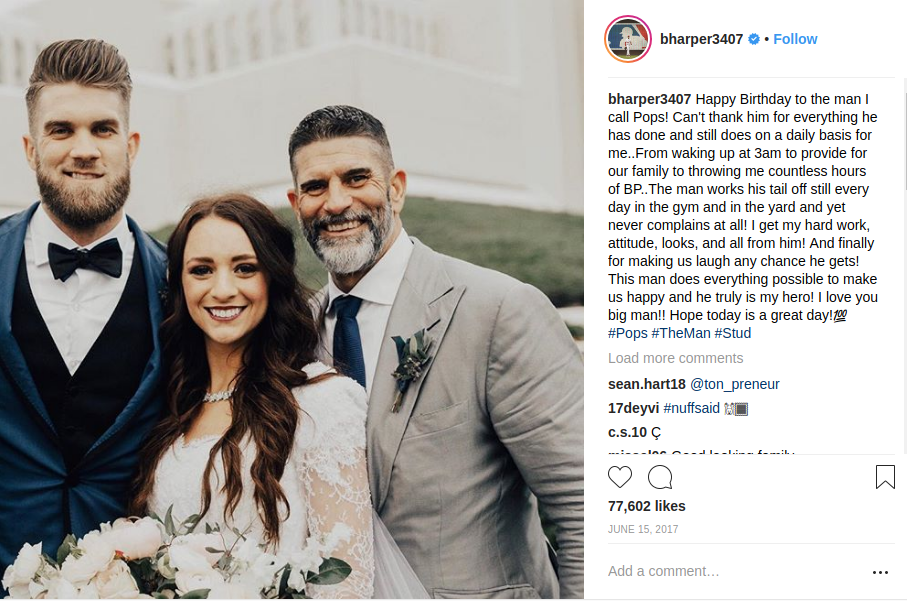 Ron was an early riser who woke up at 3:00 a.m. He would come back home after a hard day’s worth of work, and still find the time to take his son to the park for some pitches.

Bryce says he gets his work ethic from his father and praised him at the Derby in front of a crowd. Through tears, he commended both his parents for all they did for him, and believes all children should have parents like his.

Also Read: Facts about Hunter Strickland, Who was Involved in a Fight with Bryce Harper

Bryce Harper’s Mom Joins the Fitness Junkies of the Family, Too!

Bryce’s mom, Sheri Harper, has kept things about herself pretty private. But we do know that she is also a hardcore believer in keeping fit and healthy. 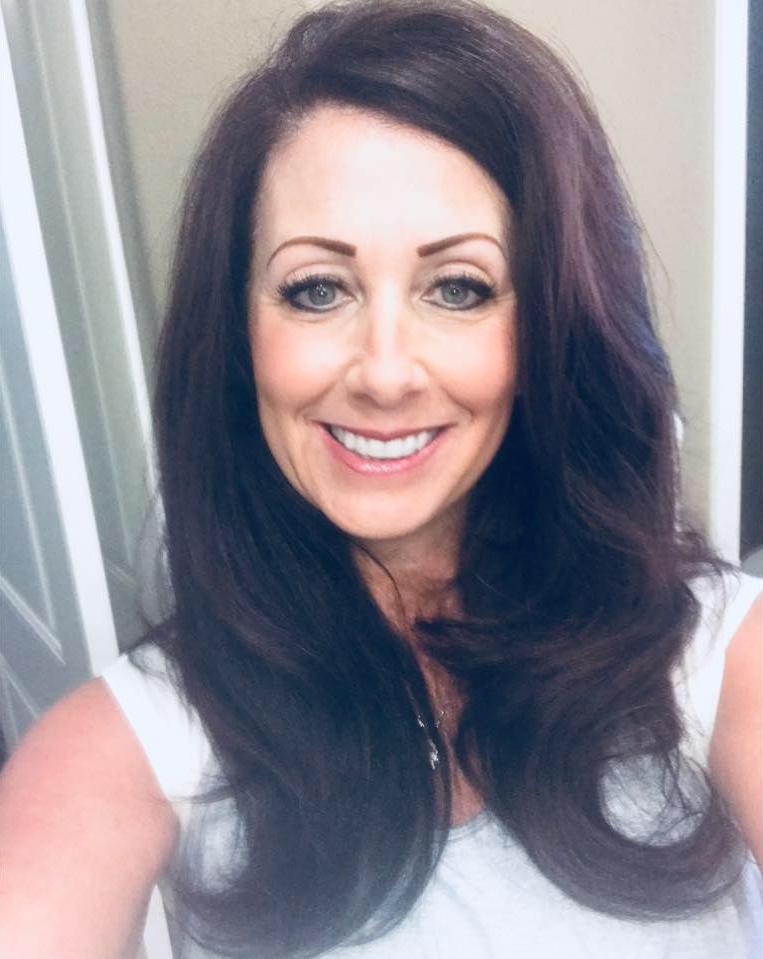 Seldom do you see fans go nuts for a player’s father or mother, and that kind of following exists in the lives of the Harpers. (Especially when their famous MLB player son simply raves about them to the public!)

And it’s not just his dad who clearly likes to stay in shape! His mom is killing it at keeping fit, too! Sheri posted on Facebook that she accepted the Raw Fitness 20 Pound Challenge and often shows off her love for tennis.

She plays tennis to stay in shape and has taken the charity bike ride organized by FSY cycling studio.

Ron and Sheri Are Grandparents!

You might not believe it judging by how fit they are and how young they look, but Ron and Sheri are grandparents to three adorable kids, through their daughter Brittany and son-in-law Jordan.

They welcomed their first grandson, Colton Reed, in 2012 and then their granddaughter, Harper, came along in 2014. Brittany seems to have welcomed a third child in 2016, but details are not available yet.

What it’s all about!?? #TheHarpers

Bryce also has a brother named Bryan Harper, who is older to Bryce. He is an amateur chef in Las Vegas, and doesn’t seem to be dating anyone at the moment.

Bryce Harper, on the other hand, has been married to Kayla Verner since 2016, and have a fur baby named Wrigs. Will they soon give Ron and Sheri the joy of becoming grandparents for the fourth time?