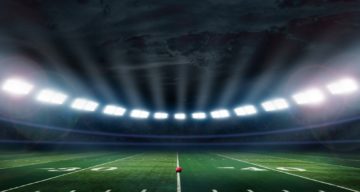 Bryce Hall, an American football cornerback for the New York Jets of the National Football League (NFL), is expected to have a significant role in 2022. Hall has played impressively in his first 25 games with the Jets. His personal life looks fantastic, too. Bryce Hall’s wife, Anzel Hall, is his greatest supporter and stood by his side throughout his injury recovery. The two are from different cultures, races, and backgrounds but are unified by their love for each other. This WAG has a devoted fanbase that wants to learn more about her. So, we reveal more about Bryce Hall’s amazing wife in this Anzel Hall wiki.

Anzel Hall (nee Viljoen) was born on June 8, 2000, in South Africa to Annelise and Charles Viljoen. Her family moved to Matamata, New Zealand, when she was 10 years old. When she arrived, she didn’t know English but was almost fluent after a few weeks.

Her parents played field hockey in college and at the provincial level, as did her older sister, Marine Rowe. Her sister is a registered nurse and is married to Bevan Rowe.

The Viljoen family has a dairy farm in their hometown of Matamata with about 400 cows. A young Anzel Hall used to help her dad milk cows in the summers.

Anzel Hall went to Andalusia Laerskool Primary School when she was in South Africa. In 2014, she started studying at Bethlehem College in Tauranga, New Zealand.

In 2016, she attended the University of Virginia. Hall graduated with a bachelor’s degree in foreign affairs in 2020.

In the 2016 ACC Championship, she scored the first two goals of her college career. She ended her career as a field hockey junior back at the University of Virginia with 17 goals and 22 assists for 56 points.

Bryce and Anzel Hall met for the first time at a mutual friend’s party. They started a conversation upon first meeting and learned much about one another. They both attended the University of Virginia, where he played football for the Virginia Cavaliers, and she led Charlottesville’s field hockey team. After going on a college trip together, the two became good friends.

During their senior year, they ended up going on a date. Hall was a little skeptical about the relationship, as he initially wanted to focus on football, but then he realized the spark between them.

The football player proposed to his lovely girlfriend shortly after being signed by the New York Jets. The pair announced their engagement on April 30, 2020. They married in a small ceremony on May 8, 2020, after five months of dating each other.

The Halls announced the news of Anzel’s pregnancy on Instagram in 2021. Their daughter, Eden Nadine Hall, was born on July 29, 2021, and just celebrated her first birthday.