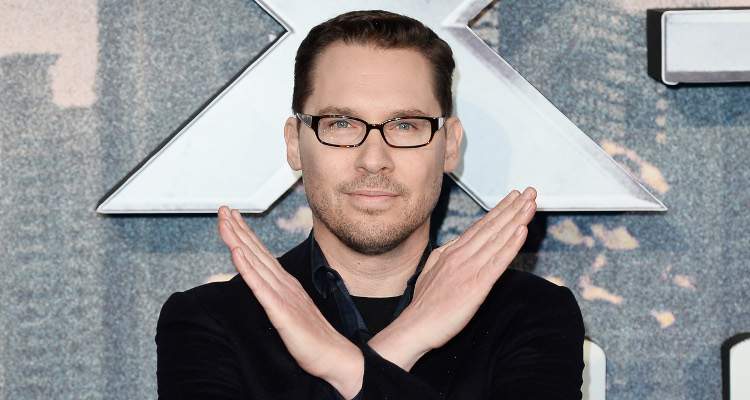 Hollywood has a rampant sexual harassment and abuse problem. After the Harvey Weinstein incident, another alleged problematic producer has been making news headlines. X-Men producer, Bryan Singer has recently been accused of the alleged sexual assault of a teenage boy in 2003. Find out more in our Bryan Singer wiki, right here.

The Hollywood producer is caught in the sexual assault storm that has taken over the industry, and now everyone wants to know about what happened between Bryan Singer and Cesar Sanchez-Guzman back in 2003. The reports say that Sanchez-Guzman was raped by Singer on a yacht and he was only 17 when he was abused.

The whole story broke out on December 7, 2017, after 14 years of Sanchez-Guzman keeping mum about it. Keep reading to get the entire scoop on the incident.

Who Is Bryan Singer?

Bryan Singer was born on September 17, 1965, making his age 52. He was born in New York City but was adopted by a Jewish family and raised in New Jersey. His adoptive mother, Grace Sinden, was an environmental activist and his father, Norbert Dave Singer was a corporate executive.

Singer was just a teen when he found his calling. He began experimenting with photography and started shooting whatever inspired him on 8mm film. He went to West Windsor-Plainsboro High School and then went on to study filmmaking in New York City.

After two years of studying in NYC, Singer transferred to USC and finished his degree in cinema from the School of Cinematic Arts in Los Angeles. It was only a matter of time before he would make it big in the industry.

My dear and first friend at #usc @morcwbl #tomgordon From #reno saved my original 35mm SLR camera which I bought when I was 11 years old. It's the only 35mm film cam I've ever owned and he gave it to me for my bday last night. Amazing to hold it again.

Getting the Big Break

Bryan Singer knew what he wanted to do with his passion, which was to make feature films and a lot of money. With an impressive resume today that includes big blockbusters like the X-Men series, Superman Returns, and Jack the Giant Slayer, Singer started with a short film in the early ‘80s.

Singer’s directorial debut was a movie called Lion’s Den, which he made with his friends at the time. And, it included his good friend, actor Ethan Hawke. The script for the short film touched a Japanese production company’s heart, and they picked it up to make a low budget movie.

In 1993, the young director came up with a film concept and pitched it, which led to the movie, Public Access. This was the stepping stone to his success, and the very next year, Singer started Bad Hat Harry Productions. The company went on to become a well-known and sought-after production house for hit films.

Did you know that Steven Spielberg’s Jaws inspired the name of Singer’s production company?

If you have heard of Bryan Singer, then you know one of his best movies is The Usual Suspects, which he made with biggies like Kevin Spacey, Stephen Baldwin, and Benicio del Toro. The 1995 movie was a huge hit and was even nominated for many awards, including BAFTA and Academy Awards.

With all the success Singer was seeing through his work, people began to wonder what he would do next. To everyone’s amazement, Singer co-wrote and co-produced the first installment of the X-Men franchise in 2000 with Marvel Entertainment and 20th Century Fox. The rest, as they say, is history!

#XMenApocalypse awakens on Digital HD Sept 9. Get it on Blu-ray and DVD Oct. 4.

The most awaited movie by Bad Hat Harry Productions today is X-Men: Dark Phoenix, which is set to release next year.

Two of Singer’s biggest movies upcoming in 2018 are X-Men: Dark Phoenix and Bohemian Rhapsody. The latter saw Singer as a producer initially, but because of his tiff with Rami Malek (who plays Freddie Mercury), he was fired from the movie.

Singer is a well-known producer and writer, and there is no doubt the man is worth millions. Singer’s fortune is to be credited to all his movies grossing him some serious coin. The highest grossing movie he made was X-Men: Days of Future Past in 2014, which earned a whopping $739.0 million worldwide!

Bryan Singer is currently said to be worth $120.0 million, but with the latest sexual assault allegation and his reputation taking a hit with Bohemian Rhapsody, we hope his fortune doesn’t stumble!

News of Bryan Singer’s rape allegations broke out yesterday, and everyone who knows him is in utter shock. Cesar Sanchez-Guzman accused Singer of raping him on a yacht back in 2003.

So, is Bryan Singer is gay? If you’re asking yourself that question, then you should know that he is openly bisexual. And he had a baby boy named Dashiell with Michelle Clunie in 2015.

In addition to Sanchez-Guzman’s allegation, people have dug up some skeletons in Singers closet. He was accused of sexual misconduct with a 14-year-old in 1997, but the complaint was disregarded as there was very little evidence to take the case further.

In 2014, he was again accused of sexual assault of a minor, and the lawsuit said that Singer had drugged and raped Michael Egan in Hawaii. The attorney working with Singer had fought back stating that this allegation was “completely fabricated.”

The same year, yet another sexual assault allegation found it’s way to Singer. And this time, he was accused of gender violence with a British man while he was in London filming for Superman Returns. These charges were dropped, too.

Here’s what Bryan Singer’s rep had to say about the allegations:

“Bryan categorically denies these allegations and will vehemently defend this lawsuit to the very end. Cesar Sanchez-Guzman apparently claims that he did not remember this alleged incident from 2003 until now. Significantly, when Sanchez-Guzman filed for bankruptcy only a few years ago, he failed to disclose this alleged claim when he was supposed to identify all of his assets, but conveniently, now that the bankruptcy court discharged all of his debts, he is able to recall the alleged events.”