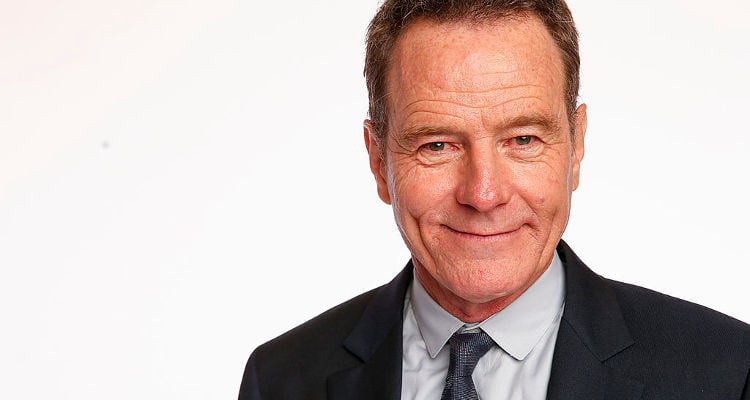 Bryan Cranston revealed some interesting stories about himself in his tell-all memoir, A Life in Parts. Coming back from the release of his book, here are some interesting facts to know about the Breaking Bad actor.

Bryan Cranston can add another title to his long list of job profiles. The actor, comedian, stage actor, voice actor, screenwriter, director and producer is now an author, too. Cranston released his memoir, A Life In Parts, on October 11. The book details Cranston’s journey from the time he was a seven-year-old child actor to his most notable role in Breaking Bad. Check out our Bryan Cranston wiki with interesting facts from his book.

He Had a Crazy Ex-Girlfriend

Cranston is currently happily married to Robin Dearden and together, the couple have raised their wonderful daughter, Taylor. But before Robin, and even before his first wife, Mickey Middleton, Cranston dated a crazy woman. In the book, the woman (simply referred to as Ava) was described as a stalker with a drug habit. Their relationship was marred by fights, even getting them kicked out of a restaurant at one point! Her obsession wouldn’t let their relationship end.

However, he did break up with her, and he thought it was over. But when he moved to Manhattan for a filming, she followed him there and left death threats on his voicemail. She even showed up at his doorstep to threaten him. At that point, Cranston describes a daydream he had, where he brutally murdered Ava out of frustration. In his book, he recalls how he felt afterward, like a weight had been lifted. “I remained calm. I was released from fear and anger. I wasn’t glad or relieved or filled with satisfaction. I felt nothing. I let go of her and the body slid to the floor,” In reality, the police arrived and took her away, and that was the last he saw of her.

His Parents Were Actors

Bryan’s mother was the radio actress, Audrey Peggy, and his father was Joseph Cranston, a boxer-turned-actor. Bryan and his two siblings grew up on their grandparents’ poultry farm in California, where he worked as a farmhand. Bryan Cranston’s parents had met in an acting class in the ‘40s, and hit it off immediately. They married, had their first child, and then they had Bryan.

Bryan’s father was a struggling actor. He couldn’t secure enough acting jobs to support his family. When Bryan was 11 years old, Joseph walked out on the family. 11 years later, Bryan and his brother tracked their father down. Bryan and his father maintained a cordial relationship till Joseph died in 2014. Cranston based Walter White’s (Breaking Bad) behavior on his father.

The Secret Behind the Seinfeld Scene

Cranston had a small but extremely memorable role on Seinfeld. He played Tim Whatley, Jerry Seinfeld’s dentist. That one single moment in the scene where Dr. Whatley takes a whiff of the nitrous oxide before giving it to Jerry was unplanned. On Tuesday’s Live With Kelly, Bryan revealed the unexpected source who gave the idea.

“I hear, ‘Hey, you know what would be funny?’ I look around, up on a ladder was a guy adjusting a light. I said, ‘What?’ He goes, ‘It will be funny if before you gave it to Jerry, you took a hit yourself first,’”, Cranston narrated saying that it took them 10 takes to get it right because Jerry Seinfeld would crack up every time!

His Proposal to Robin is a Hilarious Story

The way Bryan proposed to his wife, Robin sounds like something his character, Hal from Malcolm in the Middle would do! Bryan had prepared a bubble bath for the proposal and kept candles, music and champagne nearby. All that was left was the ring. He couldn’t decide how to hide it and still keep it within reach while in the bathtub. So what did he do? “I squeezed it on my baby toe and I dipped it into the water so she wouldn’t see,” Cranston said.

However, the bathtub was small and the couple was cramped. Bryan was facing the wall instead of Robin and now he couldn’t even reach the ring on his toe! He still managed to profess and love and with each word Robin drew closer. But Bryan was not allowing any interruptions. So, he pushed her head back, lifted his leg out of the water and told her to get her ring. Not exactly romantic, but she said yes and they’ve been married for 30 years! 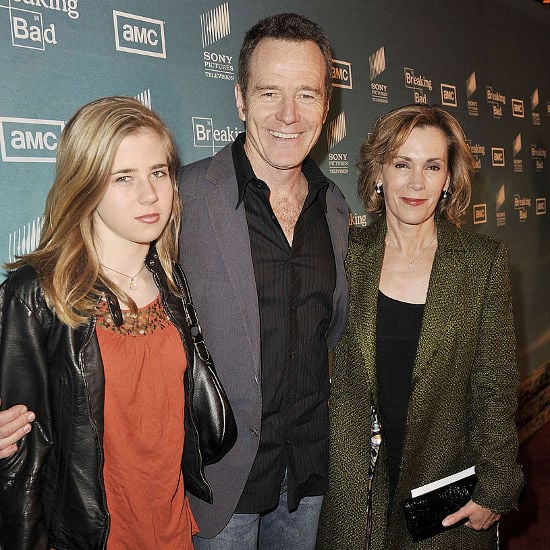 He was Briefly a Murder Suspect

Before you get alarmed, Cranston was innocent! And it has nothing to do with his strange run-in with Charles Manson a year before the Tate-LaBianca murders. There was time during his teens when Bryan and his brother worked as waiters at a Polynesian restaurant in Florida. The chef, Peter Wong was a “culinary dictator” and the staff would often fantasize about killing their boss. Even Bryan felt like serving the mean boss’ head on a plate.

The Cranston brothers didn’t stay there too long and decided they would traveled north, but at that time, Wong went missing and was later found dead! The authorities investigating his murder asked the restaurant staff if there were any former employees who bore a grudge against Wong. All fingers pointed to the Cranston brothers.

Bryan and his brother were the suspects of an all points bulletin for two days! Fortunately, they were freed from suspicions when the police determined that Wong was killed by a prostitute.

With such gripping tales in his memoir, Cranston’s book must make for an interesting read! Bryan Cranston’s, A Life In Parts is available on Amazon.com. Cranston’s next film, Why Him? is slated to release in December.

I’m an open book.The good-the bad #ALifeInParts, is out Oct 11. Enter to win a signed copy at https://t.co/gg9Do6dJJdpic.twitter.com/ZQ0hixkSGL