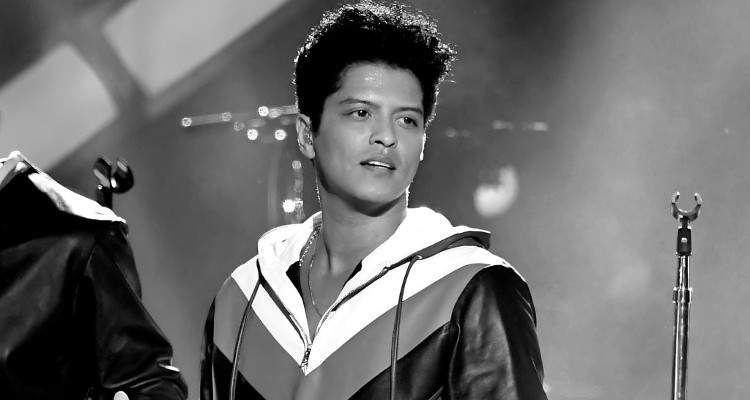 On Tuesday, the 60th Grammy nominations were announced on CBS This Morning. A lot of amazing artists have been nominated for the award, one of them being Uptown Funk singer Bruno Mars. Apparently, Mars is on the top of the list of the nominations. Undoubtedly Bruno Mars’ parents must be extremely proud of their son’s accomplishments. If you are wondering who are Bruno Mars’ parents and want to know more about Bruno Mars’ biography, then keep on reading.

Bruno Mars is currently occupied with his 24K Magic World Tour. He is all set to swoon his fans with his upbeat songs. Yesterday CBS Television Network aired Bruno Mars: 24K Magic Live at the Apollo. The show aired on Wednesday at 10:00 p.m. EST.

During the day off from his tour, Mars in an interview, revealed, “We didn’t want this to be just a television show where the Hooligans and I sing three songs and go to commercial then sing three more songs and go to another commercial. The band and I wanted to create a vibe that translates what we felt at the Apollo Theater. As soon as we walked in there, we said this is the only place to do this special. Hopefully, the audience will feel that vibe at home.”

Apollo Theater means a lot to him as Mars has a lot of special childhood memories connected to that place. One of them is watching the TV show Showtime at the Apollo. Besides, his tour, Mars is also happy about the fact that he received six nominations for the 60th Grammy Awards. Mars has worked extremely hard to come this far in the music industry. Indeed all the credit goes to his hard work and of course his parents. Keep on reading to learn more about Bruno Mars’ parents.

Where is Bruno Mars From?

He was born Peter Gene Hernandez on October 8, 1985. The 32-year-old talented singer was born in Honolulu, Hawaii to a family of musicians. Probably, his parents are the reason he has inherited such an amazing voice. Mars was raised in the Waikiki neighborhood of Honolulu along with his five siblings.

Who Are Bruno Mars’ Parents?

Mars’ was born to Peter Hernandez and Bernadette San Pedro Bayot. Mars’ father belongs to half Puerto Rican and half Ashkenazi Jewish ethnicity, but he hails from Brooklyn, New York. It was his father, who nicknamed Mars Bruno because Mars looked like professional wrestler Bruno Sammartino.

Talking about his musical background, in an interview, Mars revealed, “My father’s a musician and my mother’s a singer. My dad’s originally from Brooklyn and he was a Latin percussionist so I’ve always had instruments around the house. He used to have a show like a 1950s rock and roll show with Little Richard music. They would do doo-wop songs and stuff like that. My uncle would impersonate Elvis, so I used to watch him and one day I said, “Coach, put me in.” So basically I was 2-3 years old and he brought me up on stage.”

Bernadette Hernandez was born in 1957, in Manila, Philippines. In 1968, when Bruno Mars’ mother was ten years old, she along with her family moved from Cebu to Hawaii. Once in Hawaii, Bernadette showed interest in singing and dancing and decided to pursue her career in the same field.

Mars’ mother was of Filipino and Spanish heritage. Mars’ parents met each other while they both performed in a show together, wherein, his mother was a hula dancer, and his father played the percussion. According to Daily Mail, their happy marriage came to an end when Bernadette and Peter decided to get divorced.

The Demise of His Mother

On June 1, 2013, at the age of 55, Mars’ mother passed away due to a brain aneurysm. Mars’ mother died at Queens Medical Center located in Honolulu, Hawaii. Mars and his family were heartbroken, but a few days later he broke his silence and took to Twitter. Mars wrote, “So thankful for all the love during the most difficult time in my life. I’ll be back on my feet again soon. That’s what mom wants, she told me.”