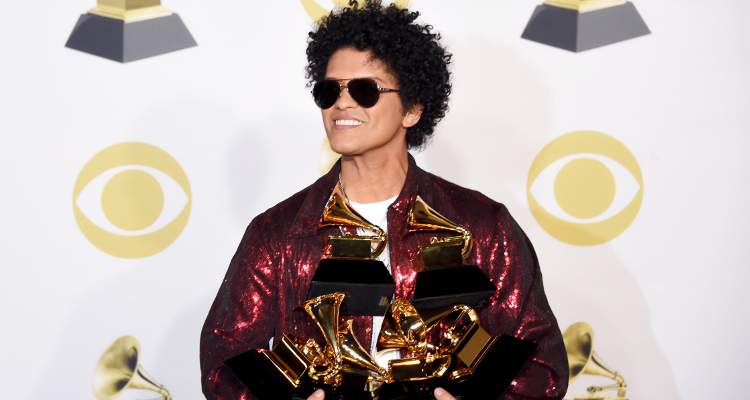 If there’s a way to describe Bruno Mars in one word, it’s “superstar.” Now, he’s a six-time Grammy winner! The charismatic hitmaker and his addictive tunes enraptured fans and the world. Last night was proof! It’s no surprise that Bruno Mars’ net worth is estimated at $110.0 million, and with last night’s wins, it’s bound to rise!

Bruno Mars is an award-winning, chart-topping, hit-making, bestselling artist. Since making his grand entrance into the scene in 2010, he’s dominated pop music with his catchy tunes, awesome lyrics, and classic throwback image. It was that very image that put the star on a pedestal, and why not? With 24K Magic winning many major awards at the Grammys 2018, Mars is now music royalty!

How Much Money Does Bruno Mars Make a Show?

Check out how rich Bruno Mars’ contemporaries are, compared to the award-winner: