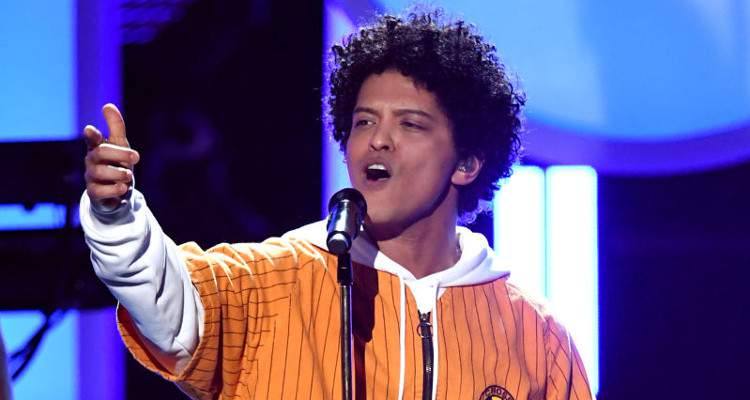 Bruno Mars took home six Grammy Awards on Sunday. He is undoubtedly one of the most celebrated artists in the industry. But the credit goes to his parents, who instilled a sense of music in him at a very young age. If you want to know more about Bruno Mars’ father, then keep reading as we have all the info about Peter Hernandez and Bruno Mars right here.

Currently, Bruno Mars and his family must be celebrating the fact that the singer bagged several awards at the Grammys last night! Mars is very close to his family, especially his father. We’ve got some interesting facts to know about Bruno Mars’ humble beginnings and the man who raised him to be a star.

Who Is Bruno Mars’ Father?

Peter Gene Bayot Hernandez, professionally known as Bruno Mars, was born to Peter Hernandez and Bernadette San Pedro Bayot. He grew up in a family of musicians, which is probably one of the reasons why he has such an amazing voice and the prowess of a star.

Peter Hernandez is of half Puerto Rican and half Ashkenazi Jewish. However, he is from Brooklyn, New York.

Hernandez met his wife while performing together in a show. Mars’ mother was a hula dancer and his father was a percussionist.

In an interview, Mars revealed that “My father’s a musician and my mother’s a singer. My dad’s originally from Brooklyn and he was a Latin percussionist so I’ve always had instruments around the house. He used to have a show like a 1950s rock and roll show with Little Richard music.”

“They would do doo-wop songs and stuff like that. My uncle would impersonate Elvis, so I used to watch him and one day I said, ‘Coach, put me in.’ So basically I was 2-3 years old and he brought me up on stage,” the singer added.

In fact, it was Bruno Mars’ father who gave him his nickname, because he looked like professional wrestler Bruno Sammartino!

Hernandez said about his musical influences, “I lived West Side Story without the dancing.”

To further pursue his interest in music, he moved to Hawaii at the age of 25. When he learned that the people there did not know much about doo-wop music, he saw it as an opportunity to introduce it to the natives.

Hernandez revealed, “I said, ‘Wow, I would love to introduce the people of Hawaii to that music that I am so passionate about.’”

So, he started the group Love Notes to accomplish that mission. And soon after, Bruno Mars entered his life.

Peter Hernandez once said about his son, “He was a ham. As soon as he could walk and express himself, he, like, had to be in the middle of everything and wanted to be a part of whoever he’d seen on TV.”

It looks like his father was right and Bruno Mars did just that!