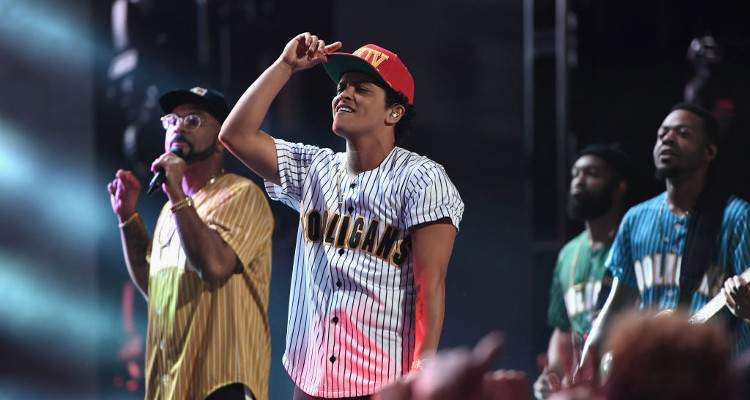 Bruno Mars is a powerhouse of talent. Having a mixed heritage, he has influences from many different places, which only adds to his unique sound. Learn more about Bruno Mars’ ethnicity right here.

This year’s Grammys are celebrating many musicians of color, with Jay-Z, Kendrick Lamar, and Bruno Mars leading with the most nominations. With people celebrating the award show’s diversity, some are wondering exactly what ethnicity Bruno Mars is. Here is everything you need to know about the singer’s ethnicity.

Peter Gene Hernandez was born on October 8, 1985 to Peter Hernandez and Bernadette San Pedro Bayot. He was brought up in the Waikiki neighborhood of Honolulu, meaning Bruno Mars’ nationality is American. His father is half Puerto Rican, and half Ashkenazi Jewish with roots in Ukraine and Hungary, but was raised in Brooklyn, New York. His mother immigrated to Hawaii from the Philippines and has Spanish ancestry. She was a hula dancer, and the elder Hernandez was a percussion player for a show when they first met.

Their son resembles wrestler Bruno Sammartino, something his father noticed when he was two, which earned him the nickname, Bruno, which became his stage name. Bruno Mars’ mixed race heritage comes from them, and he credits his musical upbringing to his music.

Through the ethnicity of Bruno Mars, the singer is able to incorporate various aspects of his upbringing in his music. It was his unique sound that made him an instant star, and the constant changes that make his albums best sellers, and sell out his concerts.

His TV special aired live from Harlem’s iconic Apollo Theater on November 29, and it speaks volumes about his talents and singing prowess. With his successes growing, it is no surprise that Mars is one of the top-selling artists of all time.