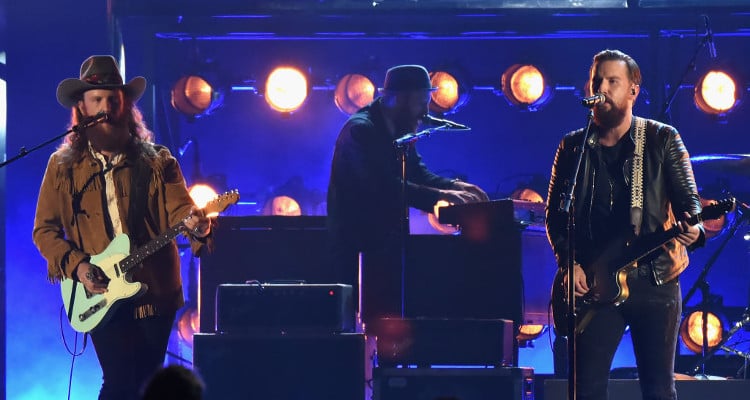 Just on the heel of their 2017 CMA win, the Brothers Osborne are hitting the road. Keep reading for everything you need to know about their tour, songs, albums, and more.

Our Brothers Osborne wiki will tell you all about the country music duo who made it big with their hit songs. Born on April 27th, 1982, John is the elder of the two, and T.J. was born on November 18th, 1984. The Deale, Maryland natives went on to  live in Nashville, Tennessee in 2000. With their move, they signed a publishing contract with Warner Chappell, which was followed by a recording contract with the Nashville branch of EMI.

They released  their single, “Let’s Go There” in late 2013, and it reached the Top 40 on the Country Airplay countdown. Their second single, “Rum,” made its debut in early 2014. Both were part of the five-song, self-titled EP that was released in September that year. On November 8, 2017, the Brothers Osborne were at the CMA Awards 2017 and won Vocal Duo of the Year. They also won the Music Video of the Year award for their latest single, “It Ain’t My Fault.”

Many wonder if the Brothers Osborne are actually brothers. Born just two years apart, they tour the world and are currently prepping for their latest one. The Brothers Osborne tour will kick off this Sunday, November 12, in the U.K. They will be back in the U.S. by December, with tickets still available.

Their hit single, “Stay a Little Longer” earned them their first Grammy nomination in 2016.  They released their debut album,  Pawn Shop which was highly anticipated, and won critical acclaim. Brothers Osborne’s songs have continuously done well with both charts and fans, with many wanting the duo to release more music.