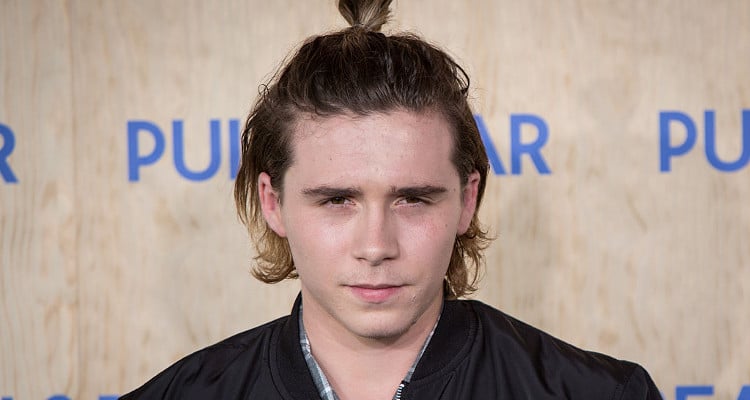 Brooklyn Beckham gave us one of the best throwback Thursday pictures of the week! After all, it included his famous father, David Beckham. Check out Brooklyn Beckham’s Instagram picture below!

Brooklyn Beckham sure loves his dad, David Beckham, who just happens to be one of the most famous soccer players in the world. Brooklyn is definitely a chip off the old block. Even though his just 17 years old, he is making a name for himself. Brooklyn made his television debut at the tender age of three in the documentary, The Real Beckham. David Beckham’s son is now a successful model who loves to post fun pictures of himself and his famous family on his Instagram account.

Flashback From the Past 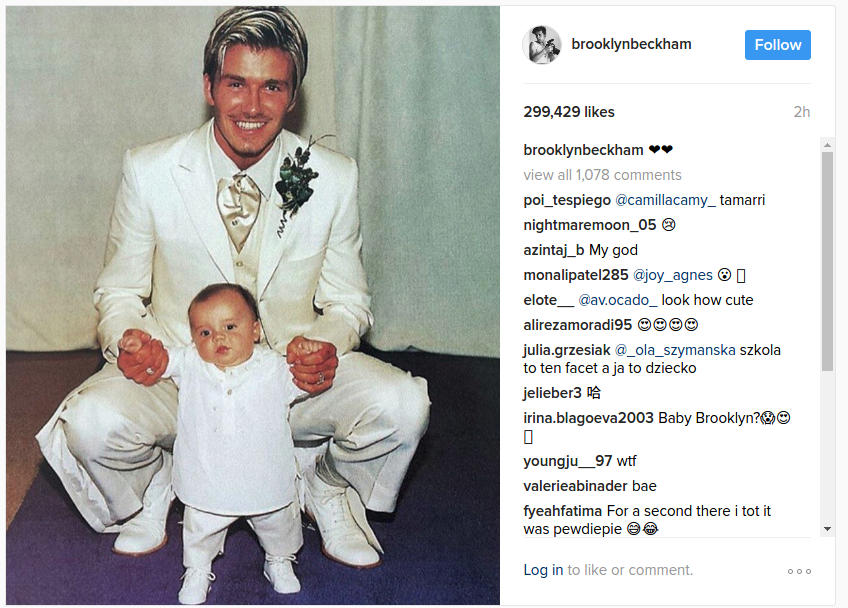 Just a Matter of Time

It must be really tough for Brooklyn Beckham to step outside his father’s shadow. It’s not easy to be the son of a global superstar and make your own mark in the world. However, he’s the son of David and Victoria Beckham, so his genes are pretty good! It’s only a matter of time before Brooklyn Beckham breaks out on his own.