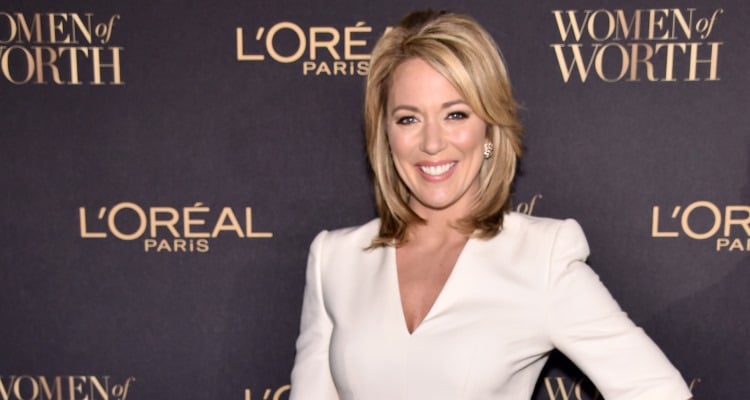 CNN’s Brooke Baldwin is a Peabody Award finalist who hosts the 2-4 p.m. edition of CNN Newsroom. A journalist on-the-go, Baldwin has traveled all around the globe, reporting the world’s news. Find out more about this high-powered news anchor (including details about her age, boyfriend, and Instagram) by checking out our Brooke Baldwin wiki below!

Brooke Baldwin, age 38, was born and raised in Atlanta, Georgia. She attended The Westminster Schools, a private college preparatory school, and later earned two degrees in journalism and Spanish from the University of North Carolina at Chapel Hill. During her undergraduate years, she also studied at the Universidad Iberoamericana in Mexico City. Baldwin launched her career in T.V. journalism right after graduating university, signing on with WVIR-TV in Charlottesville, Virginia. She later became the morning anchor at WOWK-TV in West Virginia, and then joined WTTG in Washington D.C. as a lead reporter. Baldwin made her way to CNN in 2008 and has been there ever since, anchoring CNN Newsroom with Brooke Baldwin, and reporting on other special events around the globe, including Queen Elizabeth II’s Diamond Jubilee in 2012, the 2011 launch of Space Shuttle Atlantis from the Kennedy Space Center, and Soundcheck in 2012, which featured Wilco, Mavis Staples, Mumford and Sons, Ben Sollee, and Janelle Monae. She played a key role in covering the 2016 election for the major news outlet, and has reported from Europe, Africa, the Middle East, Kenya, and the Persian Gulf.

Rumors and a Ring!

When it comes to her personal life, there’s been some debate about Brooke Baldwin’s boyfriend and who he is. There were rumors swirling around that veterinarian Jay David, leading to the question: is Brooke Baldwin married? Those rumors were quickly debunked when she got engaged to James Fletcher last month. AJC.com reported that the CNN anchor was “befuddled that some random websites say she has been married to some veterinarian she has never heard of since 2010.” Brooke and James got engaged while on vacation in Hawaii, celebrating her 38th birthday. When asked about how he popped the question, Brooke said, “We were chilling on the beach,” adding, “We love sunsets. It was simple. I didn’t want a big thing.” She was totally caught by surprise, and this will be her first marriage.

Back from vacation. Turns out we went to Hawaii to celebrate more than just my birthday… @jamesfletchernyc asked me to marry him! And I said YES! ❤️????????????

From Silver Bells to Wedding Bells

Baldwin and Fletcher met in 2015 at a holiday Christmas party, while Fletcher was just passing through town. She was about to leave for Atlanta, so the pair had an impromptu date right then and there! Shortly after, he joined her in New Orleans where she covered New Year’s for CNN that year. One of the things Brooke admires about her new husband-to-be is that he’s understanding and completely supportive of her career. “I knew he was the guy since I met him,” Baldwin said. “He’s been incredibly flexible being with me.” He even joined her while she covered the Istanbul attacks—that’s real commitment! A British native, Fletcher is a producer and director that’s produced ads for a number of political campaigns. He moved to New York to be with Brooke and received his U.S. visa in 2016.

We can tell Baldwin is excited to tie the knot with her handsome beau, as Brooke Baldwin’s Instagram is flooded with adorable pictures of the couple! Check out a couple more of Brooke Baldwin’s hot pics below: