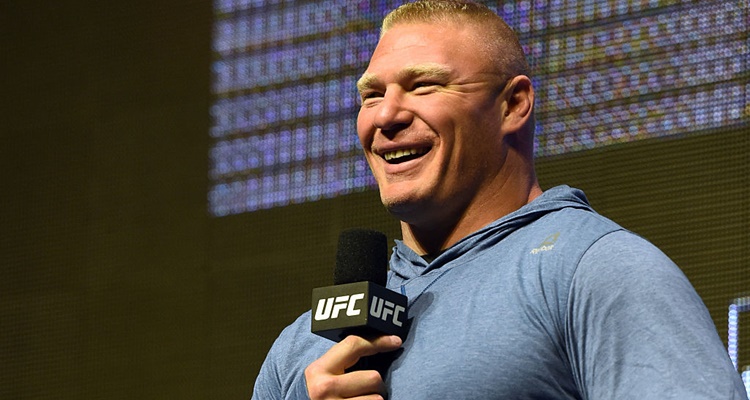 Brock Lesnar returned to WWE Raw last night with WWE producer, Paul Heyman, to give a response after Goldberg accepted Lesnar’s challenge. Here are some facts you need to know about Brock Lesnar a.k.a. The Beast Incarnate.

WWE Raw took an interesting turn Monday night, when Brock Lesnar returned to the ring with entertainment producer, and occasional wrestler, Paul Heyman. Lesnar was set to respond to Bill Goldberg accepting his challenge for a face-off at WWE Survivor Series 2016. As this was Lesnar’s billed city of Minneapolis, Heyman had planned for the audience to chant Goldberg’s name. Instead, a chorus of “Goldberg sucks” was heard, and the promo video suffered. However, since Monday’s Raw, many want to get their hands on Brock Lesnar’s wiki. For that purpose, we’ve gathered some facts on the wrestler including facts about his net worth.

I’ve got a special message for @Goldberg regarding #WWE2K17. @WWEgames @HeymanHustlehttps://t.co/SMuc295Fc3

With a net worth estimated to be around $16.0 million, Brock Lesnar is listed as one of the richest MMA fighters in the world. Despite his modest 5-3 heavyweight career, Lesnar is the only person that has won the WWE Championship, UFC Championship, and NCAA Wrestling Championship. Lesnar is known for building publicity and his appearances, whether UFC or WWE, often benefits the organization publicity-wise.

He had briefly joined the UFC, but returned to WWE with an even better contract, that ensured him a salary of over $5.0 million. He had a subsequent pay hike after returning to WWE, even though he had said he’s retiring from MMA.

Brock Lesnar was born in Webster, Dakota to Stephanie, and Richard Lesnar. His parents owned a dairy farm where Lesnar worked in his younger days. He has two older brothers, Troy and Chad, and a younger sister, Brandi.

When he was 17 years old, Lesnar joined the National Guard. He wanted to work with explosives, but was assigned to a desk job, due to his red/green colorblindness, which could have been a hazard on the field. After failing a computer typing test, Lesnar lost the job.

3) His Wrestling Career Took off from his College Days

Lesnar enrolled in Bismarck State College, North Dakota where he became a dominant presence on the mat from the get-go. He then transferred to the University of Minnesota on a full wrestling scholarship. There he won several championships including an NCAA title.

In Minnesota, Lesnar was roommates with Shelton Benjamin, who also went on to become a WWE wrestler. When he was signed by WWE, Lesnar stipulated that they would have to sign Benjamin too. The WWE were only too happy to sign another talented wrestler.

4) He’s Married to a Pro-Wrestler

Lesnar is married to Rena Greek, better known by her wrestling alias, Sable. The couple had an on-again-off-again relationship and saw some tough times. Nevertheless, they stuck together and got married. She is ten years older than 39-year-old Lesnar.

The couple have two children, Turk and Duke Lesnar. He also has twinss, Brock Jr. and Mya Lynn Lesnar with his ex-fiancée, Nicole McClain. Lesnar is also stepfather to Mariah, Greek’s daughter from a previous marriage.

5) He Co-Wrote his Autobiography

In 2009, Lesnar published his autobiography Death Clutch: My Story of Determination, Domination, and Survival. He co-wrote the book with Paul Heyman. In it, he reveals how his hard work and attitude allowed him to not only be as successful as he is, but also to fight for his life.