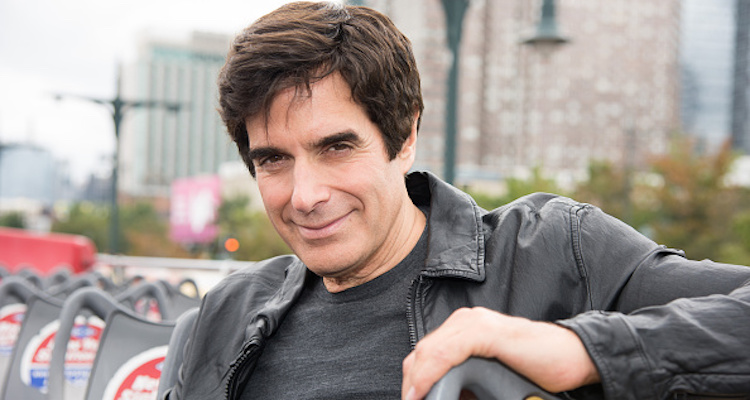 David Copperfield and Brittney Lewis are making headlines today, after reports surfaced that he allegedly assaulted her in the late 1980s. Check out our Brittney Lewis wiki for the details.

Actress and model Brittney Lewis, known for her work on Noctropolis (1994), Desperate Hours (1990), and Unhook the Stars (1996), has claimed she was assaulted by the illusionist while she was a teen model in 1988. Reports surfaced Wednesday that the 61-year-old allegedly drugged and assaulted the actress, after inviting her to watch him perform in California.

Brittney Lewis, age 17 at the time, was part of a modeling contest that Copperfield judged in Atami, Japan, where they met. They exchanged numbers and, after returning to the United States that September in 1988, she was invited to one of the performer’s magic shows. According to reports, after the show, the pair checked into adjoining hotel rooms and went to the bar where the magician allegedly put something in Lewis’ drink, she claims.

After a few sips, she allegedly blacked out and has a hard time remembering what happened next. At some point, they allegedly went back to a hotel room where he began kissing and touching her. “I just completely blacked out,” she said. Due to the statute of limitations, she was unable to file criminal charges against Copperfield.

Copperfield Responds to the Accusations

In 2007, Copperfield was under investigation by the FBI after claims were made that he allegedly assaulted a woman named Lacey Carroll. Three years later, she was charged with prostitution and making a false claim of a sexual assault against him. At the time, the magician’s lawyer stated, “These developments vindicate Mr. Copperfield and confirm what he has said all along—this woman tried to extort money from him by making a false claim. Thankfully, authorities have now stepped in to stop her.”

On Wednesday, Copperfield responded to both of the allegations against him, saying:

“The #MeToo movement is crucial and long overdue.  We all want people who feel they’ve been victims of sexual misconduct to be empowered, and as a rule we should listen, so more will feel comfortable coming forward.  It’s important.

But imagine what it’s like, believing in the movement, and having also been falsely accused publicly in the past.

To have your life and your family’s life turned upside down.  Three years and hundreds of stories reported on a false claim investigated by the FBI, where the end result was that the accuser was caught by law enforcement making the same false claim about another man. The proof was on tape.  The accuser was arrested and charged.

I’ve lived with years of news reports about me being accused of fabricated, heinous acts, with few telling the story of the accuser getting arrested, and my innocence.  Knowing that false accusers can negatively impact the believability of others and are a true disservice to those who have been victims of sexual misconduct, I didn’t draw attention to it.

So while I weather another storm, I want the movement to continue to flourish.

Always listen, and consider everything carefully, but please for everyone’s sake don’t rush to judgment.”