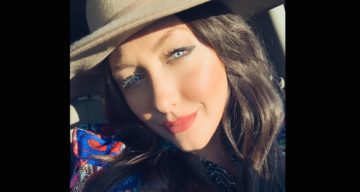 Brittany Picolo-Ramos is the reality TV debutante starring on Selling the Big Easy. The mom, wife, and successful realtor is joined by her husband and family to run Godwyn & Stone, a new and successful real estate company in New Orleans. Brittany, being a New Orleanian through and through, helps her clients buy historic properties and avoid suffering a loss. This Brittany Picolo-Ramos wiki reveals how she came to be a reality TV realtor.

Born Brittany Eileen Picolo on July 11, 1984, she is a native of New Orleans, Louisiana. Brittany is one of three children born to Bronwyn Roberts Picolo and her husband.

Brittany’s younger brother, Joel Picolo, is of course well-known to fans of Selling the Big Easy. They have one other brother, John Picolo.

Joel is also a realtor with Godwyn & Stone. His bio on their website states that he and his sister grew up watching their father build a successful sales career and their mother run their family business. The siblings adopted the same business values to succeed in their careers.

After graduating from Ridgewood Prep School, Brittany Picolo earned a degree in business administration and management from the University of New Orleans in 2007. Initially, she was a waitress, before later working at Sprint as one of its top salespersons.

Picolo and her husband, Marco Ramos, lost money on a house they bought from a relative. She then earned her real estate license to help other families find homes and avoid suffering a similar loss.

She began her career at Re/Max in 2013. Her growing sales outperformed other agents, and she would form a team in 2015 that included her husband as well. Their team made $14.0 million in sales one year, which paved the way for Brittany and Marco to start their own company.

Brittany left Re/Max to found her own real estate company, Godwyn & Stone, with Marco in 2019. The name came from a family crest and ancestry that can be traced back to 1066.

Godwyn & Stone has grown exponentially, making over 500 transactions and $130.0 million in sales. It’s no wonder they attracted the attention of HGTV.

Brittany Picolo met Marco Ramos on the Fourth of July in 2005 in New Orleans. Weirdly, they were from the same neighborhood and had been to the same local events, but had never crossed paths before that.

They have been going strong for over a decade. They are now parents to a daughter, Sophiana, who often features on her parents’ social media.

As viewers were getting to know the successful realtor and her husband on TV, Brittany opened up about a tragedy she went through. In her video, posted on Facebook in October, she recalls suffering two miscarriages in the past. Her revelation received tons of support and love.