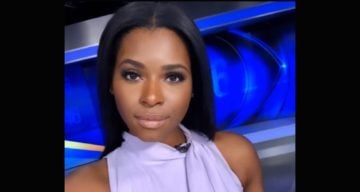 Viewers of Channel 46 in Atlanta, Georgia have to bid farewell to a familiar face and bright smile at the end of November. Brittany Miller announced her departure from CBS46 with her last day on-air on November 30. Those who have been watching Miller on the CBS affiliate want to know why she is leaving WGCL-TV and if she is leaving Atlanta, too. Brittany Miller released a statement on social media to answer the immediate questions.

Miller moved to Atlanta, Georgia in 2015, and started at CBS46 in April of that year. In more than five years, she has become a favorite of local viewers.

On November 29, Miller announced through her official social media pages that she is leaving Channel 46 as well as Atlanta. Monday (Nov. 30) is her last day on-air.

She is not leaving on a bad note, but her departure is bittersweet. While longtime viewers don’t wish for her to leave, they are happy for her that she will be closer to her family.

“It’s prepared me for my next chapter…Soooo ….I’m leaving Atlanta, to move closer to my family in the northeast. [sic],” read her statement.

Miller didn’t say where the next career opportunity lies and the city she is moving to. She did, however, thank everyone for the love and support.

Here’s to hoping we see Brittany Miller on TV once again soon. Until then, her fans can catch up with her on her official social media pages.