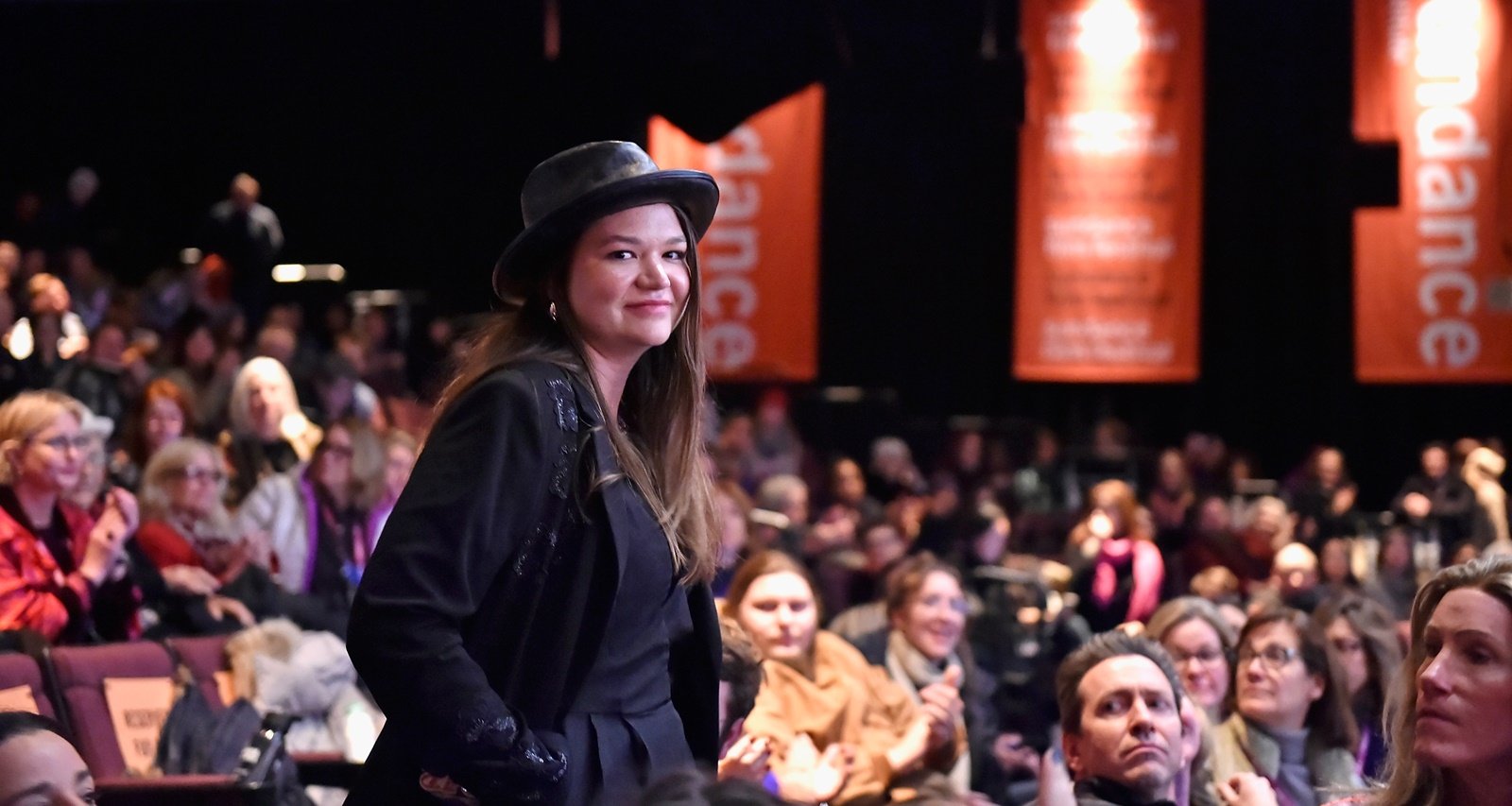 London-based political analysis company Cambridge Analytica was at the center of 2018’s most shocking scandal. And now the Facebook-Cambridge Analytica data scandal is the subject of Netflix’s revealing documentary The Great Hack, which premiered on July 24. Brittany Kaiser worked for the shuttered company and was a key player in exposing the user data harvesting. And she’s breaking down the details in The Great Hack. Who is the whistleblower who came with all the receipts? Our Brittany Kaiser wiki will better explain her role.

Brittany Kaiser Is from Chicago

Brittany Kaiser was born in Houston, Texas before her family relocated to Chicago, Illinois. Brittany and her sister, Natalie, grew up calling Chicago home.

They were raised in Lincoln Park while their father worked in real estate. Their mother was working with Enron, but left the company before bankruptcy forced it to shut down.

Brittany attended a Jewish day school in Chicago before she was sent to the exclusive boarding school, Phillips Academy, in Andover, Massachusetts.

Kaiser Studied in the U.K.

After graduating from Phillips Academy in 2005, Kaiser moved to the U.K. where she studied international relations at the University of Edinburgh. Before she earned her MA with honors in 2009, she spent a year at City University of Hong Kong as an exchange student.

Kaiser went on to receive her Master of Laws in human rights from Birkbeck College at the University of London in 2011. After completing a certificate in conflict analysis from the U.S. Institute of Peace in Washington in 2012, she would return to London the same year to pursue her PhD at Middlesex University.

Before she earned her PhD in international law and diplomacy in 2015, Kaiser did another certification in violence, conflict, and fragility from the World Bank Institute in D.C.

Kaiser Has Worked in the Political and Human Rights Fields

When she was in Chicago, Kaiser was a field manager and campaigner for the non-profit U.S. Public Interest Research Group and the fundraising organization, DialogueDirect.

Speaking at the Strategic Dialogue on ending labor trafficking at the Concordia Summit 2016, supporting the United Nations General Assembly with Public Private Partnerships.

She was also part of both Howard Dean’s 2004 presidential campaign and the media team for Barack Obama’s 2008 presidential campaign. “I remember him coming around one time when I had the Facebook page open,” Kaiser recalled about doing Obama’s Facebook campaign, “and he goes, ‘Oh! That’s me!’”

Before moving to the U.K., she did a year-long internship at the Human Rights Without Frontiers International and traveled to Brussels, Hong Kong, and Geneva. She also worked in South Africa with Tenteleni, an organization working to empower youth in Africa through education and financial aid.

She went on to work at Amnesty International in London and at the South Asia Human Rights Documentation Center in India.

Among her other jobs, she has worked as a field operations manager and administration clerk at the U.S. Department of Commerce in Chicago. She’s also handled marketing and communications for other companies.

Her globetrotting adventures working in human rights and political campaigns caught the eye of the SCL Group, a British data and communications firm. Over the course of a year, she’d run into now-defamed CEO Alexander Nix several times, who’d try to hire her expertise. In 2014, she would come to SCL Group, the parent company of Cambridge Analytica.

Kaiser Was One of the Facebook-Cambridge Analytica Whistleblowers

On March 23, 2018, it was reported that Kaiser exposed a massive scandal where the political analysis firm harvested data from Facebook users and influenced two of the biggest voting campaigns in recent history—Brexit and the 2016 U.S. presidential elections. She testified before the U.K. Parliament and also cooperated with Robert Mueller in his investigation of alleged misinformation in the 2016 elections through Russian channels.

In her testimony to the U.K. Parliament during its fake news inquiry, Kaiser claims the company harvested data from 87 million Facebook accounts through services like personality quizzes. The company reportedly used this data for political profiling. 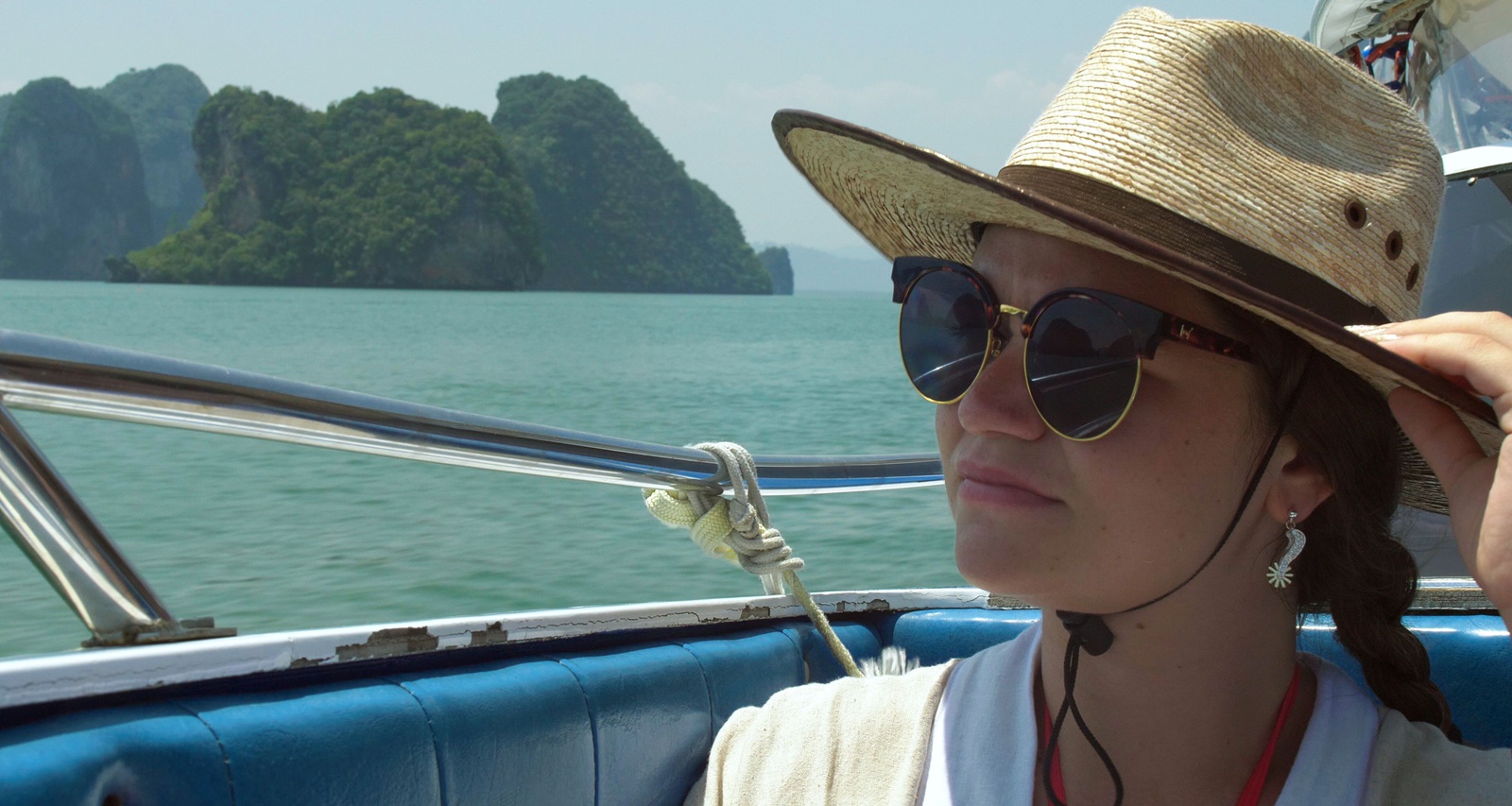 Whistleblower Brittany Kaiser Features on Netflix’s The Great Hack Which Is Based On Facebook-Cambridge Analytica Scandal, Photo: screengrab/Netflix

Kaiser alleges her former employer also used the Facebook data at sales pitches for potential clients. She doesn’t know the specifics of the data scraping and was more of a glorified salesperson. One of the clients she met during a sales pitch was Steve Bannon.

Where Is Brittany Kaiser Now?

After exposing the Cambridge Analytica scandal, Kaiser received a great deal of attention. And it was not necessarily positive. While some regard her motives as suspicious, her testimony has also made her a target of the people she exposed.

It’s believed that after blowing the whistle on the data scraping, Kaiser had to hide in Thailand. She’s even seen giving her interview on The Great Hack from Thailand. Whether she was hiding out there or simply vacationing, she’s not in Thailand anymore.

She’s now based in New York and works on blockchain technologies. She co-founded companies like Bueno Capital and CryptoHQ. She also co-founded and works with the Digital Asset Trade Association (DATA) based in the U.S.

She now advocates for greater user control over personal data with the #OwnYourData campaign. Ironically (or perhaps not so ironically) she campaigns for it on Facebook.

It has been a whirlwind film tour so far for Netflix's The Great Hack! Thank you to everyone that has come to support…

In the time since giving her testimonies to the U.S. and U.K. governments, Kaiser has given a number of interviews detailing her motives. She had also been working with Netflix for the production of The Great Hack, which premiered at Sundance in January and on Netflix on July 24.

She will also detail the data scraping scandal in her upcoming memoir, Targeted: My Inside Story of Cambridge Analytica and how Trump and Facebook Broke Democracy, Harper Collins announced in May 2019.

Texas-based software company Phunware announced in June 2019 that Kaiser has joined their board in advisory capacity.