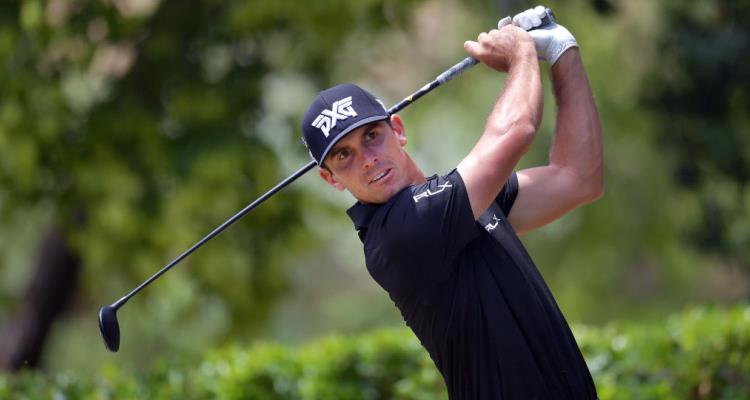 Golf pro, Billy Horschel, won another game last Sunday, but that’s not why he’s making headlines lately. Billy Horschel’s wife, Brittany made a surprising statement related to her husband’s emotional reaction at his latest match. Stick with us to get more details from our very own Brittany Horschel wiki.

Brittany Horschel (nee Nelson) was born on December 8, 1987 to Chase and Deborah Nelson in Chicago, Illinois.

Billy Horschel is Her Husband

Billy Horschel and Brittany Horschel got married in 2010 and have two daughters together: Skylar Lillian Horschel, born on September 27, 2014, and Colbie Rae Horschel, born on April 12, 2017. Skylar was born two days after her father won the FedEx Cup, a prize that awarded him $11.4 million in total! Brittany insisted beforehand that he stay and play, even if she went into labor. Billy was able to win the game and get to the hospital just in time to see the birth of his first daughter!

4 years?! Love you @billyho_golf. Cheers to us! Happy anniversary, sending all the x&o's to you across the oceans.

Billy had an emotional reaction to his Byron Nelson win on Sunday, and fans finally know why! It wasn’t about the pro golfer breaking his three-year-drought like fans assumed, it was far more personal than that. Billy’s wife revealed on Monday that she has been dealing with alcoholism for a while now and her husband has been her rock, she admitted on Twitter.

“One year ago, I began a journey to a healthy me; mentally and physically. I will keep this simple, I am an alcoholic,” Brittany, 30, posted on her social network account. “I say that now without shame. Admitting that to myself, family and friends have saved my life and my marriage.”

She added, “Billy silently battled through, with support from family and close friends, a very sad, scary and trying time,” Brittany wrote. “He deserves to soak in the glory of his win yesterday, throw his feet up and just let out a long, deep breath…. God only knows what went through that man’s head at the time.”

In a phone interview with USA Today, Billy commented on how proud he was of his wife’s courage to come forward with her addiction and struggles.

“She’s a strong woman,” said Billy. “She has overcome a lot and there is still a long journey ahead and a journey that will never end. But she’s very strong and she’s on the right path. I’m really, really proud of her.”

Brittany’s Instagram account has 1,661 followers and most of her posts are pictures of her family. From the birth of her daughters to everyday events with Billy, Brittany makes sure not to miss a single moment. Her most recent post has garnered much attention as her fans and total strangers have written to her to commend her for coming out with her struggle with alcohol. Her bravery and self-awareness has touched others, many who took the time to thank her for her honesty.

The latest post read, “I don’t know you. But, your courage to share your story and open up was really inspiring. We all fight demons even though they may not all have the same face. Sounds like you are on a good path and congrats to your husband!”

It continued, “Your message of his strength was so sweet and powerful. His actions show the true meaning of unconditional love to love someone even at their weakest point. I pray your family continues to heal and wish you all the best!”

First successful pool day of the season with my TWO girls in the books! ?‍?‍??#summerlovin2017