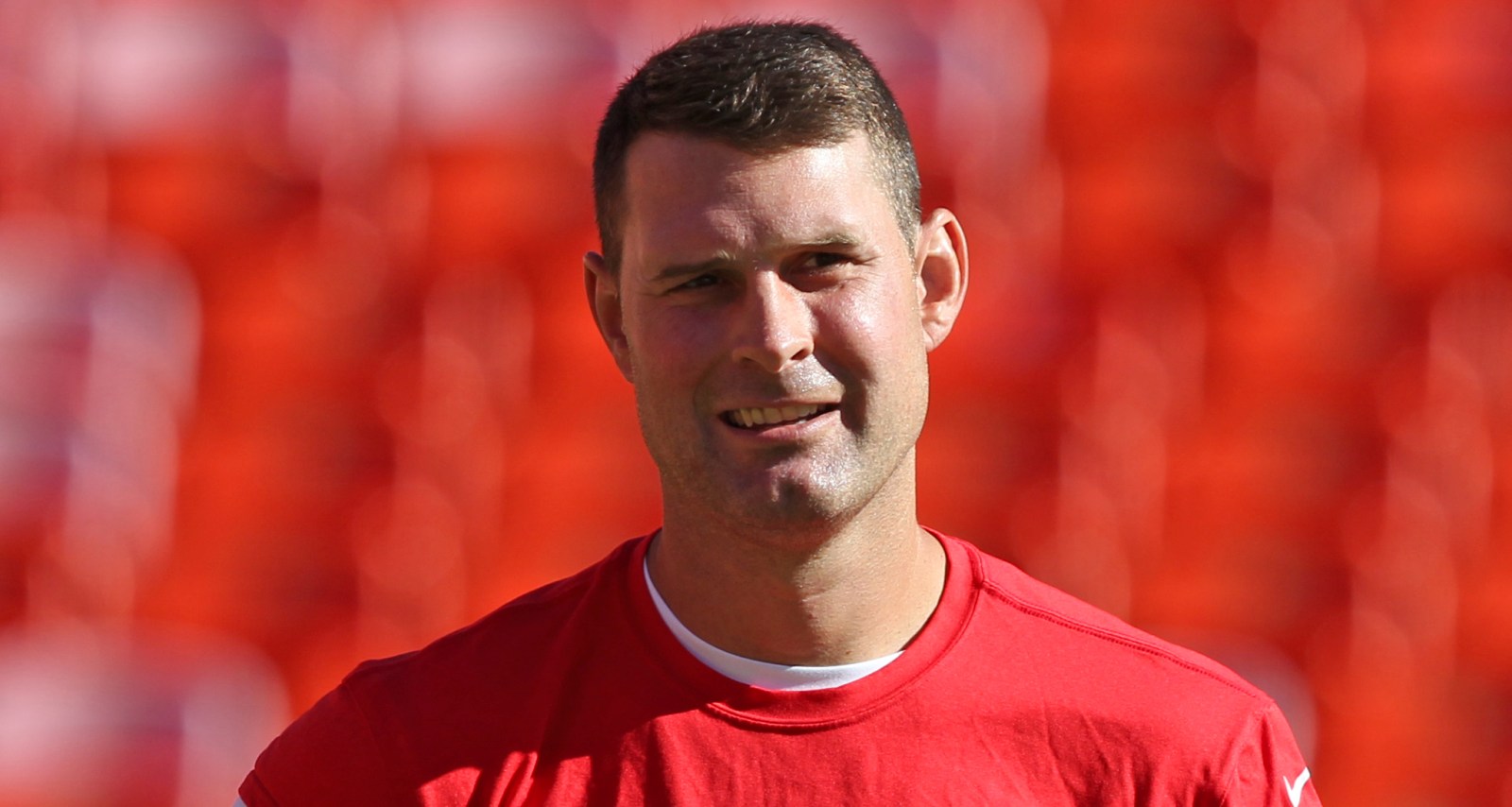 Chad Henne led the Kansas City Chiefs to victory against the Cleveland Browns after Patrick Mahomes’ injury. And the quarterback probably had his regular cheer team, aka his family, supporting him. Chad Henne’s wife, Brittany Hartman, was with him well before his professional career began, to learn and adapt to the pressures of being an NFL pro’s wife. We reveal how she accomplishes being an amazing WAG in Brittany Hartman’s wiki.

Brittany Diane Hartman was born on May 7, 1986 to Rick Hartman and Diane Stein Hartman. The family is from Pennsylvania, where Chad Henne is from, too.

Brittany grew up alongside her brother, Dr. Chris Hartman, and her sister, Stephanie DeLozier. Her siblings reside in Pennsylvania with their respective spouses and children.

Her father, Rick Hartman, is the founder and CEO of Finitura, a company based in Wernersville. He recently celebrated his wife, Diane, getting the Pfizer COVID-19 vaccine in January.

Chad Henne transferred to the Wilson School District in 1994 to start third grade. That’s where, years later, he began dating Brittany Hartman, a fellow student at Wilson High School. They would go on to attend the University of Michigan together.

Henne was picked by the Miami Dolphins in the 2008 NFL draft. According to Bill Parcells, he was selected because he was tough—he could get hit and still keep playing.

That quality showed when Henne went down on one knee and proposed to his high school sweetheart with a 5.2 carat diamond on July 11, 2008. Before he got the answer he was hoping for, Hartman hit him first.

“She thought I was joking around,” Henne said with a smile. “But I was like, ‘No, I don’t think so.’ ” Fortunately for him, Brittany realized that it wasn’t a prank soon enough for her to give him a yes.

On July 3, 2010, the day after Henne’s 25th birthday, the quarterback tied the knot with Brittany Hartman. They postponed their honeymoon to the next year, so he could return to playing right after their wedding.

Hartman was pregnant with their first child while Henne was in Denver for a game. When she called him and said she was in labor, he wrapped up the game first before boarding a plane back home.

While he was on the plane, his wife gave birth to their son, Chace, on October 13, 2013. Chace came a week earlier than planned.


“It’s tough. It was a week early. It was supposed to be due when we were in London and we were going to induce this Friday and God gave him to us early. I’m just glad she’s healthy and the baby is healthy,” Henne said a day after their son came home.

He recalled saying when his wife called, “There’s not much that I can do. Even if I got home, how do you know you’re going to make it anyway. So I just went out and tried to concentrate on what we had to do against Denver.”

The birth of their second child was relatively uneventful. Their daughter, Hunter Henne, was born on December 21, 2015.